Randeep Hooda is 'a treat to work with,' says Danish Sood

New Delhi, Dec 9 (IANS): 'Fame Game' actor Danish Sood enjoyed being part of the web series 'CAT' and playing the role of Randeep Hooda's brother. The actor shared why he thinks Randeep is a perfect co-actor and why people would love to watch the web series.

He said: "I played his younger brother on screen and because of his compassion and guidance on set, I felt like his younger brother off screen as well. He's one of those actors who gives his all to the performance. He was completely immersed in his character and I really admire that about him." 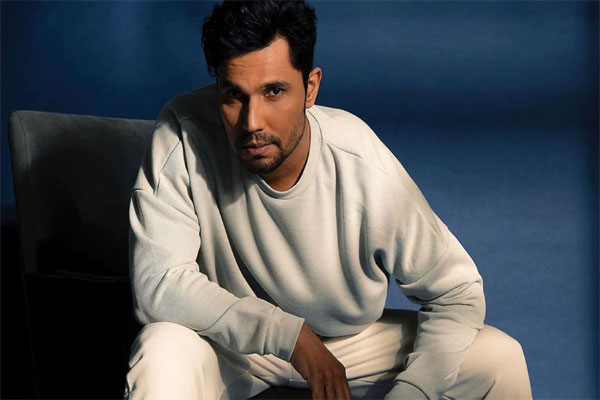 Danish continued: "When he's on set, he's very methodical and dwells deep into his character. We have a lot of scenes of familial brotherly nuances from giving me milk and almonds so that I can study for my exams, dropping me to airports, fighting and arguing over dinner to eventually picking me up from jail. Randeep's character holds a very father-like position for Sunny and he surely translated it on screen."

Danish is known for his works in 'Jugaadistan', and 'Hostages 2'. He also composed the song 'Jaanu Na' for 'Mismatched 2'.

The actor said that he learned a lot from Randeep. "He puts his heart into his work and you can see it in this show. It was a treat to work with him. There was so much give and take and he had great feedback in terms of the performances, script and the scene. There was a lot of learning from him on set. His commitment and diligence are remarkable and it's inspiring for any young actor."

While talking about his role, he told IANS: "I play Sunny aka Sarabjit Singh , a Punjabi boy, whose day to day life is filled with drudgery and poverty. Like every Punjabi kid of his time, he dreams of going to Canada to pursue a stable life with a better quality of living with his girlfriend. His abuse and his love keep him distracted from faring well in IELTS causing him to take drastic decisions to fulfil his Canadian dream."

He elaborated on how the show brings out the issue of drugs existing in Punjab: "More than just the drugs, the show revolves around brotherhood and what lengths Randeep's character go to save his brother. 'CAT' is about the journey of this man who wants to protect his brother and can do anything for his family. He goes rogue uncovering some dark truths about our past and the drug racket infiltrating the youth in Punjab."

He went on: "Punjab has always been infamous for chitta aka 'heroin' and the show displays the after effects of constant drug abuse and how it disrupts your everyday life. How drugs change people's behaviour and how it challenges their decision making process adding more and more complications to their already difficult lives."

'CAT' is streaming on Netflix.

Title: Randeep Hooda is 'a treat to work with,' says Danish Sood