Kolkata, Dec 8 (IANS): The results of the Gujarat Assembly elections have proved that Congress has lost its relevance to lead any national front against the BJP for the 2024 Lok Sabha elections, West Bengal's ruling Trinamool Congress said.

Trinamool leaders also claimed that the Gujarat results also prove that West Bengal Chief Minister Mamata Banerjee is the only credible face against the Prime Minister, Narendra Modi to lead a "third alternative a democratic, progressive and secular" alternative against the BJP at the national level. 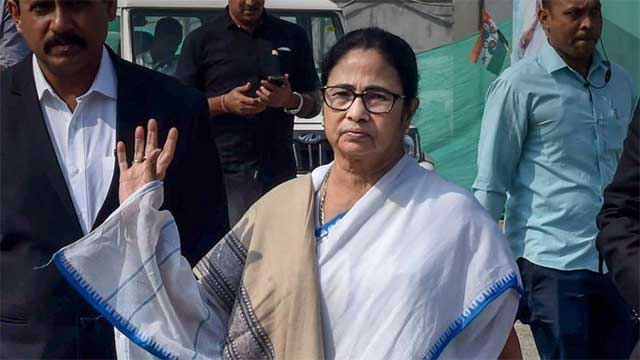 "In Gujarat, the main fight was between the BJP and the Congress and the latter had a lot to prove there. But despite making some progress in Himachal Pradesh, the Congress failed miserably in Gujarat. On one hand, the Congress is conducting Bharat Jodo movement to unite India. But it failed to unite Gujarat.

"Congress should introspect. Those who failed in Gujarat will never be able to control Lok Sabha through its own decisions and strategies," Trinamool state General Secretary and spokesman Kunal Ghosh said soon after the results in Gujarat indicated a landslide victory for the BJP and the worst-ever results for the Congress.

He also said that the Gujarat results prove that right now, Banerjee is the only alternative against Modi to lead a third alternative at the national level.

"It is yet again proved that Trinamool Congress is the most relevant and important alternative in case of a third anti-BJP alternative for a democratic, progressive and secular force. Only Mamata Banerjee, a seven-time Lok Sabha member, four-time Union minister and three-time Chief Minister, is the only alternative face against Narendra Modi," Ghosh said.

State Congress leadership, however, have rubbished Ghosh's claim, saying that Trinamool should first try to expand its base outside West Bengal before aiming an important berth in national politics.

"Trinamool Congress's base anywhere outside West Bengal is zero. So, the party leadership should first focus on this factor before questioning the credibility of Congress," said state Congress leader Kaustav Ghosal.

Political observers feel that at a point of time, the Trinamool was fast losing its space in the anti-BJP national forum especially after its decision to refrain from voting in the polls for election of the Vice President, and the party leadership is viewing Gujarat polls results as an opportunity to regain that lost space.

"However, it is too early to make any prediction on this count," senior political observer Arundhati Mukherjee said.