Udupi: Cong calls out to Dalits for support

Udupi, Dec 8:   "Dalits are the backbone of the Congress party. To bring them back to the party, Congress is organizing  an Ikyatha Samavesha. The Dalits should hold hands of Congress, said state president of scheduled caste cell R Dharmasena.

He was speaking to the media after visiting the district Congress office here on Thursday, December 8.

"The Congress party was powerful but due to various other reasons, it is lagging behind. The country needs Congress party. So, the Dalits should join hands to bring the party back to power," he said.

The party has fulfilled the demands of OBC, minorities and Dalits. 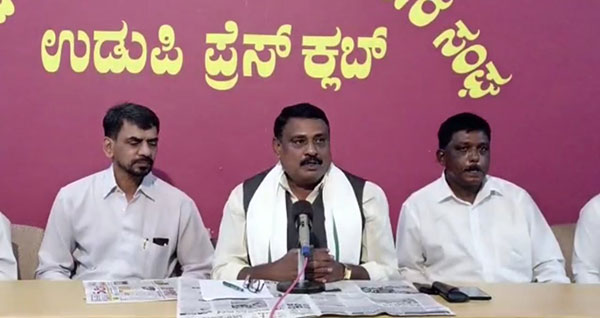 He also alleged that the distribution of land was not done properly in coastal Karnataka.

"This will not bring fame to their party. The chief minister should answer which party is called Gangotri of Corruption."

Administrative Convener B M Muniraju and others were present.

Title: Udupi: Cong calls out to Dalits for support