Bengaluru, Dec 8: The Asia Pacific Literary Festival (APLF) hosted by Alliance University’s School of Liberal Arts, in association with Asia Pacific Writers and Translators Inc (APWT), came to a grand finale on Noveber 30. It was a three-day extravaganza that took place on the University’s Central Campus from November 28 - 30. It featured an exciting line-up of authors, translators, performers from around the world, along with tantalising cultural events, that showcased the best of the creative and intellectual forces of the Asia Pacific region.

The event was inaugurated by noted mythologist and author, Devdutt Pattanaik, who delivered a keynote address on 'Is there an Indian approach to Management?'. Over the three days there were well-received talks and keynotes by world-renowned authors, journalists and activists including Victor Mallet, Irom Sharmila, Tom Doig and Rochelle Almeida as well as talks and panels by AWPT chairs Sally Breen, Ravi Shankar and Helder Beja. 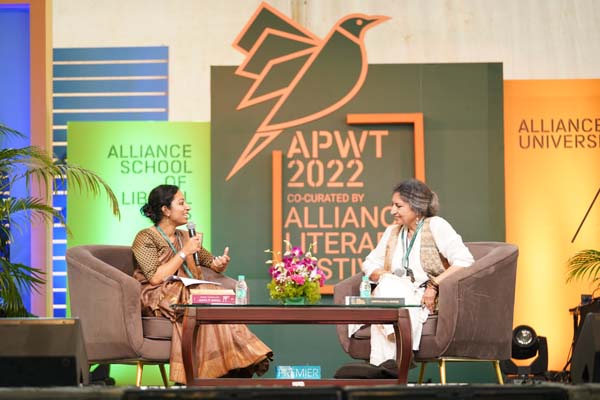 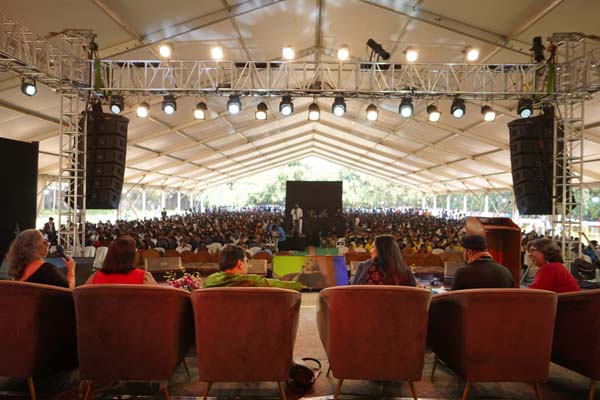 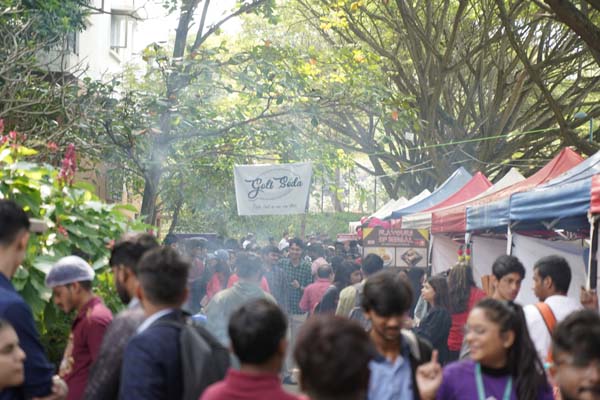 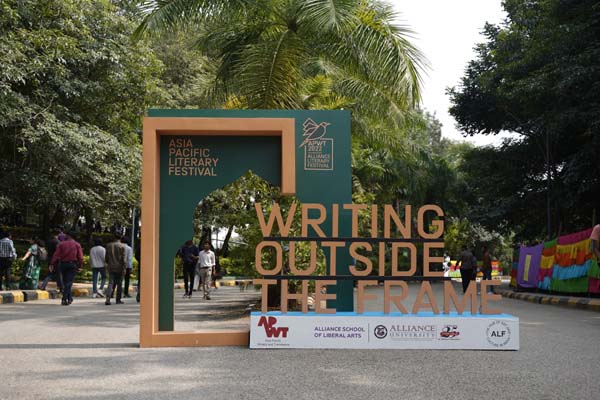 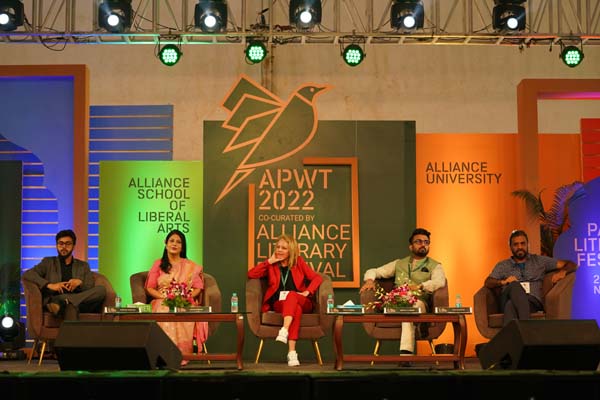 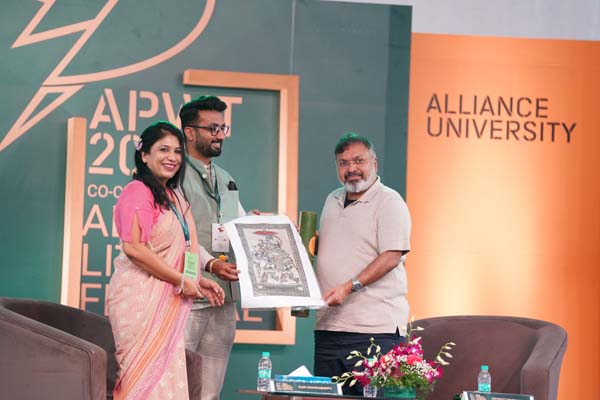 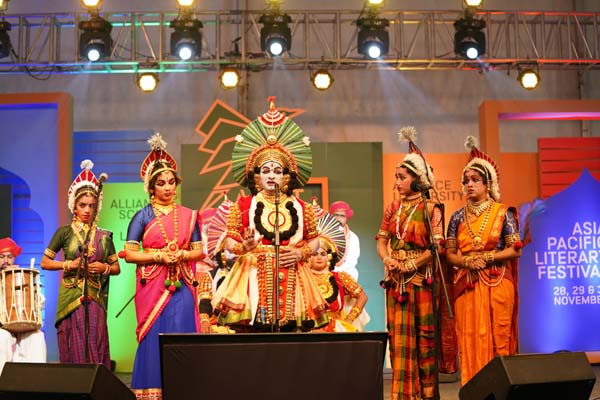 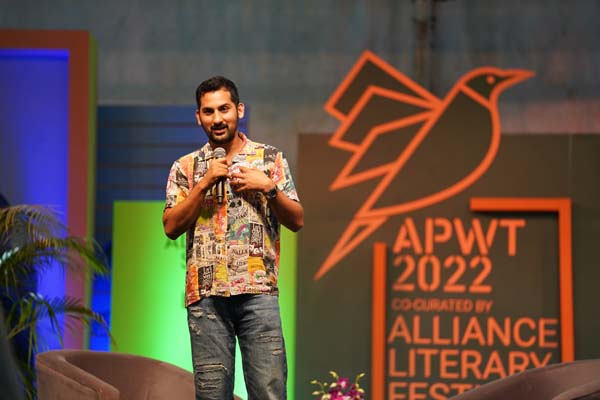 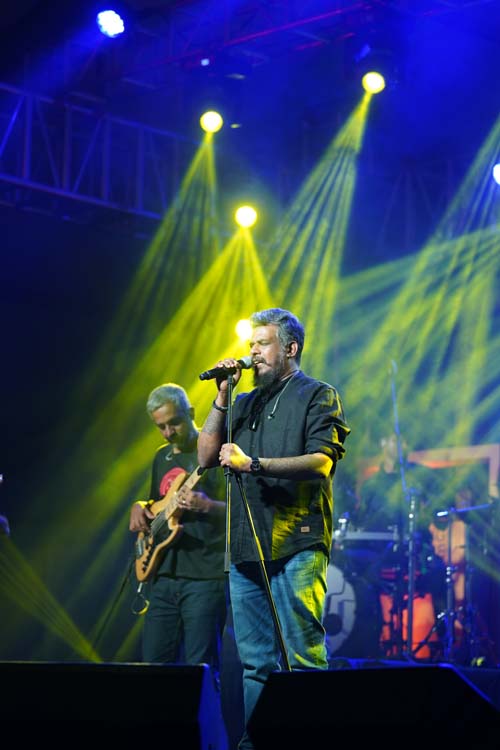 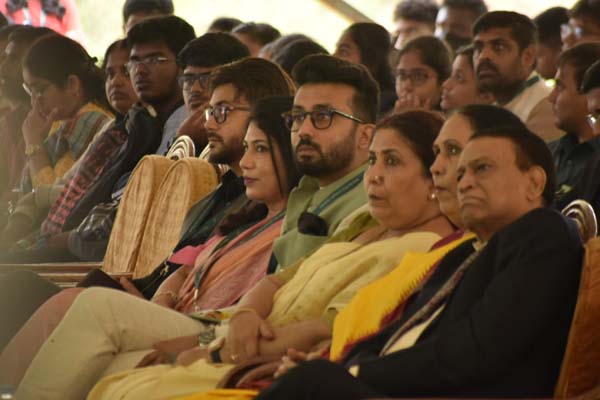 The closing keynote on the final day of the festival was conducted with International Booker Prize winner, Geetanjali Shree on her award-winning Hindi novel, Ret Samadhi (trans. Tomb of Sand). The festival came to an end with spectacular performances by stand-up performer Danish Sait and Carnatic rock musicians AGAM.

This festival marks another milestone for Alliance University which launched its School of Liberal arts earlier this year and organised the first ever University led literary festival (Alliance Literary Festival) in India in May, in its quest to become a hub of interdisciplinary learning, as well as art and culture. In hosting and co-curating this festival with AWPT, Alliance University continues to redefine the idea of the Indian University and its possibility to shape well informed global citizens.

The theme for the festival was 'Writing outside the frame' that brought together an exhilarating confluence of styles, modes and mediums of literature that evade convention. The panel themes ranged from speculative and hybrid fiction, writing and activism, creative writing, the challenges of publishing, women’s writing, heritage and myth, the power of the short story, writing through trauma and writing for kids and young adults.

Along with the panels the festival consisted of creative writing workshops, creative showcases and reading sessions with several poets and authors and book releases of the writings by Inderjeet Mani, Meher Pestonji, Saeed Ibrahim, Helen Burns, Mani Rao, Malachi Edwin Vethamani, Sara F Costa, Siddharth Dasgupta, Vinita Aggarwal, and many others. It also had several fascinating workshops, ‘Art of Indian Calligraphy’ by Sutirtha De, Creative non-fiction writing by Mihir Vatsa, You’re the Boss: Writing as a Business by Vanessa Barrington and The Art of Indian Storytelling by Vikram Sridhar.

The University campus was transformed into a landscape of light and colour during the event with art installations, bookshelves, diverse culinary carts, and handicraft and loom. On all three days the audiences were enthralled by cultural and musical sessions like Yakshagana, Experimental Movement, Film screenings, Battle of the Bands, Dance Wars, and Unplugged Music sessions through the day.

Along with an invigorating set of events on the University campus the festival also included sidebar events in different venues across the city including dinners, cultural and social events, reading sessions and exchanges with other eminent guests.