'AAP only option to defeat corruption, Delhi voters showed it'

Panaji, Dec 7 (IANS): Expressing happiness over victory in Municipal Corporation of Delhi (MCD) elections, leaders of Aam Aadmi Party (AAP) in Goa have said that the people of Delhi have shown that AAP is the only option to defeat corruption. 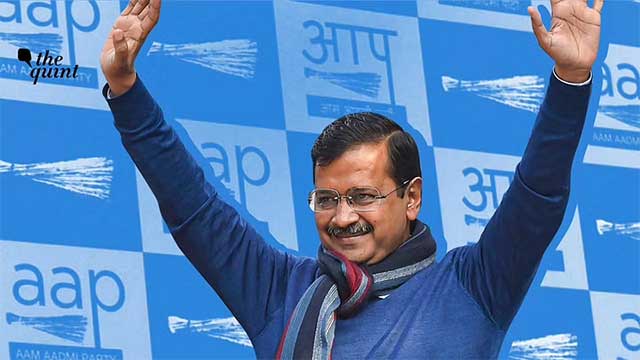 "It was not an easy task. BJP's Ministers and MPs were camping in Delhi to canvas for election. They tried to divert our focus in Gujarat and in Delhi by postponing the MCD election. Despite this all, people of Delhi have given results to defeat corruption," he said on Wednesday.

"People of Delhi have shown that AAP is the only option to defeat corruption. We will show the real 'double engine' by making progress," he said.

Valmiki Naik, vice president of AAP in Goa, said that BJP while ruling the MCD for the last 15 years indulged in corruption and failed to address the garbage issue, "hence people have rejected them".

"People have seen the work of Arvind Kejriwal and AAP. Hence, they gave an overwhelming victory to AAP," Naik said.

"In the last seven and half years, the AAP government has been facing trouble from the central government and also from MCD. But today, the people of Delhi have given a mandate to make progress. In the next one year, people will witness 'parivartan' in Delhi. It will not be like a fake double engine of BJP, but a true double engine government of AAP will work for the public," AAP leader said.

"In Goa, we have witnessed how the people are suffering. BJP has failed to complete work on 'Smart City' in Panaji, despite its assurances and claims of a double engine government," Naik said.

"In Delhi, now a real double engine government will run. We thank the people of Delhi for choosing AAP," he said.

AAP's another Vice President Adv. Surel Tilve said the MCD election result is the effect of progress made by their party in Delhi.

"MCD elections were delayed by the BJP but even after that, it could not win the election. It is because people have witnessed the work done by AAP in Delhi. People have acknowledged it by giving victory," Tilve said.