The snake which arrived at the house of Deepak, resident of Aranthottu was swallowing a hen. The family members immediately informed Snake Ashok of Laila. He came to the spot and rescued the snake. 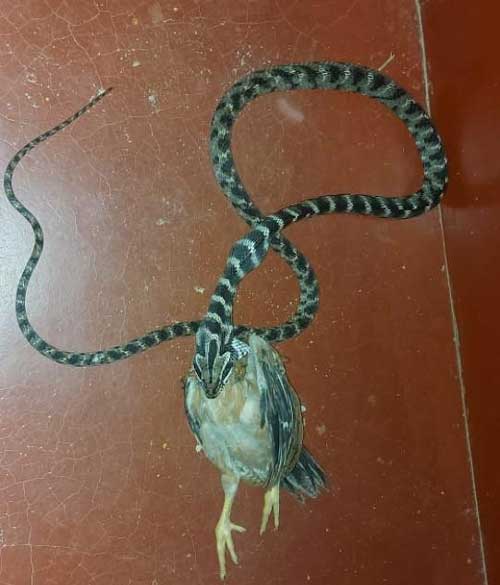 Saribala or Forsten’s cat snake is mostly found in Gujarat, Kerala and forests of Western Ghats in Karnataka. It is very rare to find them in areas inhabited by human beings. They mostly move around in the night. Small birds, eggs, rat and bat are its main diet.