Mangaluru, Dec 5: After successful shows of ‘Raja Rani’ stand-up comedy season one, hosted by comedy king Prashanth CK on Daijiworld 24*7, the second season of ‘Comedy Raje' is all set to begin now.

Various theater actors and the general public from the district and other districts including rural areas are ambitious to participate in the programme. Moreover, female contestants irrespective of age are ready to take part in the programme. 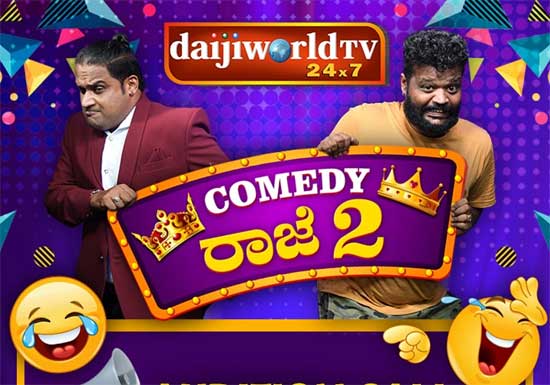 The programme is likely to begin in December.

It may be recalled, Harshith Shetty was the winner of the first season.

Arpith Indravardhan will be one of the judges for the programme.

The first season had gained a lot of popularity and overwhelming response from viewers. As per the demand of viewers, Comedy Raja Season 2 has been started.