Every morning he would instruct his wife Fatima to pack a few 'rotis', he put them in his pocket and at various stops of his ST bus en route, would distribute them among a few poor people he encountered. 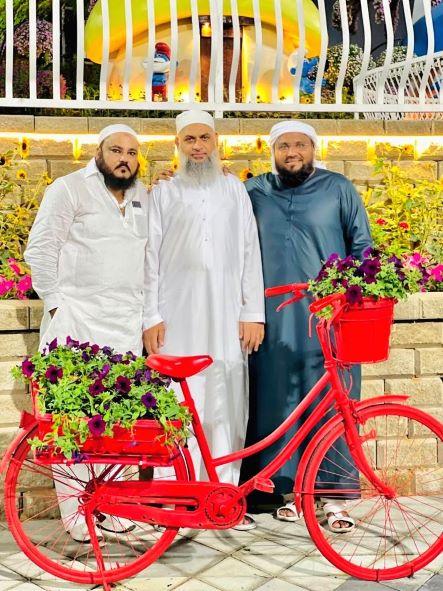 His young kids -- sons Aman, Aslam and daughter Farida -- closely watched all this but often wondered at their father's undue concern for others when they themselves eked out a bare existence in a 200 square feet slum tenement in Yavatmal.

Years later, Aman, 45, and Aslam, 43 are successful business magnates in Congo, (formerly Zaire), Africa, and Farida I. Budhwani is a housewife in Mumbai, but now they warmly cherish their simple father's small acts of charity for fellow beings.

"We brothers completed our high secondary school (Class XII) and got jobs in Uganda, so we went there in 1998. In just three years (2000), we got an offer to start a pharmaceutical business in the adjoining country, Congo, and we grabbed the opportunity," Aman told IANS.

That was the turning point for the Narsinghani brothers, and they became the first Indians to start a business in Congo, and their venture is named Sara Pharmaceuticals.

"Many Africans have a fetish to pop in medicines for everything... We imported various types of medicines from India or China and then sold them there... Slowly, that tiny business has grown into a pharma-cum-electronics empire with a turnover of over Rs 1,200 crore per annum," said Aman.

On their frequent trips back home from Africa, they never forgot their father's daily habit of donating 'rotis' or his wise advice - 'Let nobody go empty handed from my door' - and decided to do something to take it forward.

"From 2009, we have launched a community kitchen that feeds around 750 people for lunch and some 250 for dinner daily... 98 per cent of the beneficiaries are the local poor people, irrespective of religion or status, all are equally welcome..." said Aman.

The daily offering through 'Khidmat-E-Khalk' (Selfless Service) is either good quality rice-vegetables, lip-smacking vegetable or chicken biryanis and other foodstuff as the people may desire, and distributed at a couple of locations in Yavatmal, 365 days a year.

It was during the Covid-19 pandemic (2020-2021) lockdown that the small kitchen proved its true worth and utility for lakhs of deprived people, especially the migrant folks stranded far from home.

"In the first six months of the stringent lockdown, we fed over 1.50 crore people…We also distributed food-kits of around 25 kg rations worth Rs 2 crore to the helpless people who had lost their jobs," said Aslam.

After the lockdown eased a bit from October 2020 onwards, the Narsinghani brothers shifted their attention to the local Shri Vasantrao Naik Government Medical College & Hospital, where they served free food to all the patients for over one year.

As the pharma business of the siblings flourished in Central Africa, the duo also progressed, upgrading from their humble 200-sq.ft. slum abode to a palatial 10,000 sq.ft mansion in Yavatmal, where they rank among the most esteemed citizens.

The devout Khoja Muslim, Abdul Narsinghani, who gave his children an invaluable lesson to care for fellow humans, witnessed everything with joy and pride. He passed away peacefully in 2015, while his widow Fatima, 71, continues to guide and support her two sons in all their ventures.

Doing business in Africa is not everybody's cup tea, given the political turmoil in many countries there, plus the social, cultural and language barriers, but the Narsinghani brothers managed to learn Swahili in just a couple of years and were accepted with open arms in Uganda, Congo and other countries in Central African region.

"Though we have seen a lot of social-cultural-political upheavals there in the past 25 years, but luckily, the Indian community there does not face problems from any quarter and we are probably treated as 'more than equals' among the rest," Aman smiled.

The pharma business has gradually expanded within Africa, and lately the duo diversified into electronics trading which is picking up hugely through their several retail outlets.

"The Almighty has been magnanimous and benevolent to us and coupled with what our parents bequeathed us, we are trying in our own little way, to repay all the blessings," acknowledge the Narsinghanis.