Panaji, Dec 3: “It is urgent today to proclaim the kingdom of God. There is no time to be lost in gossip, there is no need to wait for everyone’s consensus, what is necessary is to go out and proclaim," said Archbishop Leopoldo Girelli, Apostolic Nuncio to India and Nepal. 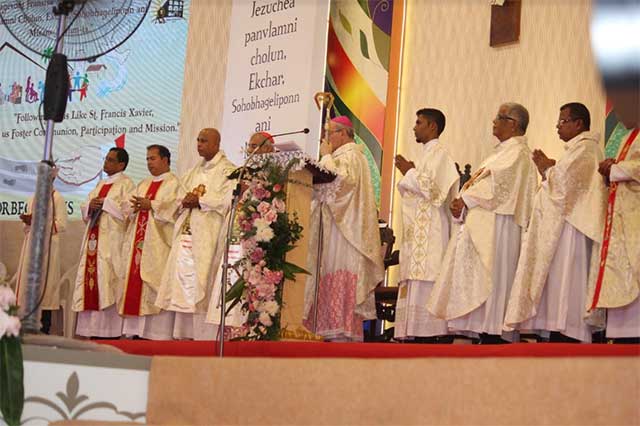 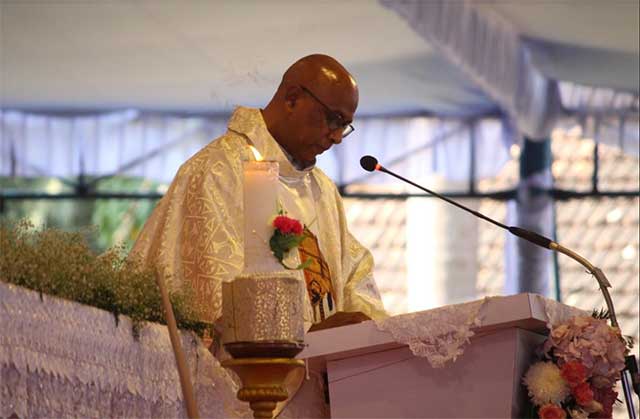 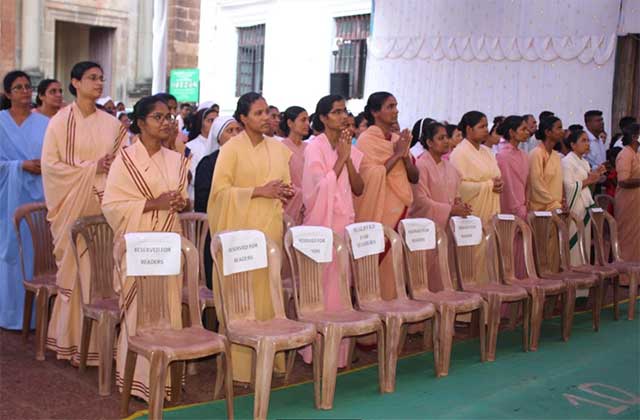 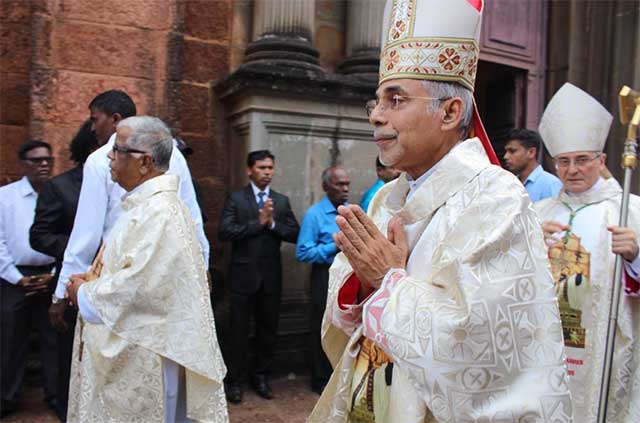 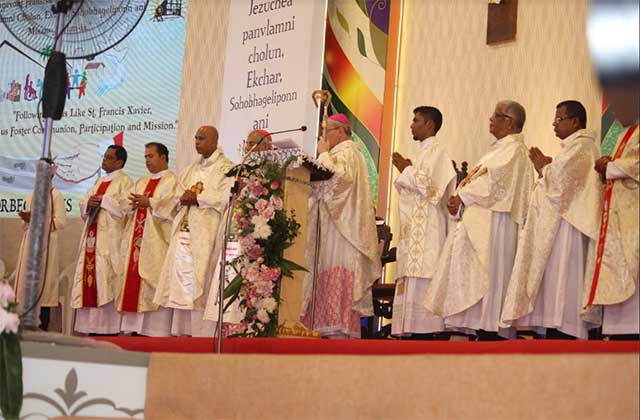 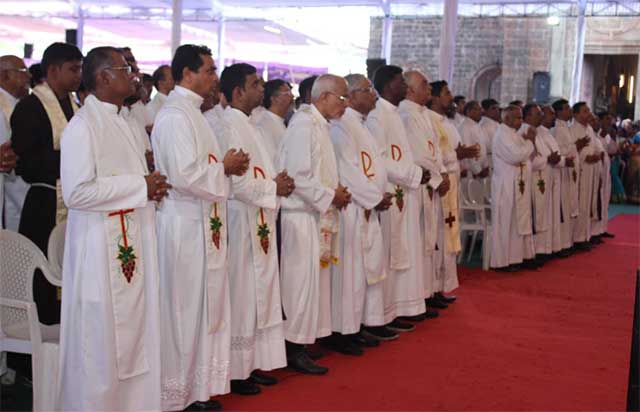 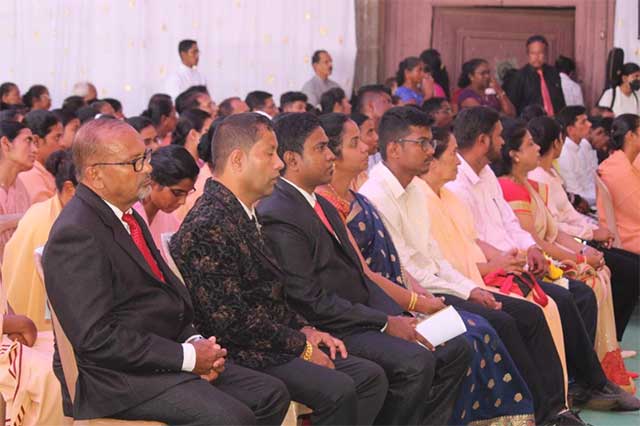 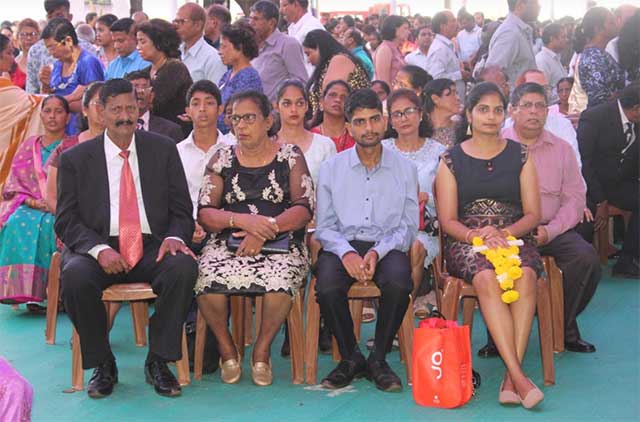 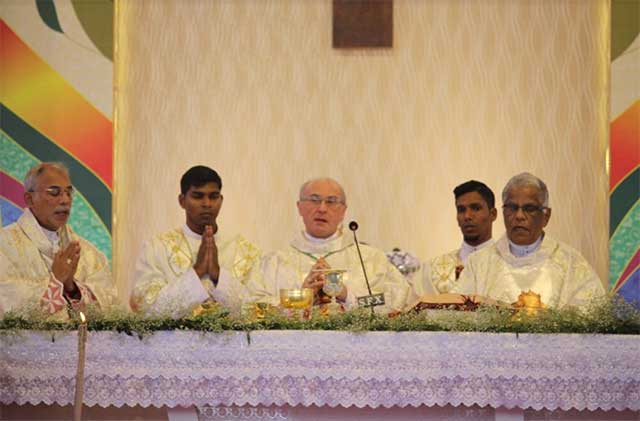 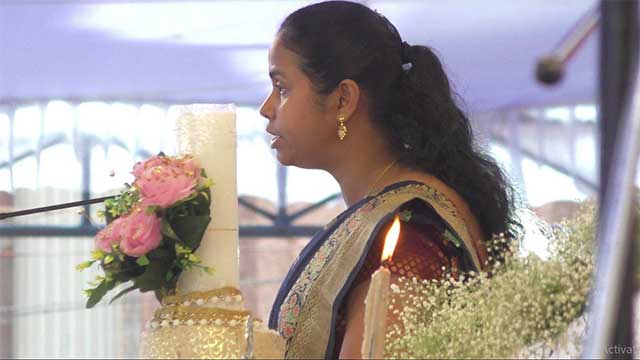 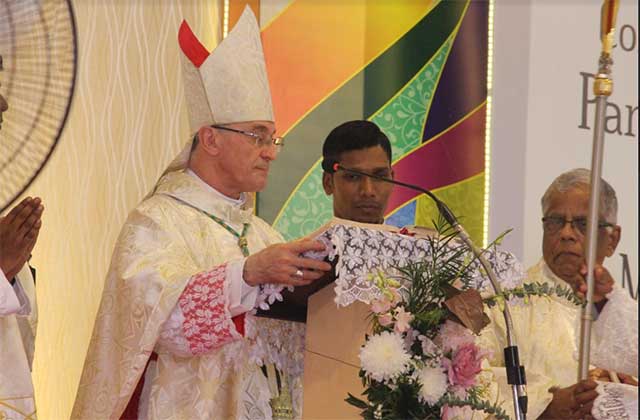 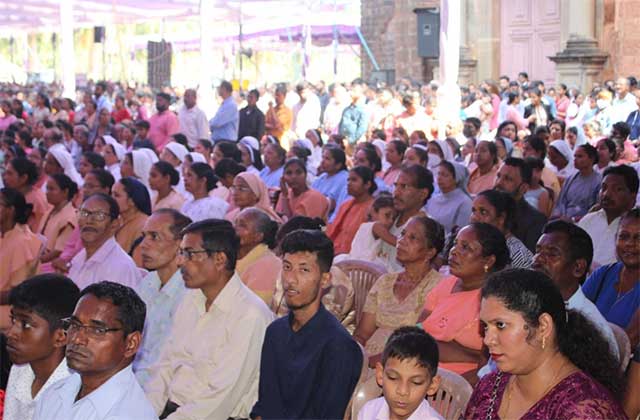 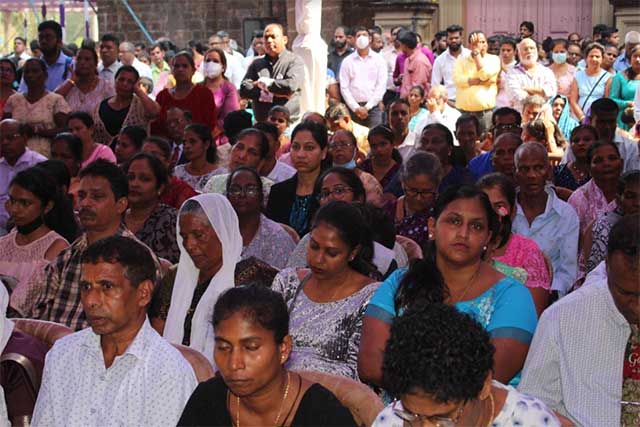 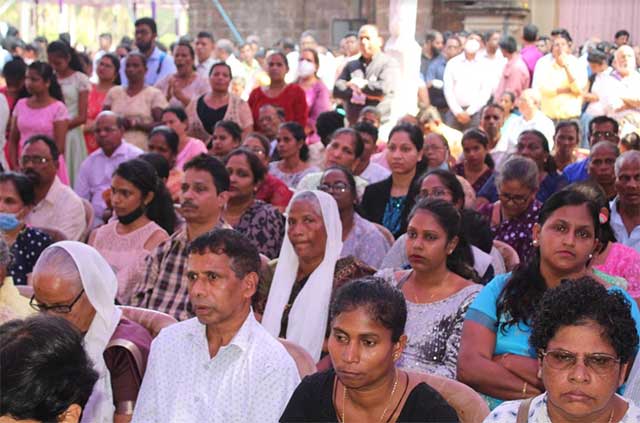 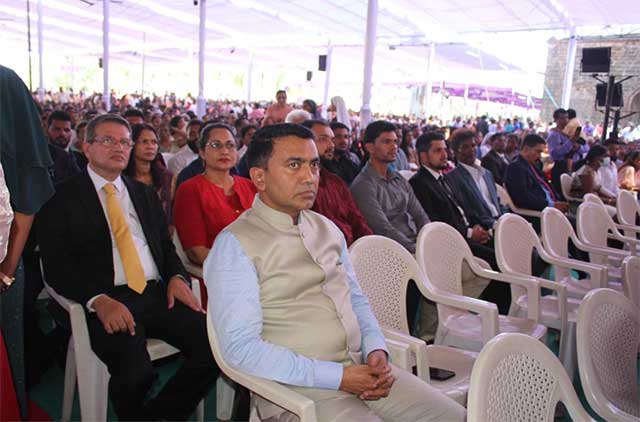 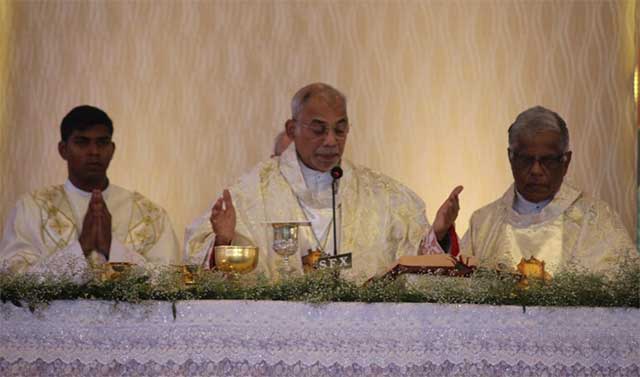 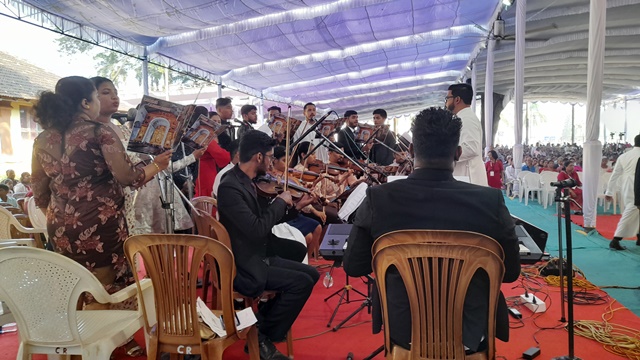 “Let us allow Jesus to enter in our lives who invites us to go out to the margins of life and proclaim the Gospel. Let us resolve to give Christ the central place in our lives and to obey his command to go therefore to make disciples of whole nation,” Prelate added.

Recalling the life and mission of St. Francis Xavier, Apostolic Nuncio said that St Francis Xavier known as one of the greatest preachers of Apostolic zeal since the time of the apostles. “After the great ambition to bring the world to Jesus Christ, he proclaimed the Gospel to all people specially the poor and the sick, spending most of this time in ministering their needs,” Archbishop Leopoldo said.

He expressed his joy to know that St Francis Xavier is fondly revered by several Goans irrespective of caste, creed and religion and is popularly and affectionally called as the GOYCHO SAIB. Several people from all over the country flock to this Basillica to seek God’s protection and grace through his intercession. “It was this saintly priest, who walked the streets of this city giving solace to so many and imparting to them the values of the kingdom of God,” he said.

“Each one of us should take cognizance of our God’s given talents and use them for building up the kingdom of God. And if we are faithful to his calling, he will equip us for our work in his vineyard. No matter, how tough our challenges may be. Every believer of Jesus Christ, as the light of the world , called to shine before others. There is a urge to proclaim the Gospel of Jesus Christ. Who is the true light that enlightens everyone,” Apostolic Nuncio said further. He referred the constitution of Dei Verbum of the Second Vatican Council which reminds the faithful of the Christ’s command to the Apostles and others associated with them to preach the Gospel to the world.

Archbishop Filipe Neri Cardinal Ferrão welcomed the apostolic nuncio, priests and religious, ministers, MLAs, government officials and pilgrims from Sindhudurg, Kolhapur, Belgaum, different parts of Goa and thousands of faithful participated in the feast mass. Fr Mansueto Fernandes, assistant parish priest of Our Lady, Queen of Martyrs Church, Assolna led the liturgical singing for a meaningful liturgy. Fr Afonso Mendonca, director of Diocesan Liturgical Centre, animated the liturgy and Fr Clive Diniz was the liturgical commentator. Fr Patricio Fernandes, proposed a vote of thanks. Archbishop Filipe Neri Cardinal Ferrão appreciated Fr Patricio and his collaborators for organising the Novena ana feast of St Francis Xavier in a prayerful atmosphere and expressed his sentiments of gratitude to all those present for the solemn feast Mass.

There were ten masses on the feast day. Novena in preparation to the feast began on November 24 wherein each day was dedicated for the intention of all the centres, commissions and other bodies of the Archdiocese. A day for the priests, religious brothers and consecrated women were also dedicated. There were masses in Tamil, Malayalam, Hindi, Portuguese, and English apart from Konkani during the days of Novena. One/two deaneries together celebrated 8.15 am and 9.15 am mass during the days of novena.

An inter-religious prayer meet was also organised in the main pandal during one of the days of Novena. Men religious congregations also celebrated evening mass during the days of the novena. Pilgrims from Kolhapur, Belgaum and Sindhudurg came walking for the Novena and feast of St Francis Xavier. Many Goan devotees too walked to old Goa for the feast.