The order was passed on Friday by a division bench of Chief Justice Prasanna B. Varale and Justice Ashok S. Kinagi, on a petition filed by MRT Music, the copyright owners of the music in the blockbuster movie starring Yash. 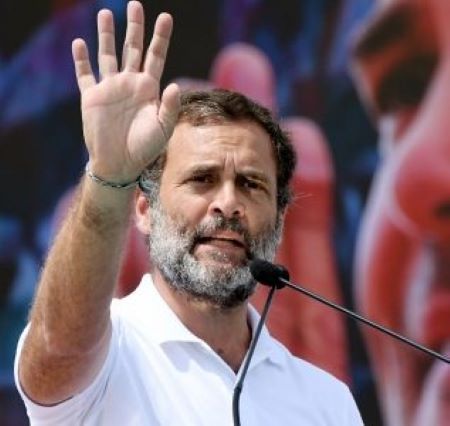 The contempt of court notice was ordered against the Congress leaders for allegedly violating an undertaking to remove the songs from a promotional film on the Bharat Jodo Yatra on social media platforms.

As part of his Bharat Jodo Yatra, Rahul Gandhi had traversed Karnataka over three weeks in October.

The film had been uploaded onto the social media platforms by the Congress party.

The petitioners submitted that on November 8, senior advocate Abhishek Manu Singhvi representing the Congress leaders, had given an undertaking to the court that they would remove the alleged offending material from its social media handles by November 9, and "has no intention whatsoever to use the same in future".

On November 8, another division bench of the High Court had set aside another court's ordering social media platforms to block the Congress party's handles, and an electronic audit to ascertain if the copyrighted contents had been illegally used.

MRT pointed out that the content was still accessible on the social media accounts of the Congress party.

As a result, it filed the current contempt complaint, claiming that the accused leaders had disobeyed the High Court's ruling.

The petitioner also accused the Congress party of allowing people to download these clips containing the songs, from its social media platforms.

The plea read: "It is respectfully prayed that this High Court may be pleased to initiate appropriate action and/or proceedings for wilful disobedience and breach of the order dated November 8."

The court has issued the notice to the Congress party and the matter will be taken up next on January 12, 2023.