'All people living in India are Hindus': RSS Chief

Patna, Nov 29 (IANS): Rashtriya Swayamsevak Sangh (RSS) Chief Mohan Bhagwat has said that all Indians were Hindus in the past. Hence, they are still Hindu.

Bhagwat is on a two-day tour of Bihar and he participated in a yoga event in Darbhanga district on Monday.

"Whatever the religion of the people have at present in the country but their ancestors were Hindu in the past. Hence, they are still Hindu," he said while addressing the followers of RSS. 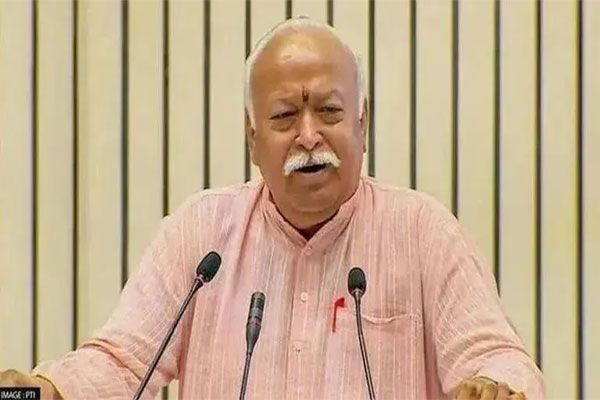 "Sangh has a dream to unite every person in the country. People who are connected with RSS have an identity which is revealed through a unique band ('RSS Band'). We want to build our country in such a manner that there would be no requirement for that band. I also want to say to the people of the country that they don't get influenced by anyone's statements. You should evaluate the situation and then take the decision," Bhagwat added.

During the event, Jibesh Mishra, former Cabinet Minister in the Nitish Kumar government, said that the arrival of Mohan Bhagwat will give new energy to the country.

"The way Bhagwat appealed to the people, they will join RSS in large numbers. The strength of RSS will increase more in the country and the organisation will expand more," Mishra added.

Title: 'All people living in India are Hindus': RSS Chief