Bengaluru, Nov 27: Karnataka Pradesh Congress Committee President D K Shivakumar has lent his support to the struggle for demanding reservation benefits to the politically dominant Vokkaliga community, which is quite predominant in the Old Mysuru region. 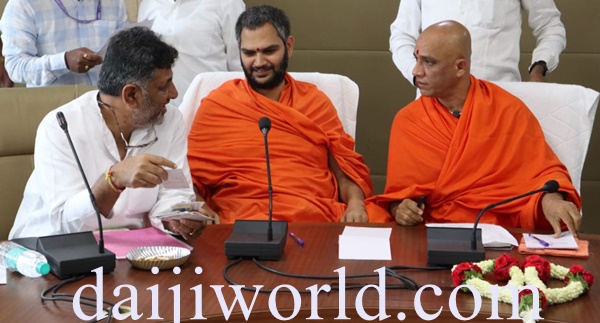 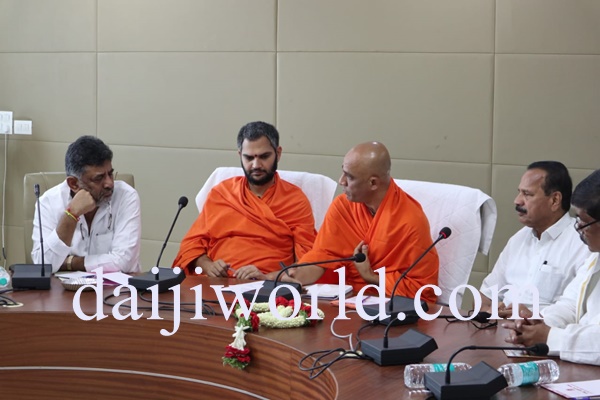 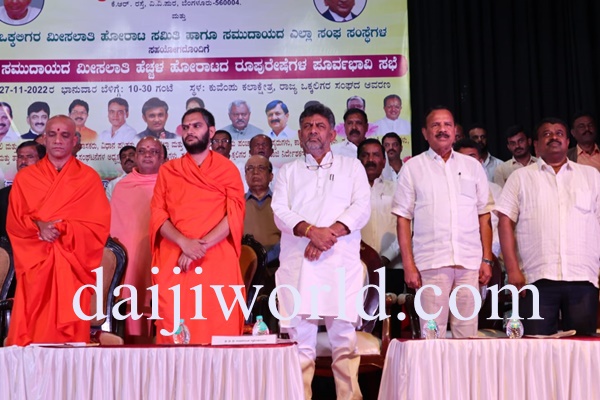 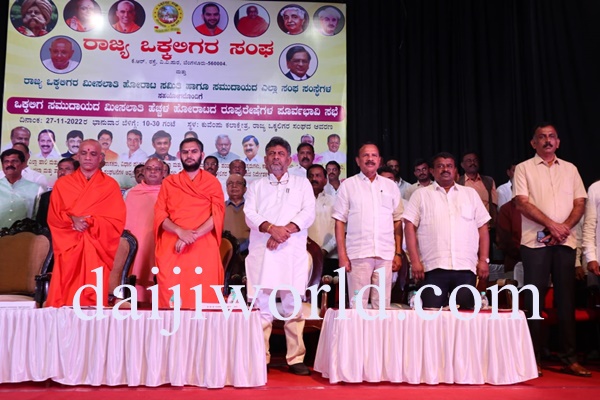 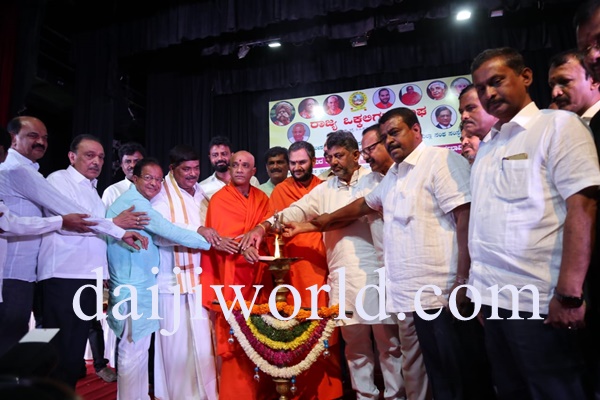 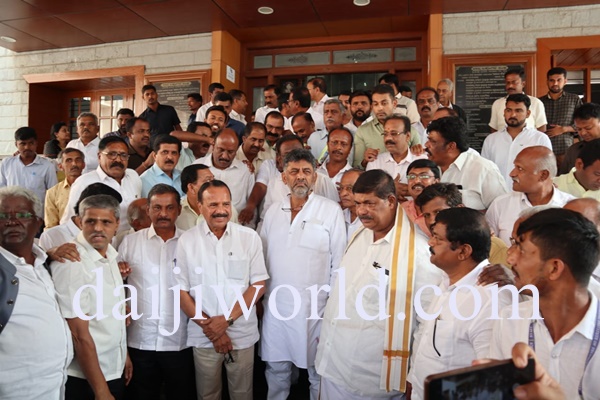 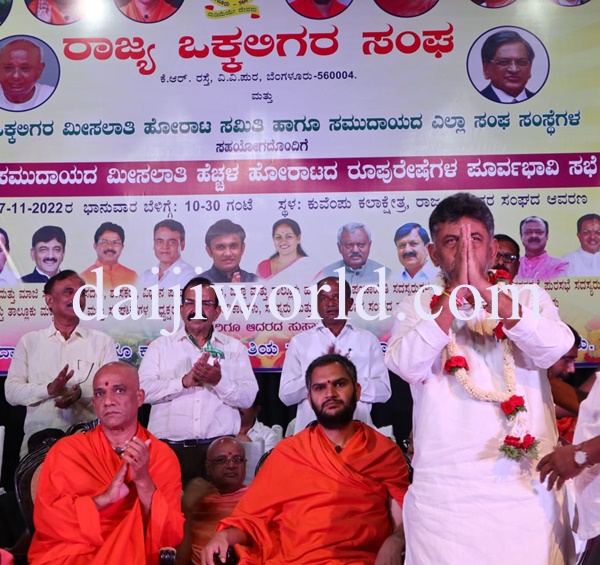 "We will be able to succeed in our objective if we work unitedly forgetting our political differences under the leadership of the seers of the community,’’ he said.

The KPCC chief pointed out that the SC/ST communities are not only provided reservation benefits based on their population numbers but even budgetary grants based on the population figures.

Shivakumar said the apex court judgement has provided the ideal opportunity for the community to mount its struggle and there is need to fight unitedly. This is not a struggle of individuals but of the entire community under the leadership of our seers, he said.

The KPCC chief, however, sought to make it a point that he owes his position as the State Congress president to his community which has been given to a Vokkaliga after former chief minister S M Krishna.