Kundapur, Nov 27: “The previous three governments of Karnataka made the deems issue worse. This has become a big hurdle for the farmers today. It is said that the deems issue is relaxed now. If it is so, the rights deed should be given to the beneficiaries immediately,” said K Pratapchandra Shetty, president of Udupi District Farmers’ Association.

S Prakashchandra Shetty, president of Kambadakone Farmers' Co-op Society said, “It is possible to be successful in agriculture only through scientific methods. Technology and science should be used in cultivation.” 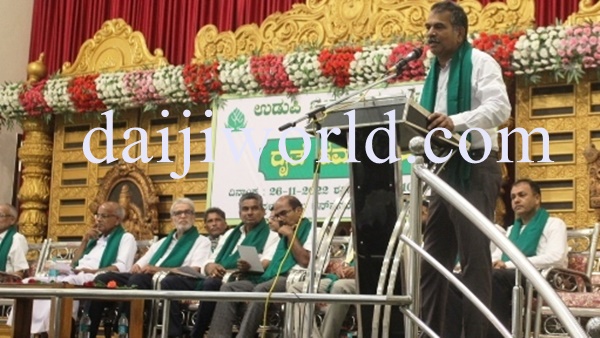