Mumbai, Nov 26 (IANS): A day after Yoga expert Ramdev's stark comments on women's attire from his viewpoint, the classical saying, 'Hell hath no fury like a woman scorned' was fast turning true, here on Saturday. 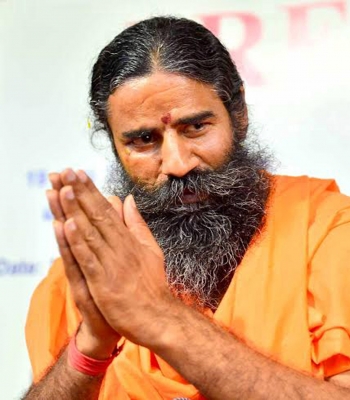 Speaking at a free Yoga training programme for women on Friday in Thane, Ramdev blurted out without batting an eyelid: "Women look good in saris, they look great in salwar suits, and in my view they look good even if they don't wear anything."

Expressing shock, farm widows' leader Aparna Malikar from Vidarbha said Ramdev's statement was nothing short of a 'revelation' of what goes on in his 'filthy mind' and serves as a warning to all women going before him to remain 'extra-alert'.

Senior Shiv Sena (UBT) leaders like MP Sanjay Raut, MLC Dr. Manisha Kayande and National Spokesperson Kishore Tiwari pounced on Ramdev for his "outrageous" remarks that insulted all the women of the country.

"Why could not Amruta Fadnavis just get up and slap him there? This is my question," an agitated Raut asked.

Kayande also attacked the Dy.CM's wife demanding "she should have kicked him and walked out of the programme" but shockingly she was laughing, giggling, enjoying Ramdev's remarks "as if he was doing an honour to womanhood".

Calling Ramdev "a disciple of the jailed perverts like Asaram Bapu and Gurmeet Ram Rahim Singh", a fuming Tiwari said the government should take suo moto action against him for his brash words.

"I am asking Amruta Bittiya... Why did you keep quiet when you witnessed all this? Did you also get carried away after he started praising you? What's your stand now for all your sisters... And why don't you strongly condemn Ramdev Baba," Tiwari asked gently.

"The whole country had seen years ago how Ramdev had worn a sari and ran at night to escape the police in Delhi.... How will he run now from the angry women? Will his relative and the crusading Amravati MP Navneet Kaur Rana care to react to (Ramdev's) obnoxious behaviour," demanded Kayande sharply.

Nationalist Congress Party's Chief Spokesperson Mahesh Tapase said Ramdev's statements were clearly 'vulgar and anti-women' and asked why the state government was keeping a deafening silence instead of acting on the issue that has enraged womenfolk all over.

Social activist Trupti Desai said she and the womenfolk were "aghast" at Ramdev's public statement which indicates how his mind works towards women.

"We strongly denounce him. We want the state and national commissions for women to take suo moto note of it and initiate action, otherwise we shall storm his next programme," Desai warned.

Demanding an unconditional apology, an irate Malikar also threatened to take a morcha at Ramdev's next yoga camp in Maharashtra where they would "catch him, tonsure him and chop off his beard" as a punishment.

The bearded yoga master interacted with the women who could not change from their yoga attire to saris, which purportedly caught his eye and resulted in the verbal debacle soon afterwards that snowballed into a huge row.

Ramdev also urged the people to remain happy and smiling, similar to Amruta Fadnavis - as he glanced and complimented her - to live a long and healthy life.