Mangaluru, Nov 26: In a complaint it is said that a gang of Hindu youths assaulted student Syed Rashim Ummer (20) accusing him of sitting with Hindu girl in the same seat on the bus.

Rashim, who is studying in a private college in Karkala was assaulted by a gang of youths at Nanthoor on November 24 evening inside the bus. 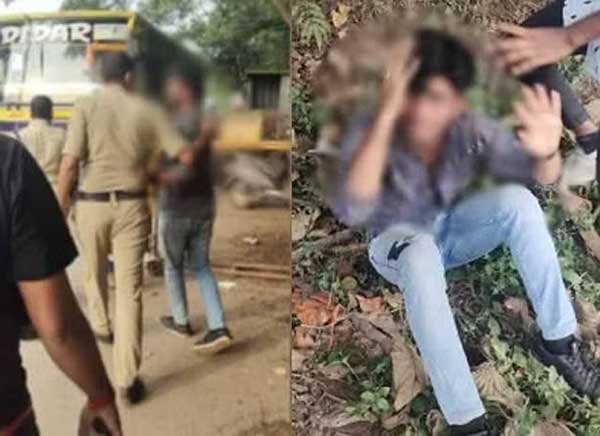 Syed Rashim used to travel in the private bus that arrives to Mangaluru via Karkala-Nitte route everyday along with his classmate Hindu girl. Three to four strangers barged inside the bus, pulled out Rashim and assaulted him. Traffic police on duty at Nanthoor prevented further beating of Rashim by the gang.

In his complaint at Kadri police station, Rashim also said that the gang made him to alight from the bus and threatened that they will kill him if he conveys the assault matter to anyone.