United Arab Emirates, Nov 24: Star Plus, the region’s leading television channel has announced the commencement of the 11th season of The Star Quiz Challenge 2022.

Byju’s presents The Star Quiz Challenge 2022, is designed and created not just for the sharpest middle schoolers, but for anyone with quizzing in their blood. This year the game has been taken online and residents of the UAE, Bahrain, Oman, Qatar, Kuwait and Saudi Arabia aged 18 and above will now be able to participate in the challenge which will be conducted in English. 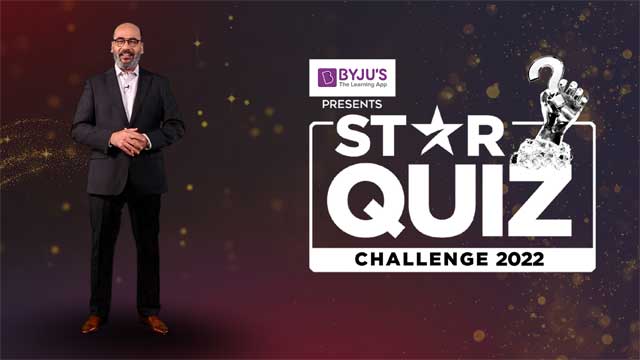 Participants can test their knowledge, challenge their friends, compare scores and, win exciting prizes like a Nintendo Switch or an Oculus VR headset at the end of each week, with an ultimate PlayStation 5 reserved for the winner of the grand finale at the end of the competition!

Players will get a maximum of six attempts every week, each time they play, they will need to go through three rounds of quizzing and accumulate points that will reflect on a leaderboard, whose weekly topper will be awarded either a Nintendo Switch or an Oculus VR headset. To win the PlayStation 5, participants must continue playing and accumulating points until the end of the competition.

To participate, one can log in to starquizchallenge.com with either a Gmail or Facebook account. Let the brain games begin for the sharpest Quizzer in the GCC!