Kundapur, Nov 17: It is more or less confirmed that the death of Dr Krishnamurthy Sarpangala, senior dental doctor of Badiyadka, is a suicide. However, final confirmation will be done after the arrival of the post mortem report, FSL report and reports of various teams of police.

Police have not given any official statement in this regard. Only after the completion of investigation information will be conveyed as per some officials of the police department. 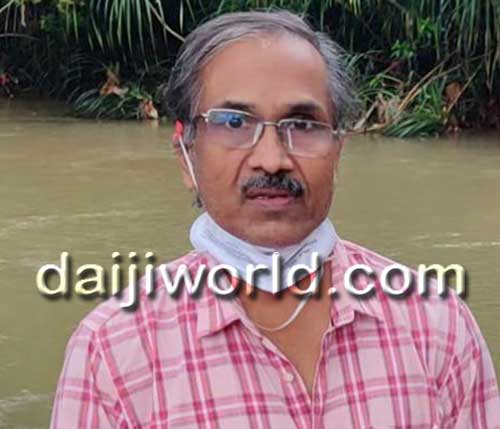 A team of police was formed by Udupi SP Akshay Machhindra Hake led by DySP Srikant K. The team had visited Badiyadka and traced the movement of Dr Krishnamurthy from Badiyadka to Kundapur.

It is confirmed that Dr Krishnamurthy had arrived at Kundapur bus station through KSRTC bus and later went to Shastri Circle. However, investigation needs to be done into how the doctor reached the railway tracks at Kadu Ajjimane of Hattiangadi village. Did he go directly? Did he go anywhere else? Why did he go to that specific place? Did he pick on the spot as it is deserted? Also interesting is why did he go to Kundapur from Badiyadka, which is more than 100 km.

Police team is gathering CCTV footage in order to ascertain the movement of the doctor in his final moments. Investigation will also throw light on whether the events that took place in his clinic put pressure on his mind and made him take the extreme step. One more angle of land mafia and medical mafia involvement will also be looked into by the police.

The Badiyadka police team is also conducting a separate investigation into the death of the doctor. Some people are arrested already in this connection and information is gathered from them also.