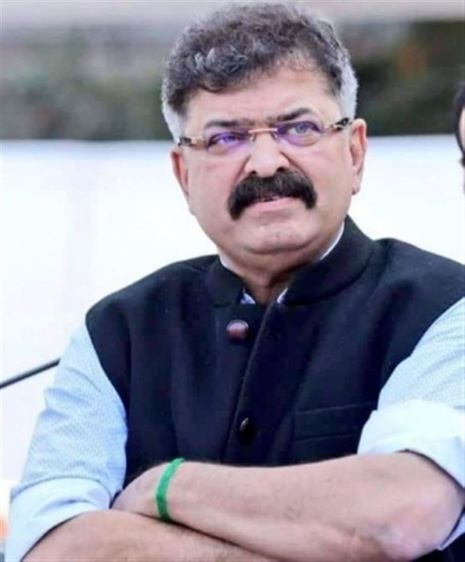 Perturbed over Dr Awhad's threats in a tweet, senior NCP leaders tried to dissuade him from quitting his legislator's seat, with Leader of Opposition, NCP's Ajit Pawar making a personal appeal to him.

NCP women's leader Vidya Chavan said that her party would move the court against the alleged case against Dr Awhad and carry out protests all over Maharashtra.

Ruta Awhad accused the complainant of 'deliberately' coming in front of her husband, then lodging a complaint to 'defame' him, and warned that if her allegations were proved wrong, she would also sue the police.

Simultaneously, an all-party delegation of senior women leaders led by Rajya Sabha MP Fauzia Hassan met Governor Bhagat Singh Koshyari and submitted a memorandum demanding counseling of ministers in the government who use derogatory language against the women.

Samajwadi Party MP Jaya Bachchan said that they apprised the Governor of the crass language used by ruling party politicians against women - referring to the recent episode in which a Balasahebanchi Shiv Sena Minister Abdul Sattar had used offensive words against NCP MP Supriya Sule.

Khan, Bachchan and Vidya Chavan said if the Governor does not heed to their plea, they would meet President Droupadi Murmu in the matter.

On her part, Rashid called on the CM today and demanded justice in the matter with strict action against Dr Awhad.

BJP Mumbai President Ashish Shelar supported the government move on Dr Awhad and slammed the MVA for creating hurdles in the police discharging its duties, while Maharashtra Navnirman Sena has not yet commented on the issue.