Chikkaballapur, Nov 10 (IANS): In a shocking incident, a gang of five robbers barged into the house of an assistant police sub-inspector (ASI), shot his son and looted gold jewellery and cash in the Paresandra village of Chikkaballapur district.

The robbers fired three bullets on Sharath, the son of ASI Narayanaswamy. He has been admitted to the district hospital and his condition is critical. The incident took place on Wednesday night. 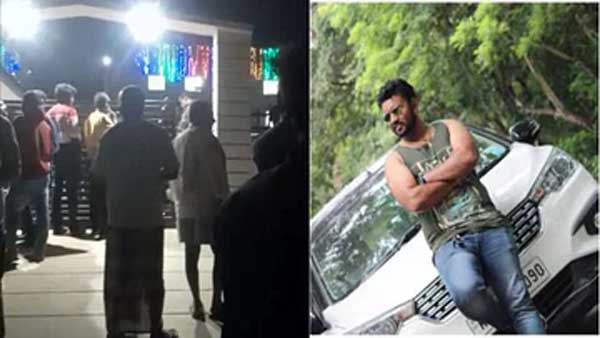 According to police, the robbers barged into the house of Narayanaswamy. They threatened him, his wife and daughter-in-law with the pistol. The robbers pushed Narayanaswamy out of the house and warned him that if he told anyone his family members would not be alive.

The robbers opened fire when Sharath, who was also at home, came to the rescue of his family. The robbers, after taking away their gold, jewels and cash, disappeared.