Mangaluru, Nov 3: The very much long looked annual sports meet for the primary students of Mount Carmel Central School, Mangaluru was held on October 31 on the school grounds with great zeal, excitement, sportive and frolicsome atmosphere.

The inauguration commenced with the arrival of honourable chief guest, commandant Mudit Kumar Singh along with the joint secretary Sr Maria Anita AC, administrator Sr Carissima A.C and PTA joint secretary Sheryl DSilva. The gathering paid respect in harmony as the school flag was raised pointing to the sky attempting towards a harmonious world and bringing laurels to the school. 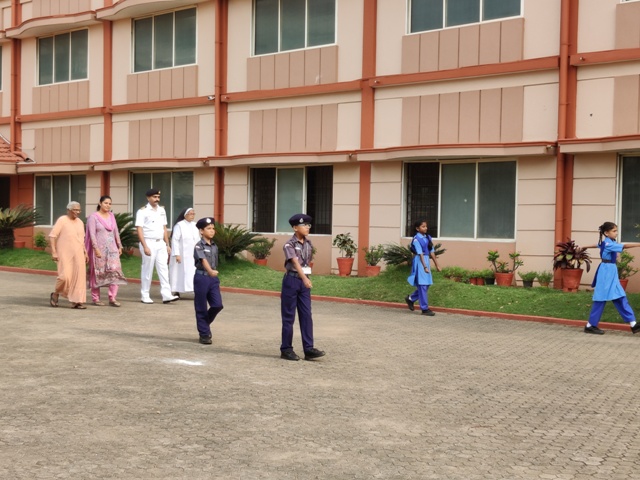 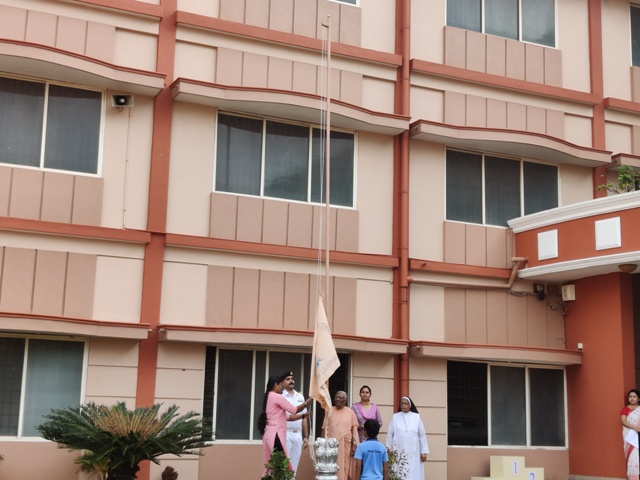 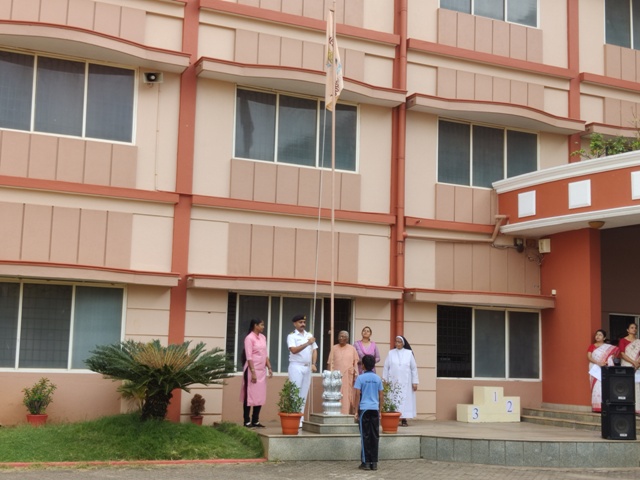 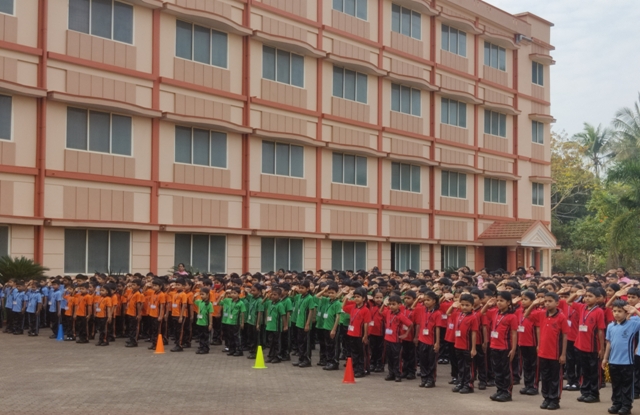 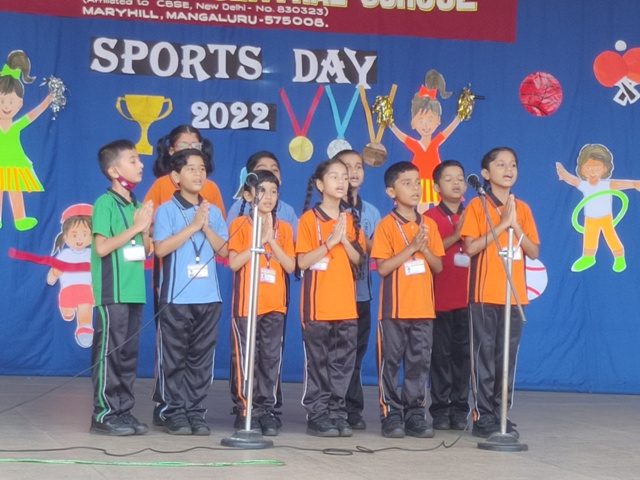 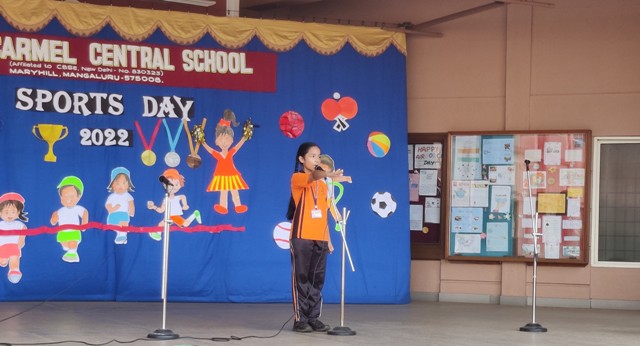 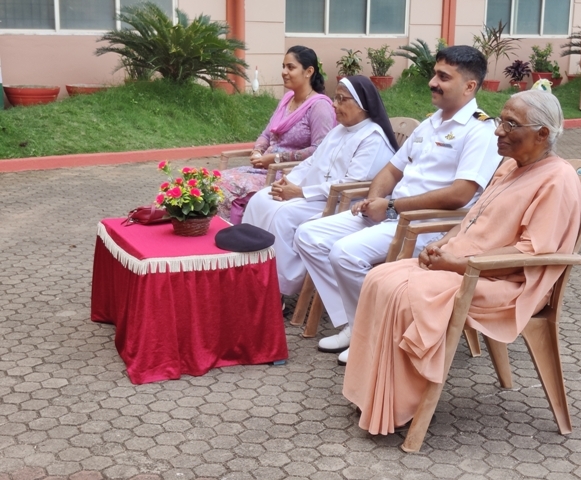 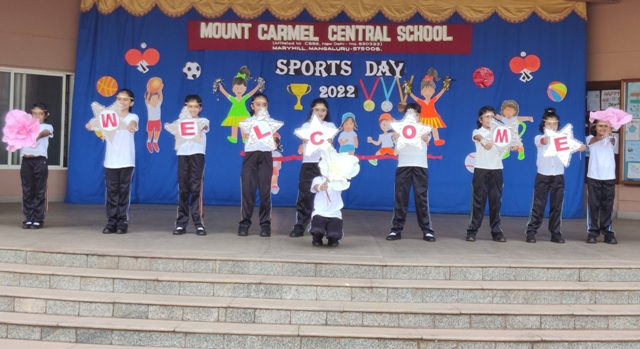 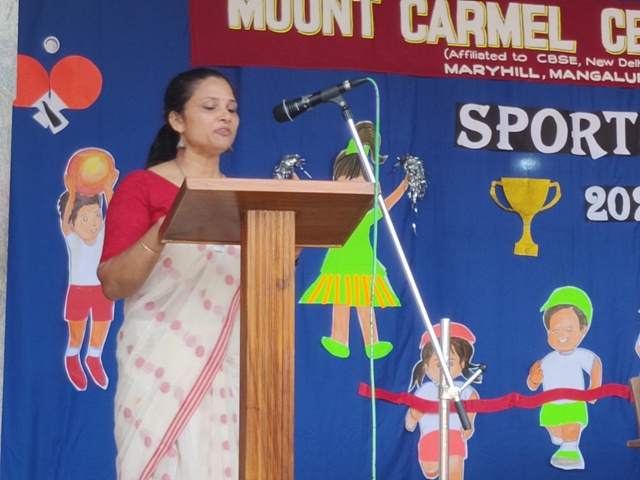 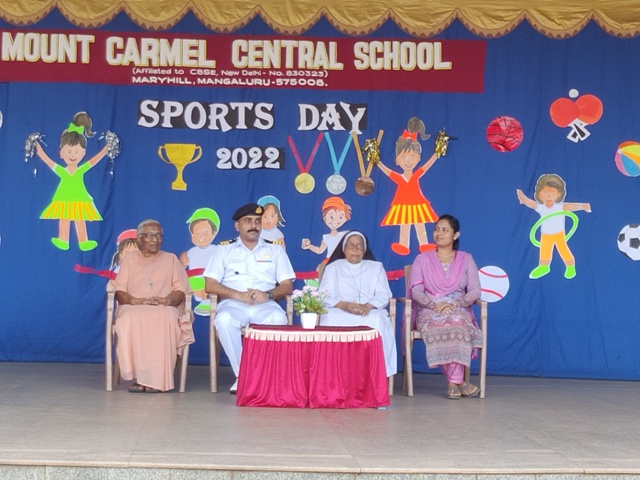 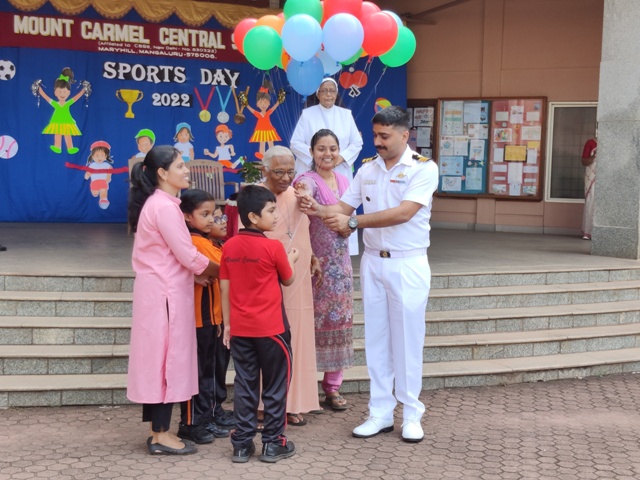 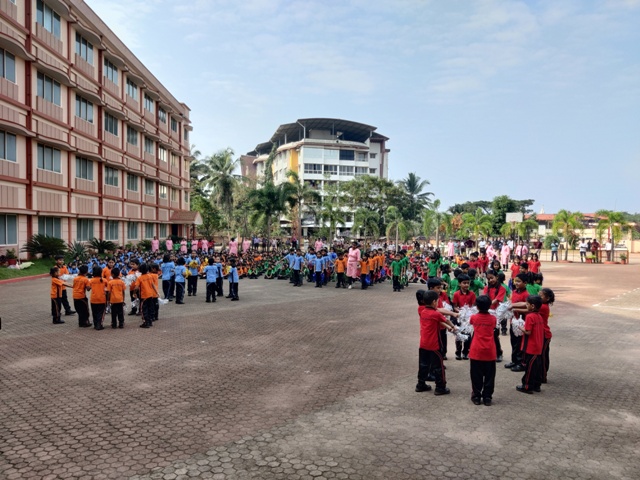 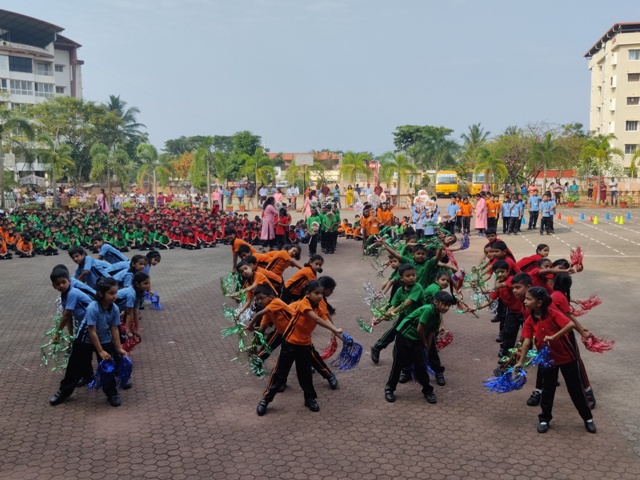 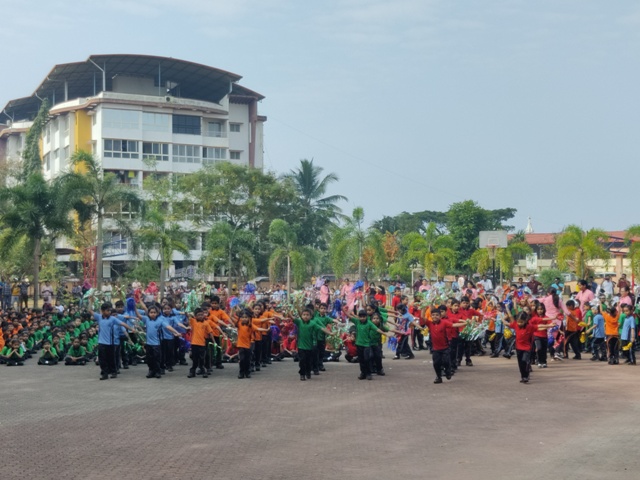 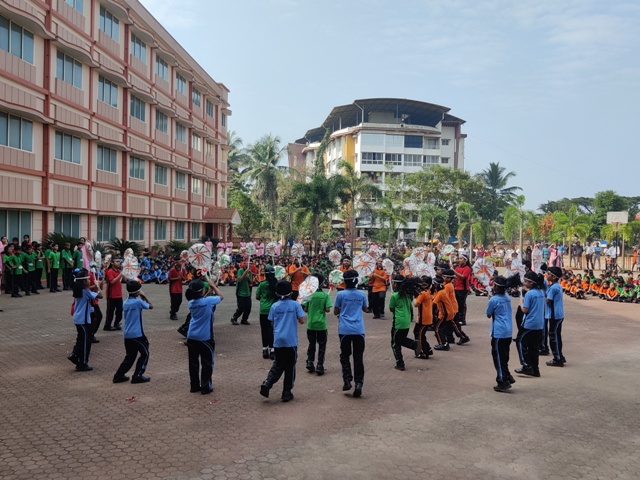 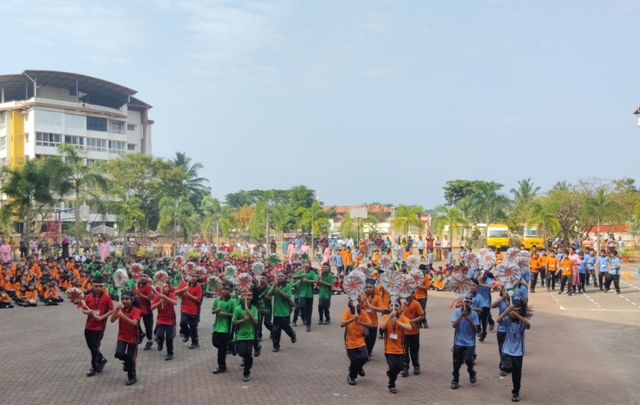 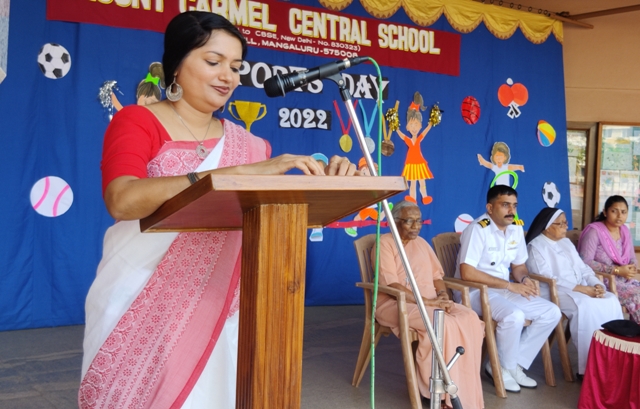 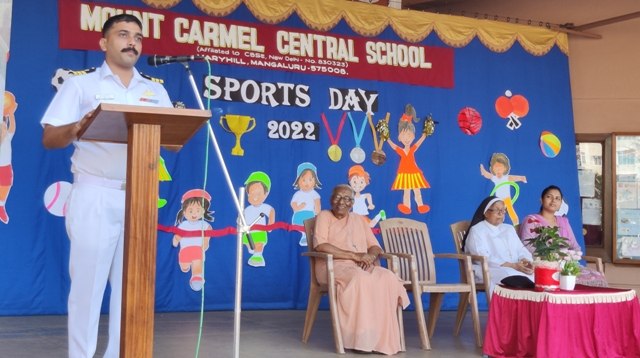 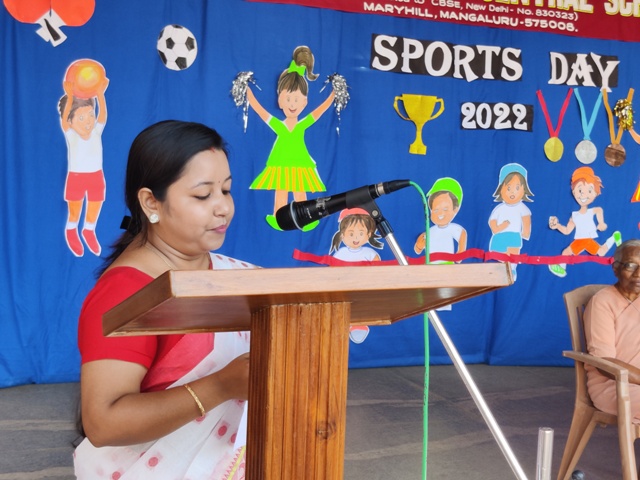 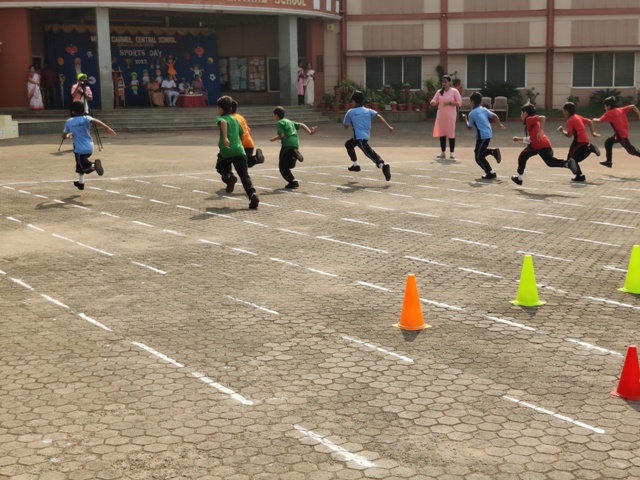 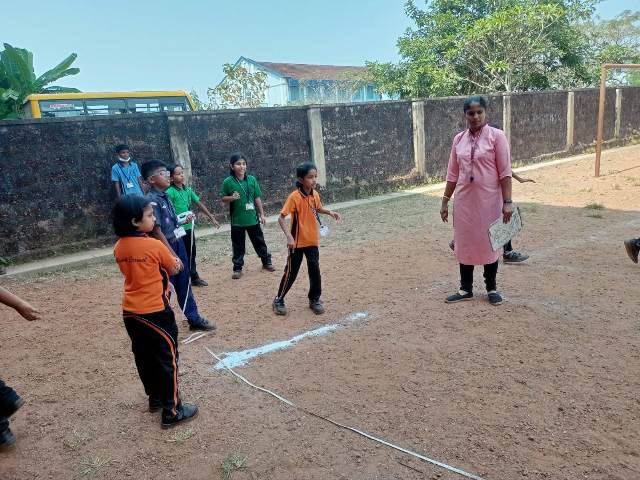 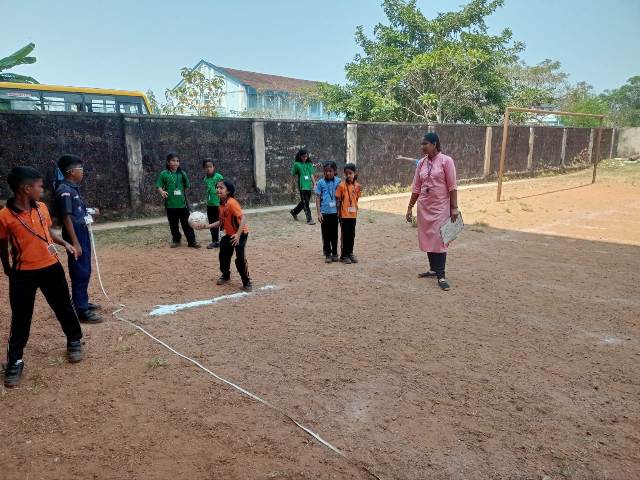 The almighty’s presence was deeply felt by the prayer lead by students of Grade 2. In order to abide by the rules of the sports, student Angela administered the oath. Teacher Reshma accorded a hearty welcome and introduced the guest to the gathering. The students enhanced this welcome by a graceful dance. The students set the tone for all the events of the day by setting foot into the spirit of the occasion by performing Mass Drill in unison.

The chief guest commandant Mudit Kumar Singh declared the sports meet open as the four coloured balloons representing the four colours of the houses were released into the sky with a goal ‘Higher and Nobler’.

The chief guest was amazed at the energy of the students and unity of the Mount Carmel Central School family. Being a sports person himself, he lauded the school for nurturing sports in the young ones. He further briefed about the many avenues opened in the field of sports. He urged the parents present in the audience to encourage their wards into this field.

He further spoke about the courage of the wizard of hockey Major Dhyan Chand, when he was unable to score in a match, argued with the referee about the measurement of the goal post which did not meet the international standard and was right in his vigilance. He gifted the school with a replica of ICGS Rajdoot. Teacher Ankitha proposed a heartfelt note of gratitude and teacher Sunitha Joyce compered the programme.

Once the races began, the air was filled with cheering and loads of encouragement for the young athletes. The students of grade I to IV competed in events including frog race, hoops relay, stand board jump, ball throw and balancing the ball. One could witness the 5 S’s of sports - stamina, speed, strength, skill and spirit throughout the day in every participant. The winners took their place on the victory stand with pride as they were honoured. It was truly a pleasing and gratifying sports day.