Former Chief Minister H.D. Kumaraswamy stated on social media on Monday, that the statement of Dattatreya Hosabale, the Organizing General Secretary of RSS which is mother root of BJP, that economic inequality, poverty and unemployment are very dangerous holds mirror to the present condition in India. Now there are big questions over claims of Achche Din, he said. 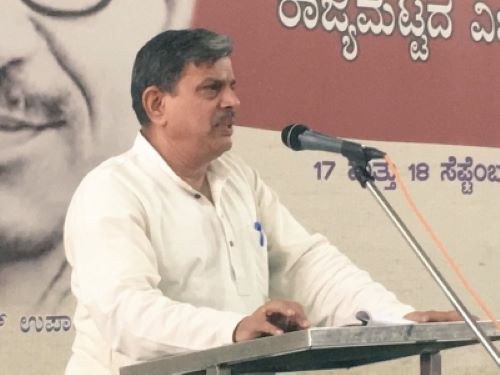 One doesn't require special expertise to say who have flourished, who have lost everything in the last 7 years of BJP's rule in the country. Hosabale himself has said that 20 crore people are below poverty line and 4 crore youth are unemployed. Then who became rich in the last 7 years?! Kumaraswamy questioned.

"23 crore people are earning less than Rs 375 per day while one industrialist is making Rs 42 crore per hour and Rs 6,000 crore per week!! This is India's present picture. What is more shocking than one person holding 20 per cent of the country's wealth?," he further stated.

Malnutrition is rampant across the country. There is no drinking water in hundreds and lakhs of villages. When this is the truth, why there is fear to introspect Achche Din? Hosable has spoken the truth of what surveys also said, he stated.

Don't be surprised if an increasing economic inequality leads to bigger rage. Country getting caught in the web of 'corporate world' is not a good sign for India's future. People's frustration and impatience is increasing day by day. It is time that BJP India woke up, he said.

In the year of Amrit Mahostsav of the country's Independence, there is black dot of economic inequality in India. Is it not a national shame that there are people struggling for one meal a day? I am shocked by the statistics provided by Hosabale, Kumaraswamy maintained.