Bengaluru, Oct 1: The government has decided to call off the proposed online sale of liquor.

It is said that the excise department will not get income as expected. In addition, employees of liquor outlets will lose their jobs.

The online sale of liquor was proposed by the coalition government led by the then chief minister (CM) H D Kumaraswamy. However, the opposition parties had vehemently opposed the plan. Later during the tenure of B S Yediyurappa as CM, the proposal was made again. The government asked the excise department to send its officials to various states to study the feasibility of online liquor sales. 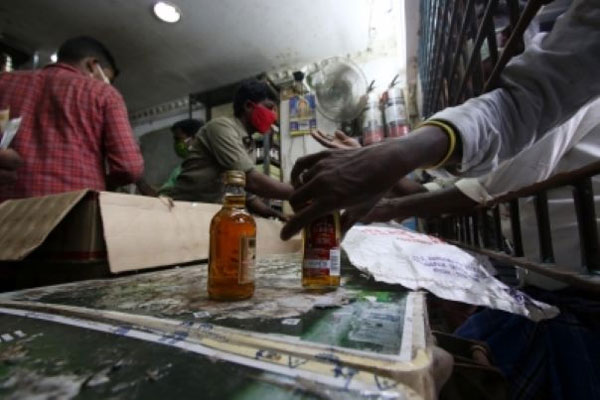 During Covid pandemic also, the government thought of introducing online sale of liquor to avoid crowding at liquor outlets. Excise minister K Gopalaiah said that there are 14,000 liquor outlet licence holders in the state and thousands of families depend on these outlets for their livelihood.

If online liquor sale is permitted, liquor business will suffer as most of the consumers will order online. That is why the government is calling off the proposal. In addition, low income and people living in slums will not be able to get the online facility.

Gopalaiah said that CM Basavaraj Bommai had set an excise income target of Rs 29,000 crore for the fiscal 2022-23. The excise department has already reached Rs 14,400 in six months and confident of achieving the given target by the end of the year.

The excise sources said that the assembly elections are round the corner and any wrong step by the government will cause a setback to its prospects of regaining power. So it is taking cautious steps.