Panaji, Oct 1 (IANS): Goa Leader of Opposition Yuri Alemao on Friday said his first task (as LoP) will be to initiate a people's movement against the "anti-people policies" of the government.

The Speaker of Goa Legislative Assembly on Friday recognised Congress MLA Yuri Alemao as the Leader of Opposition, with effect from September 30. 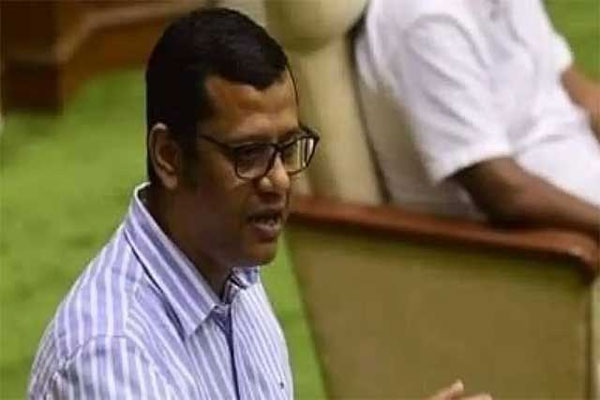 "Goa and Goans are facing tough challenges on various fronts. Our environment, heritage and identity is at stake. Unemployment rate is at an all-time high with the government clueless on creating employment opportunities. My first task will be to initiate a people's movement against the anti-people policies of the government," Yuri Alemao said.

"I believe, every responsibility comes with accountability. I will work with dedication and honesty to protect the democracy and identity of Goa. I will adopt a consultative process with all opposition MLAs and lead to espouse the voice of Goans and be the guard against abuse of power," Yuri Alemao said.

Alemao said that he will have a dialogue with all NGOs, industry stakeholders, trade associations, social and cultural groups to understand their issues.

"I will reach out to all Opposition MLAs to bring them on a common platform to fight for the rights of Goans. We need to keep our political differences aside when it comes to issues pertaining to our motherland," he stated.

BJP had 20 MLAs in the 40-member Goa assembly, which has now increased to 28 after the recent merger of eight Congress MLAs.

Hence, the strength of the saffron party has gone up to 33 and the Congress' has reduced to 3.

In such a situation, 33 seats in the assembly house will be occupied by the ruling party, while 7 seats will be left for the opposition including 3 Congress, 2 AAP, 1 Goa Forward Party (GFP) and 1 Revolutionary Goans Party (RGP).