Yediyurappa hits out at Siddaramaiah for demanding ban on RSS

Shivamogga, Sep 29 (IANS): Former Chief Minister and BJP Parliamentary Board member B S Yediyurappa on Thursday slammed Opposition leader Siddaramaiah for demanding a ban on the Rashtriya Swayam Sevak Sangh (RSS) on the lines of the Popular Front of India (PFI).

"Siddaramaiah has lost patience and is talking madly. He has gone bonkers, he should stop talking lightly about the RSS," Yediyurappa said. 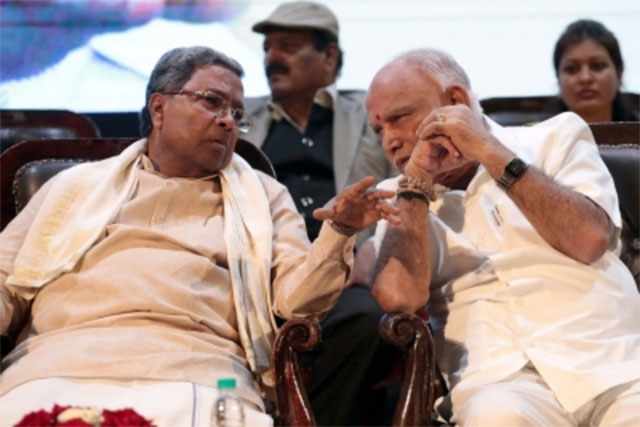 "The country's Prime Minister comes from RSS, the President hails from RSS, and we all have our roots in RSS. It is not fair on part of Siddaramaiah to talk about RSS in that fashion," Yediyurappa said.

He also stressed that the growth of the PFI is a sinful act of the Congress party.

Reacting to the statement of Yediyurappa, Siddaramaiah said, "BJP is the hapless child created by RSS."

He asked Yediyurappa why he did not initiate action against the PFI during his tenure.

Bengaluru Police Commissioner Pratap Reddy on Thursday issued an order to close down all offices of the PFI and its associated organisations in Bengaluru city. The National Investigation Agency (NIA) has taken the PFI headquarters in Bengaluru into its custody.

The Karnataka Police department has started sealing offices of the PFI across the state.

In Dakshina Kannada district, one of the major centres from where the PFI operated, the police have seized more than 10 offices.

Title: Yediyurappa hits out at Siddaramaiah for demanding ban on RSS