Udupi, Sep 28: A stone inscription has been found in Ganadabettu of Ajekaru in the taluk of Karkala. The team of researchers was able to find the Kannada inscription of 14th century.

The stone inscription has 10 lines of Kannada language and script. It is sculpted in granite stone three feet in height and two feet wide. It has got conch and wheel on the top part. 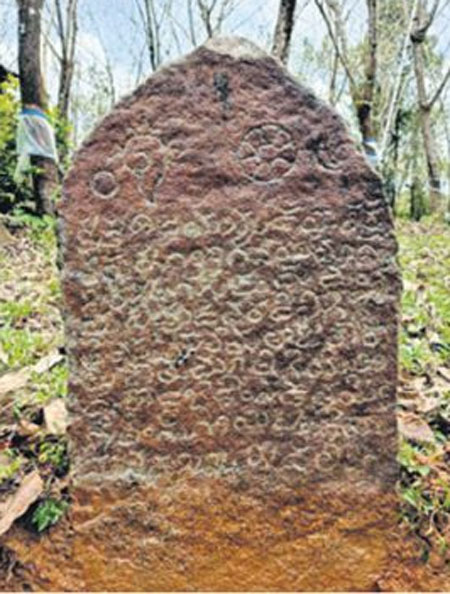 Shruthesh Acharya of the research team conveyed that the inscription is dated November 7, 1409. The inscription was found on land belonging to Ammu Shetty.

The writing on the inscription mentions the donation of coconut oil extracted from 11 coconuts to Lord Vishnu at Ajekaru from Ganadabettu area.

Many inscriptions of Kannada are found in the district of Udupi earlier also. These give sufficient evidence that Kannada is an ancient language. It is said that the Kannada script is around 1,500 to 1,600 years old.