Udupi, Sep 27: “If anybody finds MP Shobha Karandlaje in Udupi, Kaup or Brahmavar constituency in one week, let’s take a photo with her and send it to Udupi Block Congress president. The first five winners will get Rs 5000 as reward," said youth Congress leader Mithun Rai and in-charge of Udupi Constituency.

He offered a special prize and threw a challenge against Karandlaje at a Padayatra organized by Udupi Block Congress Committee demanding immediate repair of Malpe Karavali road on Tuesday, September 27.

Mithun Rai launched the padayatra by holding the tag of Kambala buffalos. The protest march began from Kalmady church and culminated near Karavali Bypass.

He further said that, “Shobhakka has been missing for many days in Udupi. BJP does not have any concern about her but as Congress leaders we care for her. If she is not found anywhere in a week, we will register a missing complaint in all police stations to search for her. We will stick posters of missing people on the wall of Karvali Bypass. The people’s representatives of Udupi are doing nothing for their constituency but are only giving assurances.

Minister Sunil Kumar, MLA Raghupathi Bhat and MP Shobha Karandlaje are the three monkeys of chief minister Bommai like those of Mahatma Gandhi." 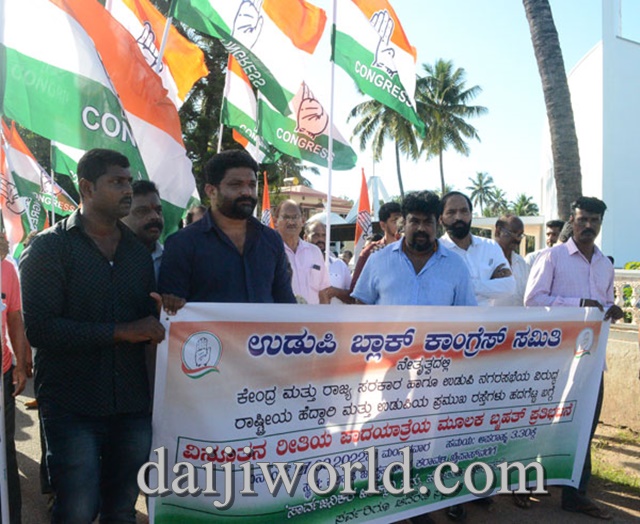 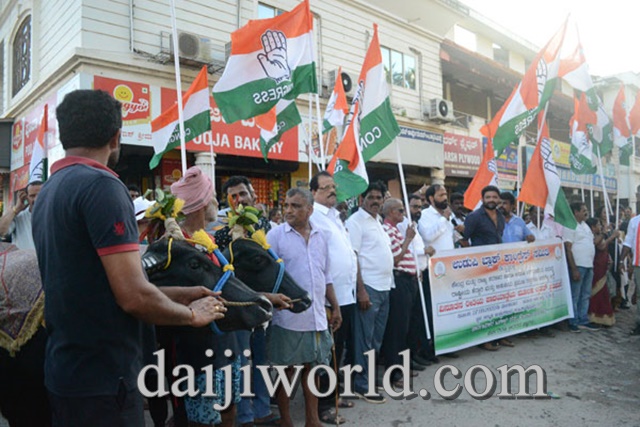 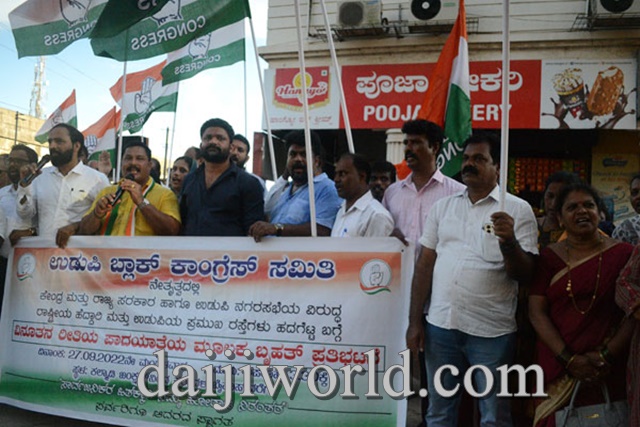 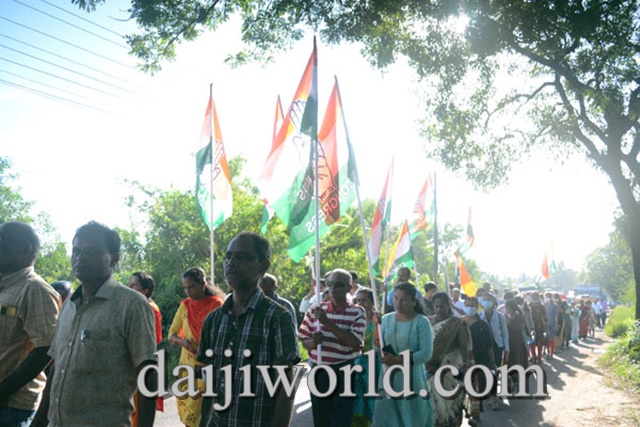 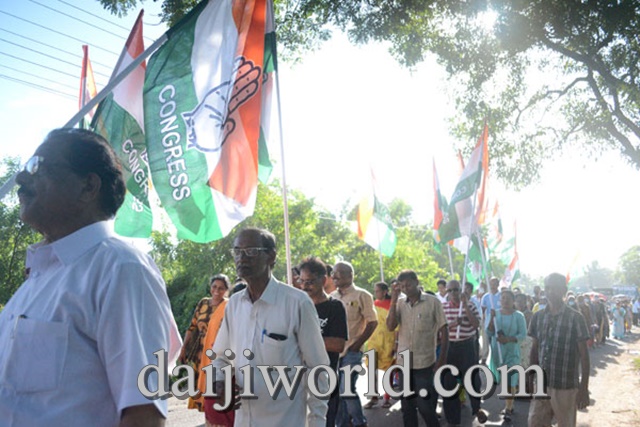 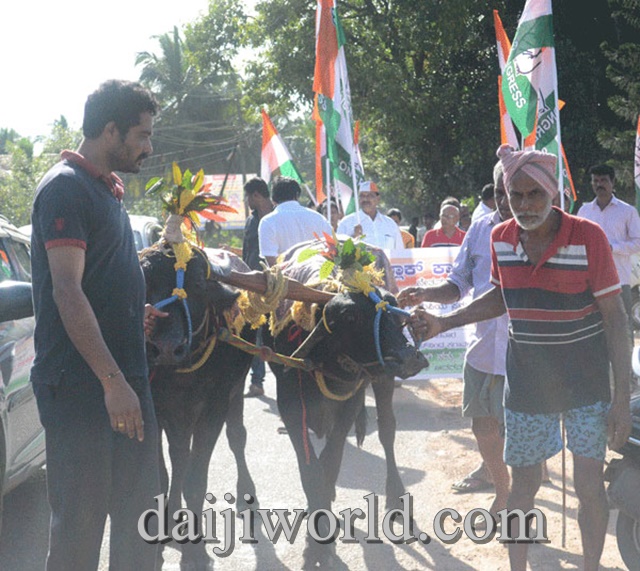 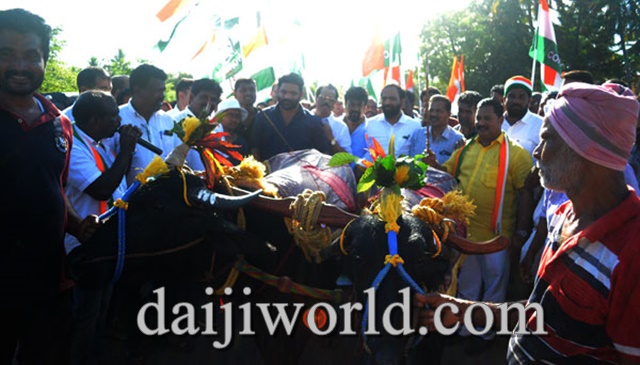 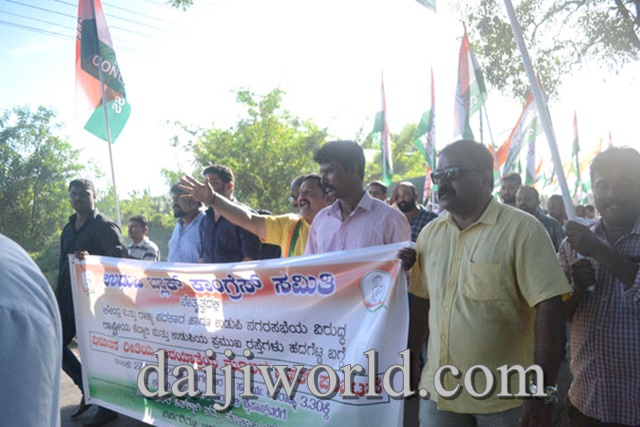 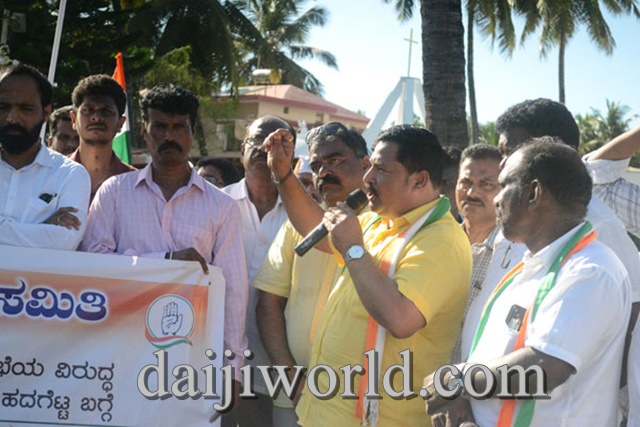 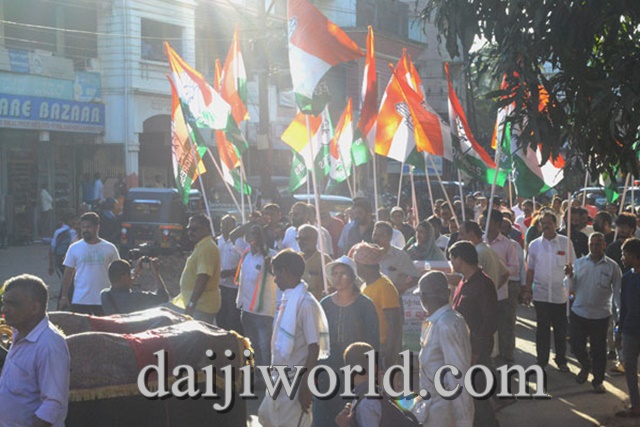 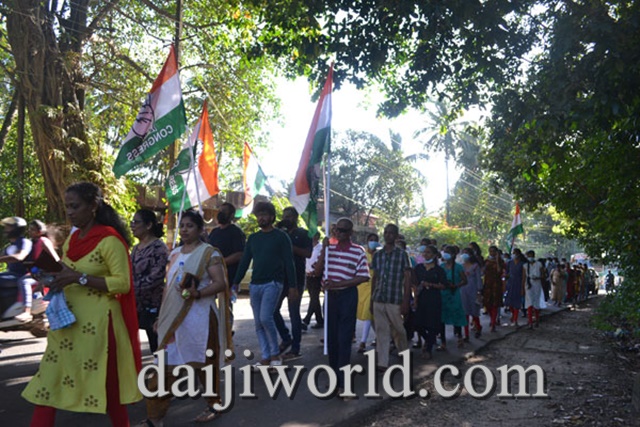 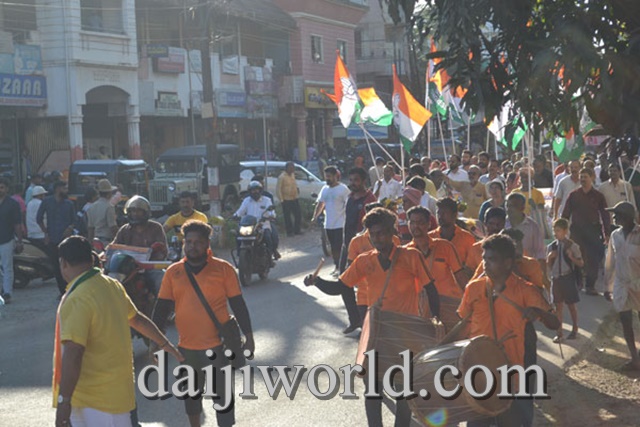 Taunting MLA Raghupathi Bhat, Mithun Rai said, "Bhat is not sleeping at night. He is busy counting the 40% commission amount that he got from the construction work. Let’s wake up and work. The MLA keeps on saying that 'we will take measures to repair Malpe road', but it still remains the same. He will work only for those who pay commission, not for the common people.

Malpe is one of the well known tourist destinations in Karnataka but the government is not even providing basic infrastructure like roads. This shows the interest of our MLA. Congress will keep fighting against the evil powers. This is not ‘Acche Din.’ The prices of daily commodities are increasing and corruption is prevailing everywhere. Only a little more time is left to end the BJP administration. Congress will come back to power and will keep fighting for justice against BJP," said Mithun Rai.

Ramesh Kanchan, president, Udupi Block Congress, who led the padayatra, said, "Malpe–Monakalmur road was upgraded from state highway to national highway many years ago. But the roads are in a pathetic condition. Local representatives have no interest in the development or providing infrastructural facilities to the public and their only interest is in doing politics. MLA Bhat is very good in taking public to his confidence and making false promises. People are facing severe problems, especially during monsoons. None of the officials is bothered about it. Many accidents occurred due to potholes on the road. The present government is corrupt and involved in scams. Let the department concerned take a look into the problem and start the repair work at the earliest.