Chikkamagaluru, Sep 27 (IANS): Tension gripped the Kadur town of Chikkamagaluru district on Tuesday after miscreants scribbled death threat on the car of an RSS leader.

According to police, the miscreants have scribbled "kill you" and "jihad" on the car.

The threats were issued to Dr Shashidhara, an RSS Dharma Jagarana Convener. Shashidhara is in business and is also involved in Hindu religious activities. 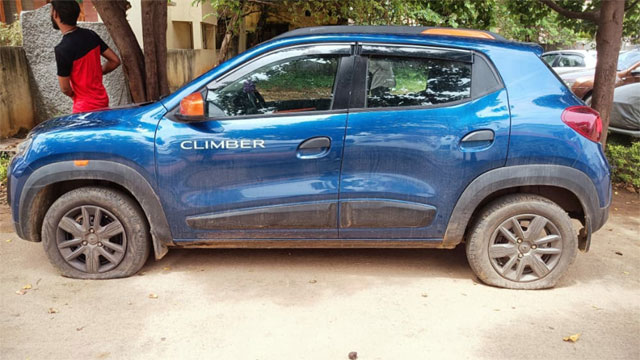 The police said that the miscreants have punctured all the four wheels of Shashidhara's vehicle, which was parked near his house. They scribbled threats and used vulgar language against him.

Though there were more than 30 cars parked in the area, the miscreants chose the RSS leader's vehicle. The incident has created panic among the people and police have rushed to the spot and taken up the investigations.

Police sources said that this might be the reaction to the raids and arrests of the Popular Front of India leaders in the state. Chikkamagaluru district is a stronghold of BJP and RSS. The controversial Bababudangiri Dattatreya Peetha is located in the district.

Meanwhile, the Karnataka Police continued the raids on PFI offices and residences of its party leaders. Over 80 people have been detained across the state. The raids have been conducted in Gadag, Belagavi, Chamarajanagar, Raichur, Kolar, Mangaluru, Kalaburagi and Bidar districts.