Tehran, Sep 27 (IANS): The Iranian Foreign Ministry has slammed the "interventionist" remarks of American and other Western politicians against Iran, the official IRNA news agency reported.

"The enemies' approach against the Islamic Republic and the Iranian nation has always been accompanied by hypocrisy and double standards," Nasser Kanaani, the Foreign Ministry Spokesperson, said on Monday in reference to the remarks made by Western officials over the protests that followed the death of a young girl in the police custody in Iran. 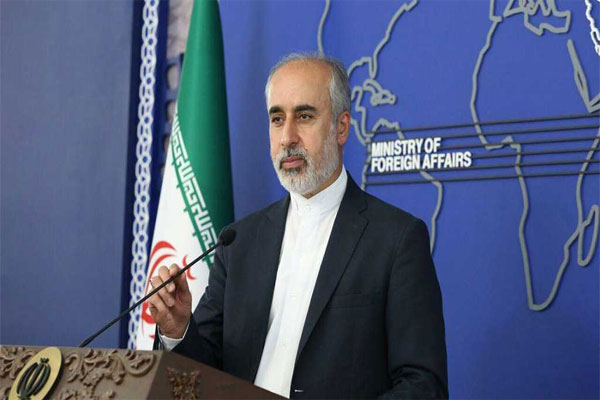 Political leaders of the US and some European countries, their media, and the West-backed hostile Persian-language media "misused a tragic incident under investigation" and spared no efforts in supporting disruption of Iran's security, the spokesman was quoted as saying as quoted by Xinhua news agency report.

He also noted that "those who claim to be advocating the Iranian nation's rights should put their false, threadbare slogans and put an end to decades of tyrannical and anti-human sanctions against the Iranian people".