Mumbai, Sep 25: The Tax-rickshaw Drivers Association is likely to go on a protest from Monday, September 26 demanding an increase in the fares citing rising fuel prices.

The representatives of the association are also plannning to meet state industries minister Uday Samant in the Mantralay. 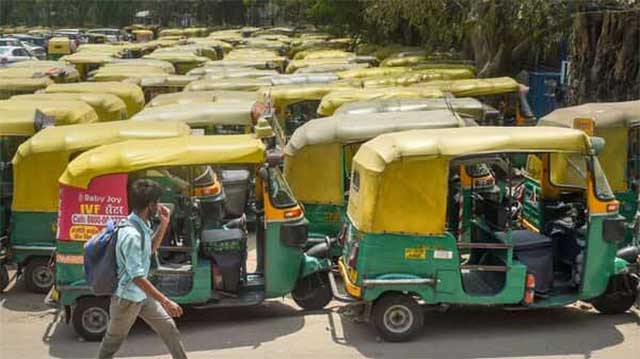 The association has arned the state government of lodging a strike from Monday if their demands were not met.

The decision comes after minister Sawant failed to keep his earlier promises made in a meeting held on September 13 this year, the association said, adding that he has also appealed to the unions to call off the strike.

In the last 10 days, petrol prices have been fluctuating around ?106 per litre, while diesel price is around ?94 per litre in Mumbai.

However, contradicting the volatile fuel prices, Union Minister Hardeep Singh Puri had earlier said that the rise in fuel prices in India has been contained in comparison to exponential increase in developed countries.

He had claimed that the most developed nations have witnessed almost 40% rise in fuel prices from July 2021 to August 2022.

“Fuel price rise in India has been contained in comparison to exponential rise in developed countries. Most developed nations have witnessed significant rise in fuel price by almost 40% from July 2021 to August 2022 and in India, fuel price has reduced by 2.12%," Puri had claimed.