Faridkot, Sep 24 (IANS): Calling the opposition parties "chronic liars", Punjab Chief Minister Bhagwant Mann said on Saturday instead of working for the well-being of the people, these leaders are habitual of finding faults in every pro-people initiative of the state government.

The Chief Minister, while addressing a gathering here after paying obeisance at Tilla Baba Sheikh Farid, said these leaders have no other work except criticising the several citizen-centric decisions taken by the government. 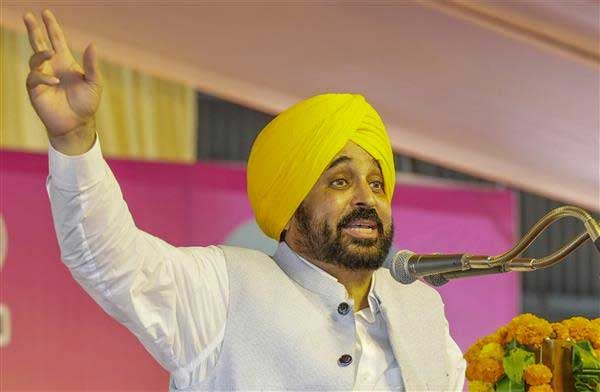 He said in dearth of any concrete issue these leaders are criticising the state government only for the sake of criticism. Mann said undeterred by it, the government will continue to work for the well-being of the people and development of the state.

The Chief Minister announced that the government will leave no stone unturned for making Punjab free from corruption, drugs, unemployment and other maladies.

He solicited fulsome support and cooperation of people for this noble cause, adding this work cannot be accomplished without their support.

Mann said the entire government mechanism is with the people of the state to get rid of these maladies, which have made deep inroads during the regimes of previous governments.

The Chief Minister asserted that the previous governments have plundered the public wealth mercilessly. He said the successive governments in the state have even surpassed Britishers in looting the taxpayers' money.

However, Mann said his government will recover every single penny from these corrupt leaders and optimally utilise it for the welfare of the people.

The Chief Minister, while listing several initiatives of his government, said the Aam Aadmi government is providing corruption free governance to the people, adding pilferages in the public money have been plugged and now that money is being used for the state and its people.

He said his government has passed the historic 'One MLA, One Pension' scheme to ensure judicious utilization of public funds.

Likewise, Mann said around 100 Aam Aadmi Clinics have been dedicated across the state to people for imparting quality health services.