Addressing a press meet at the SDPI office here, Aboobaker Kulai said, "The NIA officials gained entry into the office after breaking open the lock of the gate and the glass of the office front door. We came to know about the incident at around 8.30 am. When I questioned them about the incident, they claimed that they had a court order. When examined, the court order stated that raids need to be carried out only on PFI offices." 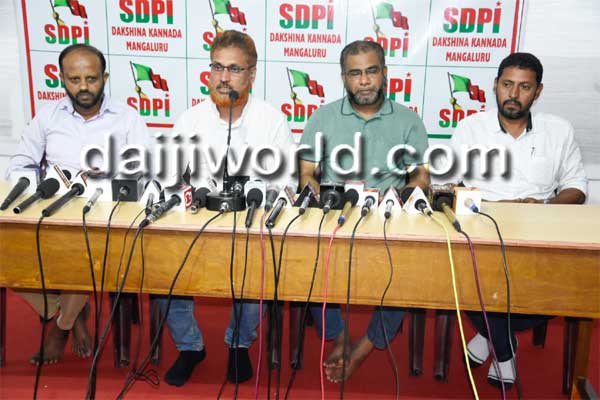 Also, he said that the party will fight against such injustice constitutionally and legally in the coming days. SDPI is a constitutionally registered political party with the Election Commission of India.

" PFI is a social organisation working for the past 20 years. Today, NIA have detained six leaders from the district. Within 24 hours they should be released. If they are not freed we will fight a constitutionally legal battle and stage a severe agitation against the state and union governments," he added.

Aboobaker alleged that the raid was politically motivated and orchestrated by the BJP and Sangh Parivar to suppress the SDPI. But, SDPI will not buckle under pressure. People are aware of the 40% commission government among other issues. To cover up for their mistakes as there is no development in the country or in the state, such raids are being conducted. Also, the public does not have a good opinion about the union and state governments. Why are raids not being carried out against BJP leaders, he questioned.

Jaleel Krishnapura alleged that government agencies are being misused against those who raise their voice against BJP and oppose their ideology.

Athahulha Jokatte alleged that fascist forces and Manuvadis are ruling the country as well as the state. All secular parties should unite to fight them.