Puttur, Sep 22: Guajarati film ‘Chhello Show’ is nominated officially as Indian film for this year’s Oscar awards. It is proud moment for Dakshina Kannada as the editor of the movie is Pavan Bhat, a resident of Periyadka near Uppinangady in the taluk.

Pavan Bhat, who is an engineer, is the son of Gopalkrishna Bhat and Saroja Bhat couple. He is settled in Bengaluru and is in high demand for movies as an editor. 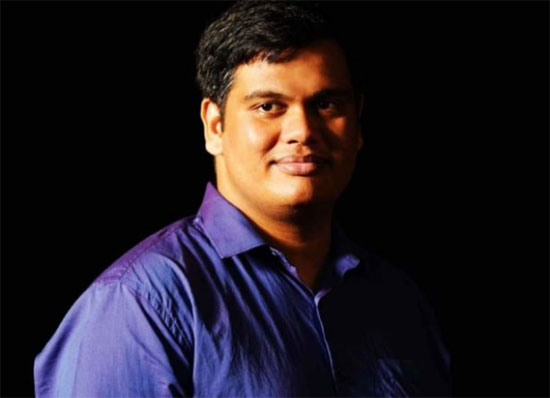 Pavan got educated in Bengaluru and Kolkata. When he was doing PUC itself, he was very much interested in the field of cinema. As he opted for computer science in engineering, editing a movie was easier for Pavan. He also did two years of higher education in editing in Mumbai.

Pavan is the only Kannadiga to have worked in the movie Chhello Show. He said that he never thought of getting entry into the Oscars, but feel proud that the movie is the official entry to Oscar awards from India.

Pavan Bhat has worked as full scale editor for four movies. In total he has worked in more than 20 movies. Bhasmasur was his first movie. It has bagged awards in Indian and overseas. He is interested to work in Kannada movies. Already talks are on with regard to one Kannada movie as per the information shared by Pavan.

Chhello Show movie is about a nine-year-old boy who gets fascinated by Cinema. The movie was premiered in June 2021 in the Tribeca film festival. The movie bagged several awards including Golden Spike award in the Spain film festival. It will be released throughout the world on October 14 with the English title ‘Last Film Show.’ The movie features Bhavin Rabri, Bhavesh Srimali, Richa Meena and others.