Puttur, Sep 20: Three crocodiles were spotted in the Netravati river at Panjala near Uppinangady in the taluk. Locals are under panic due to the site of crocodiles.

The crocodiles were seen near the petrol bunk on Mangaluru-Bengaluru national highway. 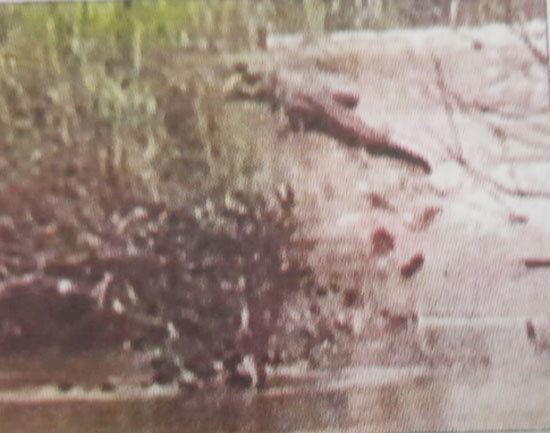 They were seen crawling around the sand dunes near the bushes in the afternoon on Monday September 19. One is big in size while two others are said to be small, as per eye witnesses.