Mangaluru, Dec 22: Congress activists gheraoed the Konaje police station under the leadership of MLA U T Khader demanding the arrest of SDPI workers.

Speaking in the news conference held at Congress party office in Thokottu on Wednesday, he said that the support of BJP is suspected behind the assault on Congress activist Zakaria Malar. “It is found that BJP has supported SDPI candidates in carrying out the assault in Ullal where BJP does not even have its presence,” he alleged. 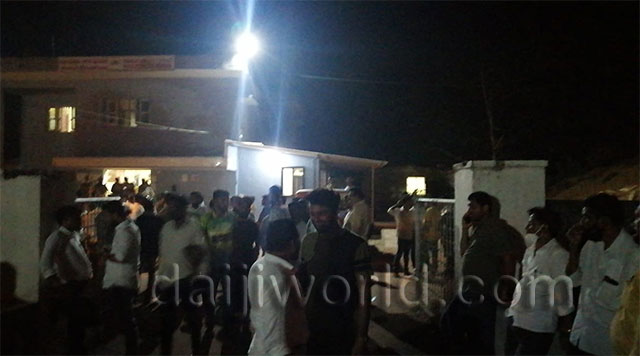 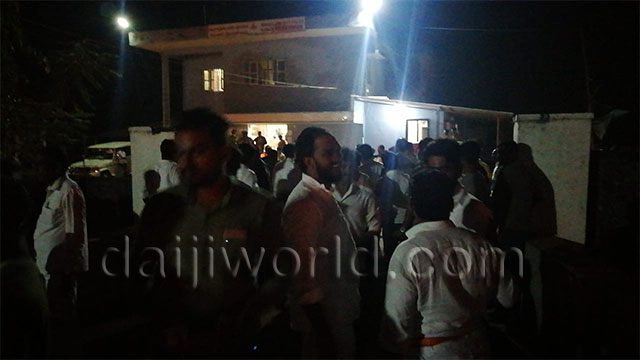 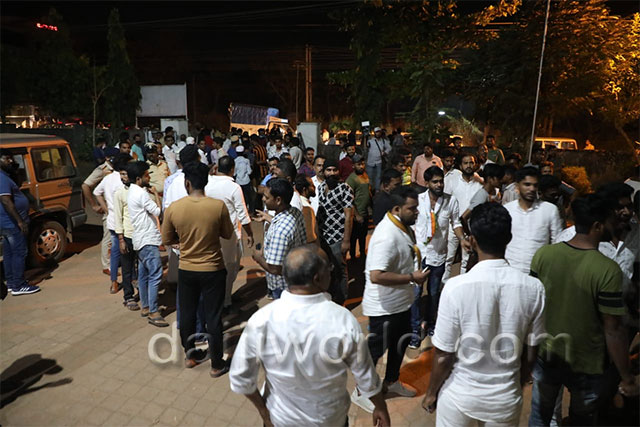 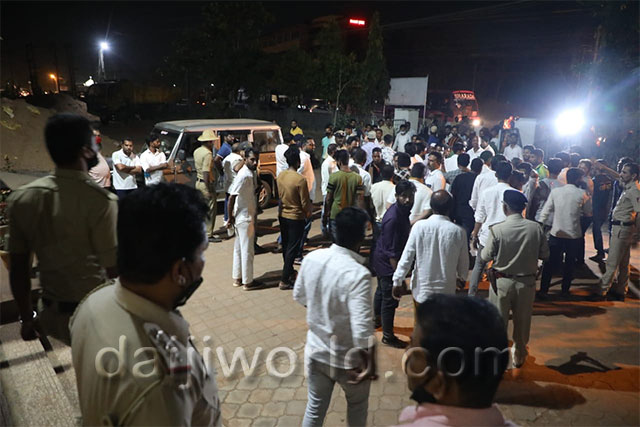 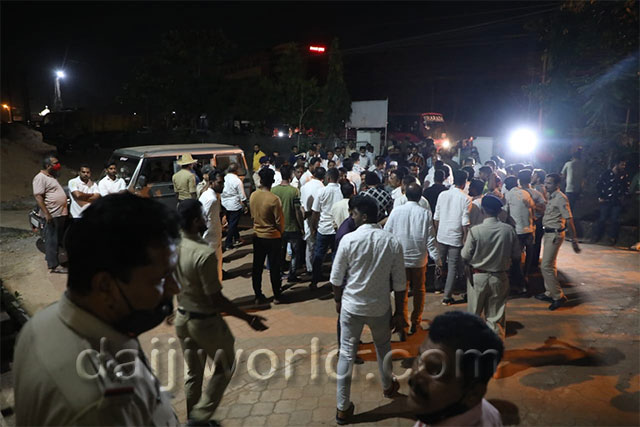 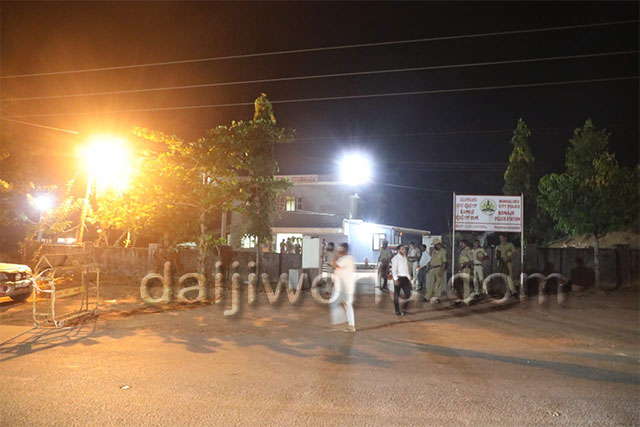 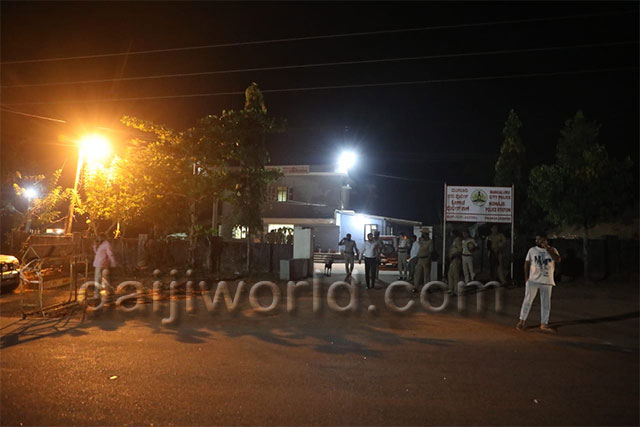 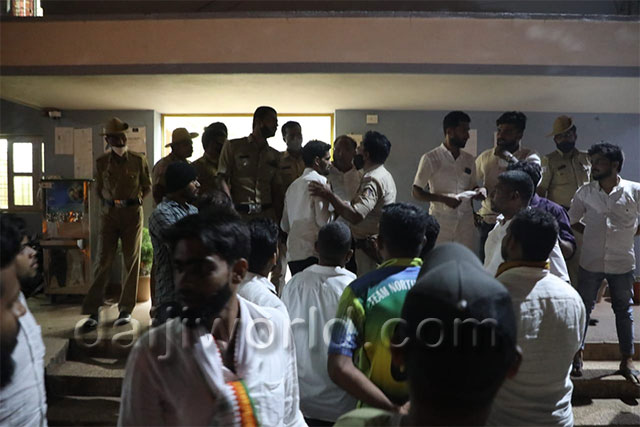 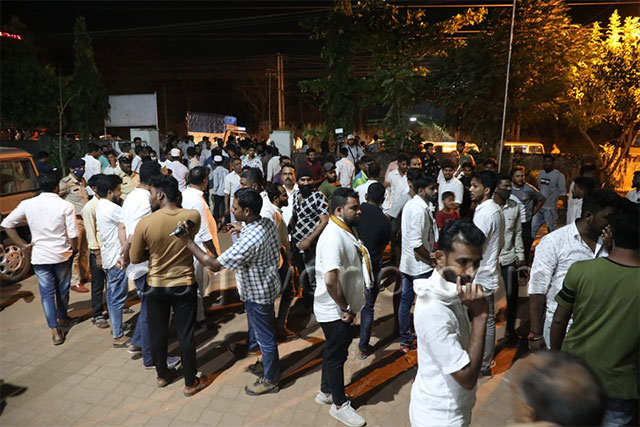 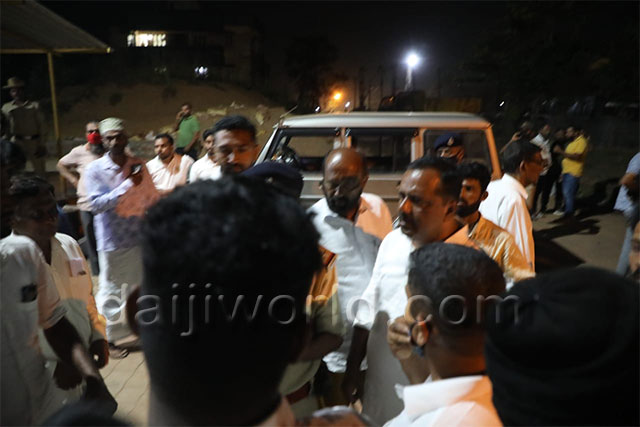 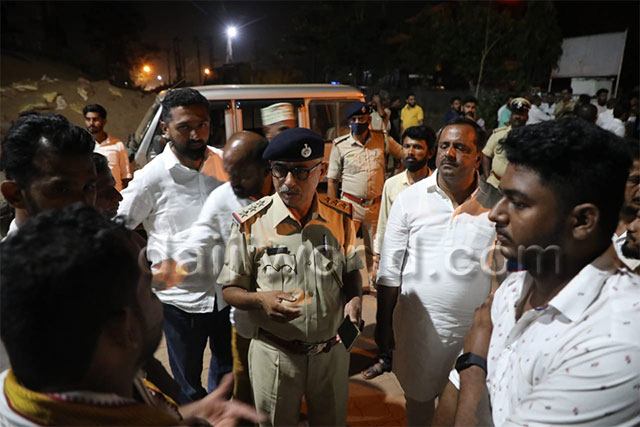 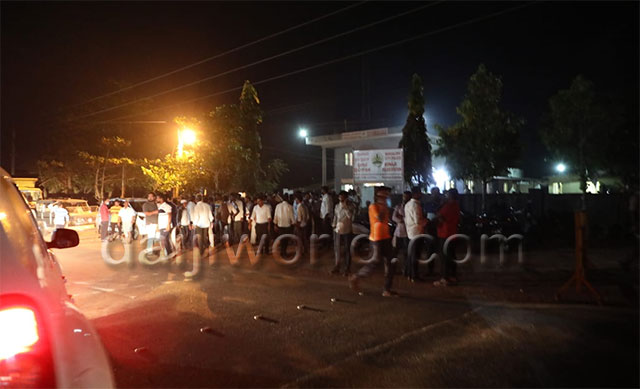 “BJP behaves differently during Vidhan Sabha and Lok Sabha elections and does not hesitate to team up with SDPI during gram panchayat elections. How are they okay with SDPI where Muslims are in majority?. Current developments are indicative of the fact that SDPI is a subsidiary of BJP. The support of BJP is clear in the assaults which took place near the polling booths,” he said.

“BJP is being opportunistic. BJP candidate has not contested elections though 150 votes were in favour of BJP in Adkare Padpu vicinity. However, the party supported SDPI candidates. The suspects of the assaults should be arrested. We will gherao the police station under the leadership of MLA.”

Former municipal vice president Dinesh Rai, Ullal Guthu said that SDPI and BJP have made several changes during Ullal municipal council elections in order to obtain power. “People have not forgotten it,” he said.

The Congress activists also laid stern warning stating that if SDPI activists are not arrested before Wednesday evening, they would resort to protests.