The entire continent has suffered Muslim fundamentalists for decades, their cantankerousness and vehemence growing over the years. Till some time ago, anybody standing up to them was vilified by the mainstream media and intellectuals as racist and Islamophobic. The anti-jihad politicians and writers were denounced as far-Right -- a wide-spectrum term of denunciation. That is changing now. 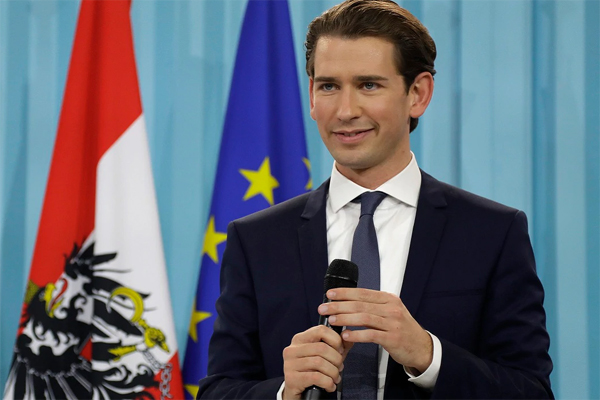 The Austrian cabinet has "agreed on a wide range of anti-terrorism measures meant to plug perceived security flaws identified after a deadly attack by an Islamic extremist in Vienna last week," the Daily Mail reported.

"The proposals include the ability to keep individuals convicted of terror offences behind bars for life, electronic surveillance of people convicted of terror-related offenses upon release and criminalising religiously motivated political extremism," the report said.

"Kurz said the measures, which will be brought before parliament in December for a vote, take a two-pronged approach, targeting both terror suspects and also the ideology that drives them."

Had a European head of government made such an announcement five years ago, he would have been hauled over the coals by the opposition, MSM, and other opinion makers -- not just in his or her own country but all across the world. Kurz has been spared such opprobrium, for the mood vis-a-vis radical Islam has changed.

People and, more importantly, top politicians no longer believe that Muslim terrorists are impoverished, 'alienated' youth who murder innocent people because of racism. Of course, editorialists of several MSM organisations still peddle this pernicious theory, but it finds few subscribers.

Macron has surely signed off from the subscription, much to the chagrin of Islamists like Turkish President Recep Tayyip Erdogan and Pakistani Prime Minister Imran Khan.

They reacted violently, with Erdogan taunting that his French should get "his mental health tested." He also called for the boycott of French products.

Khan tweeted, "Sadly, President Macron has chosen to deliberately provoke Muslims, including his own citizens, and encouraged the display of blasphemous cartoons targeting Islam and the Holy Prophet (Muhammad)."

German Chancellor Angela Merkel -- who refused to acknowledge the menace that radical Islam is -- too has seen the light. She backed Macron.

Her spokesman said, "They are defamatory comments (by Erdogan and Khan) that are completely unacceptable, particularly against the backdrop of the horrific murder of the French teacher Samuel Paty by an Islamist fanatic."

Interestingly, public intellectuals were supportive of Macron and Merkel in the past, as they though that the two leaders were bulwarks against rising tide of far-Right politics.

Even Kurz was approved by The Washington Post as a conservative leader who had "reinvented himself" by shunning his more Rightwing political associates.

"Austria's 33-year-old Sebastian Kurz appears set to become the youngest head of government in the world -- for the second time -- after his conservative party and the Austrian Green party announced a coalition agreement on Wednesday," the newspaper wrote on January 2 this year (https://www.washingtonpost.com/world/2020/01/02/world-is-likely-get-new-youngest-government-leader-hes-familiar-face/).

Kurz became Austrian chancellor for the first time at 31 in 2017, but lost office when a scandal triggered a breakup with his far-right coalition partner last May.

"Seven months on, however, Kurz has reemerged and reinvented himself. Whereas in 2017 he was criticised for undermining European values with his embrace of the far right, he is now being hailed as the leader of a liberal-conservative political experiment that could be repeated elsewhere on the continent," The Washington Post wrote.

In other words, the liberal establishment regards Kurz as a regular leader. He is certainly no Marine Le Pen or Geert Wilders, who could be conveniently dismissed as Islamophobes.

In short, it is not the Right in Europe that has been mainstreamed; mainstream politics has turned Rightward. This is one bit of good news in this dreadful year.