Madhav, who is the BJP in-charge for northeast states, said that though the stability issues of the state government are being raised for the past one year. It has been found that the coalition ministry in Manipur has always been stable and winning elections.

"Take it from me, BJP-led government is stable and will continue till the next assembly elections in 2022," Madhav told the media immediately after his arrival in Manipur capital Imphal. 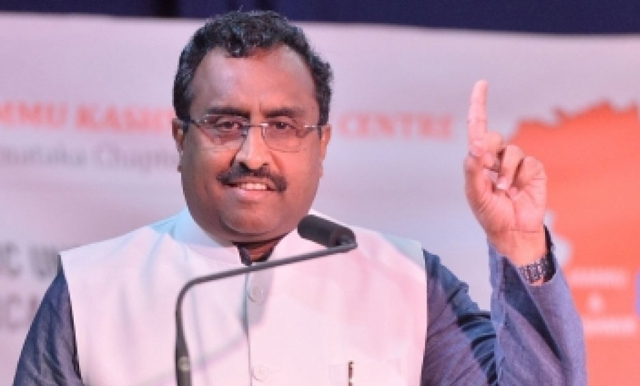 He said: "We are celebrating and felicitating our newly elected Rajya Sabha member. It was a grand victory for the people of Manipur and the BJP leadership."

Chief Minister N. Biren Singh said: "Since ours is an coalition government and there are issues of disputes, the central leadership is simply enquiring about the matter and it is simply a family issue."

He further said: "We won the Rajya Sabha poll on June 19 in Manipur. Everything was transparent and was openly accessible to the people. We are not at all worried about the party and government's stability."

On June 17, four-member NPP (National People's Party), Trinamool Congress (TMC), which has one MLA, and an Independent MLA withdrew their support to N. Biren Singh-led coalition government causing a political crisis in the state.

While the key opposition Congress claimed that the BJP-led government in Manipur had lost its majority, the BJP said the issue had been settled with the victory of its candidate in the Rajya Sabha polls.

A delegation of the Congress on June 17 met Governor Najma Heptulla and demanded to convene a special session of the assembly for a floor test. The delegation also told the Governor that a Congress-led Secular Progressive Front (SPF) government would be formed in Manipur under three-time Chief Minister Okram Ibobi Singh.