Addressing media here on Saturday June 20, VHP regional secretary Sharan Pumpwell said, “Haneef is an interstate cattle thief. Last year cattle was seized at Jokatte in an incident involving Haneef and later by producing false documents, he took away the acttle. Further, they burst crackers and celebrated while taking away the cattle. 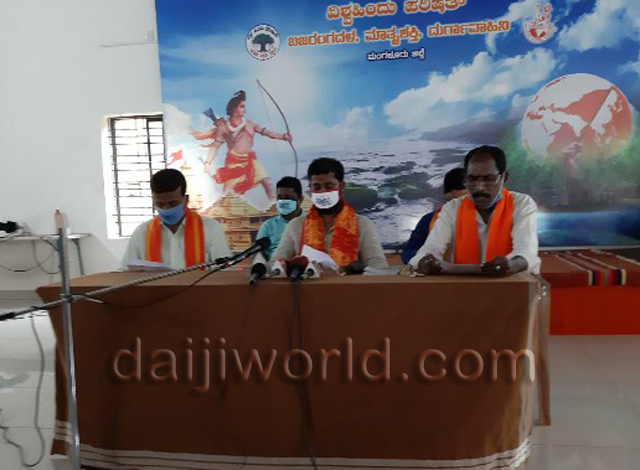 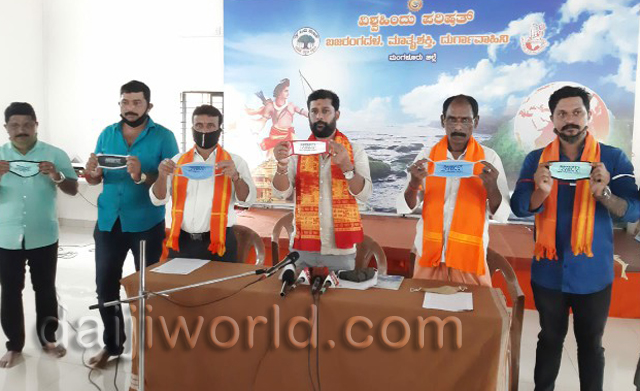 “Cattle theft case has been registered against Haneef at Brahmavar, Sakleshpur, Hassan, Chikkamagaluru, Uppinangady and Panambur police stations. He is also named as a rowdy sheeter by Panambur station. So we urge the district administration to invoke Goonda Act against Haneef.

“He had also claimed that he has right documents to transport cattle. But as per the law under Transport Amendment Act 2016, certain guidelines have to be followed to transport cattle. The certificate obtained from the local government veterinary doctor happens to be fake. We urge the police to conduct probe into the issue. Since several years, cattle theft in rampant in coastal district. The state government has utterly failed in controlling cattle theft.

Vishwa Hindu Parishad also urged traders not to sell China made products condemning the attack by Chinese troops which claimed the lives of 20 Indian soldiers. VHP also unveiled masks with ‘Boycott China’ print on them.