Arkansas (USA) Nov 11: The simple phrase ‘people with passion can change the world’, has worked wonders for those who passionately pursue fields of their interests. Accomplished Bharatanatyam dancer Vidushi Megha P Rao, a passionate Bharatanatyam exponent has proved that passion and dedication can move mountains and conquer anything. Armed with more than 20 years of performance and teaching experience in this highly revered form of Indian classical dance, Megha is on a mission to popularize Bharatanatyam and spread its essence in the land of opportunities, the USA. Through her
‘Dhirana Academy of Classical Dance’ based in Bentonville, Arkansas, USA, Megha wants to provide a solid foundation to Indian expatriates or people of Indian origin who are keen to learn Bharatanatyam in the far-off land. 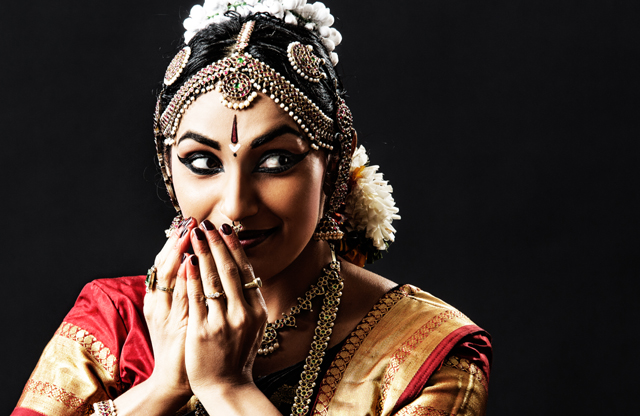 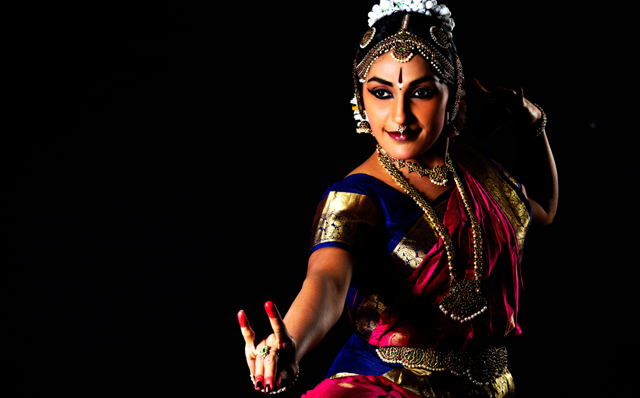 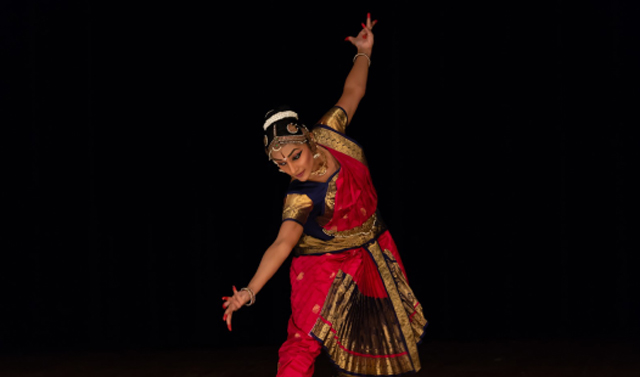 “I want to bring classical dance closer to the people by bridging the gap between the society and this divine art form,” asserts Megha, who manages the commercially successful Academy in the US since 2011. Her efforts to provide a sturdy foundation to those who are keen to learn Bharatanatyam have borne fruit as she trains more than 100 students every year in the US and has been able to make her presence felt as an ambassador of Indian classical dance. She has also been collaborating with school districts and other organizations to provide an opportunity for the Indian community and also the global community to learn Bharatanatyam. Developing a mobile app to expose Bharatanatyam to the global audiences is also in the pipeline.

Through her multiple roles as a performer, choreographer and teacher that Megha has succeeded in making a mark for herself apart from spreading the flavour of India’s art in the US. As a performer she is known to spellbind her audience with her nimble movements, grace, pristine purity of expression and cheerfulness. Learning is a constant process for her and to give further fillip to her acclaimed talent and work towards cultural diversity, Megha has diversified into American classical ballet. Just in her early 30’s, the accolades and awards she has won and her achievements speak volumes of her dedication, devotion and hard work to popularize Bharatanatyam.

It was Bharatanatyam that beckoned Megha who began to learn it at a young age of seven under the tutelage of guru Somashekar from Mysuru. Her parents Dr B S Kakkilaya and Pushpa Kakkilaya knowing her proclivity towards Bharatanatyam supported her endeavours. Later, under the able guidance of distinguished Bharatanatyam exponent Dr Chetana Radhakrishna of Gurudev Lalitha Kala Academy of Mandya, she began her full-fledged learning and passed her junior, senior and Vidwat exams. Megha completed her Arangetram in 2001 at the age of 15 and was the first student of Dr Chethana to do her Arangetram. Dr Chetana Radhakrishna, who is quite ecstatic about her disciple’s perseverance and success, minces no words to heap praises on her favourite disciple. “Megha is my first and best disciple who awakened the guru in me. She was always the best shishya who learnt the art in true gurukula tradition where she also exhibited her mischievous and playfulness in ample measure. Her devotion and accomplishments have inspired and motivated hundreds of my disciples,” says Dr Chetana Radhhakrishna speaking in glowing terms about her disciple.

Megha pursued her passion with an extraordinary zeal and with intent to make it her career. She obtained a Post Graduate degree in Bharatanatyam from Bangalore University after graduating in Journalism from Mysore University. To learn the finer nuances and perfect the art of Bharatanatyam, she also learnt classical, folk and light music side by side. This helped her to evolve her own individual style without compromising or deviating from the core principles of the ancient dance form.

Megha, who made her stage debut at the age of 10, has continued her impressive journey by giving more than 1000 solo and group performances both in India and the USA. In 2011, she moved to the USA after her husband got a job in Bentonville. It was her captivating dance performance at ‘Sargam’, a major dance event in Bentonville 2011, that introduced her to the dance aficionados in the USA and her odyssey continues unabated even today as she is able to find ways and means to organize and perform at various events in the US. Arkanasas is a small town having a floating population, where a few dance enthusiasts and musicians were striving to keep Indian culture alive before her arrival there. After watching her performance and knowing about her dance background, the group collaborated with her Dhirana Academy to work towards a common goal to enthuse Indian expatriates to the classical dance.

The Struggle and Success

Megha had to struggle a lot initially because knowledge about classical art in the US was very minimal. She had to start from scratch literally volunteering to teach and perform at various events including community festivals. It was just the beginning. Slowly she graduated to perform at charity, fund raising and multicultural shows. In 2017, Dhirana Academy came up with ‘Pradarshana’ to provide a platform for students to perform pure classical dance forms in the presence of a wider audience and give them the much-needed exposure and experience. Dhirana is now getting ready to come up with ‘Pradarshana 2019’ scheduled for November 16.

Over the last eight years Megha has made her presence felt in the distant land and is now the most revered and sought-after teachers in the area. “It is really a rewarding experience for me because parents who want a solid foundation for their kids in Bharatanatyam bring them to my academy. There is also a paradigm shift in their attitude as they now want their children to become professionals unlike the earlier trend where they wanted them just to keep in touch with Indian culture and art,” Megha points out.

Dhirana Academy also conducts workshops at the NWA Conservatory of Classical Ballet where students from different ethnic backgrounds come to learn Bharathanatyam, a positive development indeed. Team Dhirana also espouses the cause of social issues by performing at various charity and commercial events.

Accolades, recognition and awards have come pouring in at a young age to this prodigious talent who showcased her talent in various state and national level competitions even during her student years. Her achievements catapulted her to fame at state and national level at a young age which strengthened her resolve to strive for more and make a mark in her chosen field. A graded dance artiste of Doordarshan, Megha has successfully extended her creative energy by combining choreography with many Indian dance forms. ‘Navarasa Margam’ was one such performance she conceptualized, choreographed and performed in 2018 which was organized by Ra Ve Cultural Foundation.

It goes to the credit of Dhirana Academy that it succeeded in getting the support of the community and the students who are now much more dedicated and committed to the dance form than they were earlier. That is like winning half the battle.

Megha is happy with the way her efforts have borne fruit and the impact she has been able to make. Despite increasing awareness and demand, Megha says she has to do the balancing act of giving equal time to her five and seven-year-old daughters. “I am a performer, choreographer and mother of two young girls who require my attention. So, I have to do the balancing act so that I can do justice to both,” she contends.

A big salute to the young artiste for her extraordinary achievements.