Developers, who have been in the midst of a liquidity crunch over the last one year, however, said that the swifter and considerable transmission is required for an actual impact of the rate cuts. This is the fifth consecutive rate cut by the central bank.

Anuj Puri, Chairman of Anarock Property Consultants said: "The repo rate cut of 25 bps announced today is in line with expectations. It can probably go some way in improving consumer sentiments ahead of the festive season, which is a crucial quarter for the real estate sales." 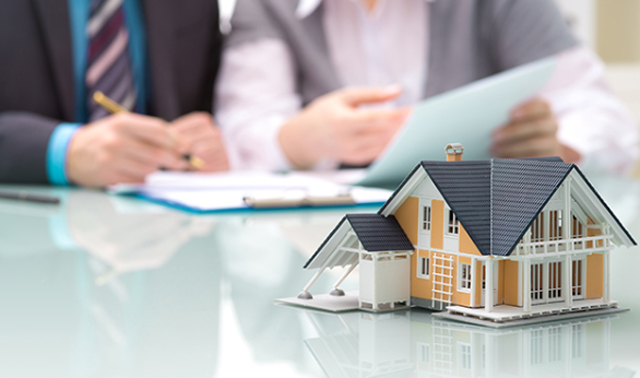 "However, much depends on how efficiently banks transmit the benefits to their homebuying borrowers. An efficient transmission will lower the cost of capital not only for consumers but also for developers, making room for price revisions and further discounts. Some banks have agreed to link their lending rates to the repo rates, but all major lending institutions need to follow suit," Puri said.

Ramesh Nair, CEO and Country Head, India for JLL, said that the consecutive rate cuts would help boost consumption and the economy, and the real estate sector too is likely to see higher sales.

"The real estate sector, too, is likely to witness accelerated sales owing to favourable policy reforms and the gradual transmission of rate cuts to end-consumers through lowering of mortgage rates," he said.

There have been a slew of measures announced of late to support the sector, including capital support for housing finance companies and creation of a Rs 20,000 crore corpus with half of the investment by the government. Market players are of the view that the rate cut along with the measures should aid the ailing sector, given the retail loans become cheaper.

"There have been many meaningful interventions by the government and regulator which has provided a positive boost to the home buying sentiment among the potential homebuyers. Rate cuts will guarantee affordability in terms of home loans and thus lowered EMI, lower GST, and tax discount for the middle class as per as interim budget," Ashok Mohanani, Chairman, EKTA World.

Surendra Hiranandani, Chairman and Managing Director, House of Hiranandani said: "With the festive season round the corner, we definitely welcome this move as people make huge purchases during Navratras and Diwali. The real estate sector has been looking forward to such initiatives to boost sales as it is highly sensitive to interest rate movements. This further reduction of repo rate will not only bring down the lending rates, but also incentivise investment and boost consumption."

According to Parth Mehta, Managing Director, Paradigm Realty although banks have started passing on the benefits of the rate cuts to the public, transmission has been minimal so far.

"Though the transmission of lowered rate cuts has started by banks for retail consumer loans & home loans in a minimal way yet consumer spending hasn't bounced back which is need of the hour to propel GDP back. This easing monetary stand is a welcome move to make the economy more buoyant and for return of domestic consumer spending which is the key amidst global slowdown," he said.

Rahul Grover, CEO, SECCPL said that with the onset of the festive season, the RBI has ensured a "much needed brief rest" to the stressed real estate sector.

"The new rate cut and as per recent RBI mandate, new home loans will be directly impacted by the new repo rate resulting in a reduction in lending rate. This will help push the demand-side helping it improve the sales and overall economy," Grover said.

As per Anshuman Magazine, Chairman and CEO, India, South East Asia, Middle East & Africa, CBRE while the RBI has done its bit, it is now critical that banks facilitate a faster transmission of these rate cuts to ensure that the measures reap results.

Ashok Gupta, the CMD of Ajnara India said that many more steps are needed to streamline the sector and provide boost.

"We have been demanding single window clearance for quite some time as it will mean that projects are completed at a faster rate. If projects get stuck then the whole solution of lower EMIs will fall flat, so the need of the hour is to come up with steps that can help in completing projects," he said.