Dubai, Apr 16: Zulekha Healthcare Group has launched the sixth edition of its cervical cancer campaign on Monday, April 15. This campaign which was first launched in 2014 has proved to be highly effective in increasing screenings for the disease, both at Zulekha Hospital Sharjah and Dubai. In 2014, 282 women attended the screening. Since then, it has grown rapidly by 522% with 1,756 attendees taking up the screening in the year 2018.

Women in the UAE are at a risk of developing cervical cancer and according to the World Health Organisation (WHO) this type of cancer is the fourth most frequent cancer in women worldwide, with an estimated 570,000 new cases in 2018. This represents 6.6% of all female cancers. According to a new data revealed by the Tunisian Centre for Public health, 7,600 women died from cervical cancer in the MENA region in 2018. 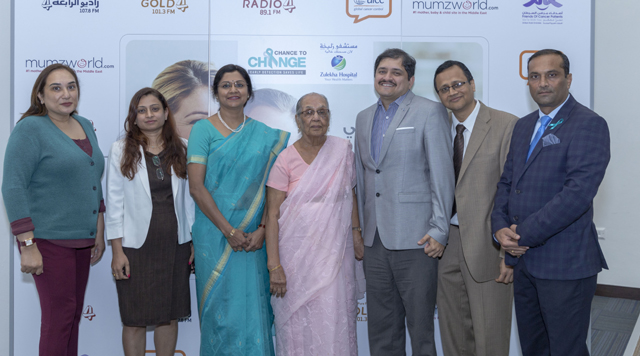 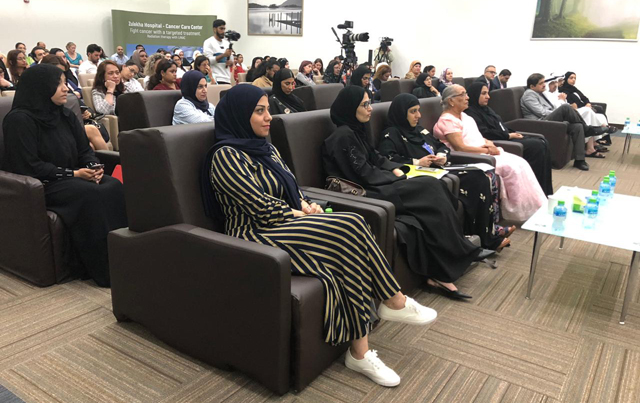 Therefore, in order to increase early detection and prevention of cervical cancer among women in the UAE, it is vital that women regularly attend screenings. Zulekha Hospital’s campaign ‘Chance to Change’ aims to support the UAE government’s efforts to decrease cancer fatalities by 2021.

The launch event was attended by dignitaries including Dr Sawsan Al Madhi, director general of Friends of Cancer Patients (FOCP) with her team members Amel Al Maazmi, director of Corporate Excellence, Khawla Rashid, director of Beneficiary Support Services and Nada Binghalib, director of Community Affairs at FOCP. Founder and chairperson of Zulekha Healthcare Group, Dr Zulekha Daid and other delegates from Dubai Health Authority and the Ministry of Health & Prevention were also present at the occasion.

The ‘Chance to Change’ campaign is supported by advocating partners; Union for International Cancer Care Control (UICC), Friends of Cancer Patients (FOCP), Mumzworld.com and Channel4 and comes in line with Zulekha Hospital’s objectives and continued focus on raising healthcare standards and improving the quality of life for UAE residents. The hospital has recently become a proud member of UICC, a global non-governmental organisation that exists to help the global health community accelerate the fight against cancer and aims to create a larger impact through its initiatives.

Dr Sawsan Al Madhi, director general of FOCP said, “FOCP has always established and promoted a culture of awareness to enhance the community’s access to cancer treatment. The organisation has also been instrumental in raising awareness about the disease and early detection at the local, regional and global levels.”

Dr Sawsan continued, “Our cohort is much more than offering free medical check-ups and cervical cancer screenings. These are integrated efforts byentities who have come together to solidify the UAE’s humanitarian image globally. Our messageis to build a society that is more aware of the potential risks so that adequate measures can be taken well in advance, to reduce the rate of cancer”.

Zulekha Hospital co-chairperson, Zanubia Shams, commented, “We are always determined to play an important role in cancer prevention in the UAE. Cervical cancer screenings can make a powerful impact and the screenings are capable of detecting the early stages of cancer making it a preventable disease and saving many lives. A simple but vital change can be made through greater awareness of the disease and can be life-saving for everyone. Our continued focus is to raise healthcare standards and improve the lifestyle of the UAE residents by decreasing cancer fatalities, which is in line with the UAE’s vision 2021 for health”.

To register for the screening, call 600524442 or visit change.zulekhahospitals.com

Zulekha Healthcare Group is among the forerunners in UAE healthcare. Today the Zulekha Healthcare Group includes two multidisciplinary hospitals in Dubai and Sharjah, as well as four UAE medical centres and four pharmacies providing specialised treatments in over 30 disciplines. The Group is also opening a multidisciplinary Hospital in India. Zulekha Hospital has received extensive recognition for its commitment towards quality care and sustainable business practices, and recently received the prestigious Dubai Quality Award for the second time in four years, underling a commitment to providing high quality healthcare to patients and society.

About Friends of Cancer Patients (FOCP)

Friends of Cancer Patients (FOCP) is a non-profit organisation that was founded in 1999 with the aim of spreading awareness about the six early detectable cancers; breast cancer, cervical cancer, prostate cancer, skin cancer, testicular cancer and colon cancer. Apart from its awareness activities, FOCP provides moral and financial support for thousands of patients and their families regardless of nationality and age. It has so far provided support for more than 5,000 cancer patients and their families living in the UAE.