Thank you readers – Rs 11 lac pours in for Clevan, gives him hope

Mangaluru, Aug 30: “With shattered hopes and increasing debts, we had concluded that suicide was the only way out. At that critical juncture, it was Daijiworld and its readers who came as a ray of hope in our lives. For the first time in many years, I saw a smile on my son Clevan’s face. I don’t know how to express my gratitude,” says Irene D’Souza.

On July 26, Daijiworld published an article on Pavoor resident Clevan Sheldon D’Souza who suffered from multiple diseases from his childhood. His parents Charles and Irene spent whatever they had on treating their son but Clevan’s health failed to improve, and their debts kept increasing. Clevan’s condition and his family’s struggles touched the hearts of Daijiworld readers who were quick to respond by donating Rs 11, 03,065. 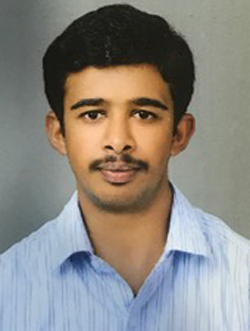 Daijiworld in its article had written about the family’s financial condition and their struggle to afford a onetime meal. After spending and pawning everything they had to treat their 24-year-old son since the time of his birth, they decided to stop treatments with a very heavy heart as they could not afford Rs 8000 every month for medicines and check-ups.

Right from birth, Clevan suffered from congenital heart disease and imperforate anus. He was unable to pass stools, and doctors had to make an alternative hole on the right side of his stomach. He had many corrective surgeries at Father Muller’s Hospital throughout his childhood to fix the rectum issue.

Clevan spent his entire childhood in hospitals and on medicines. His parents sold properties, ornaments and finally took loans for their son’s treatment. However, Clevan’s condition did not improve and the doctors told he will be dependent on medicines for the rest of his life. Meanwhile, Clevan’s parents were unable to pay back the loans as they did not have any source of income and could not leave to work leaving Clevan alone.

Their son’s suffering and helplessness and their inability in providing him timely treatment, made the family contemplate on committing suicide many a times.

“We visited Daijiworld Corporate Office as a final attempt to seek help and save our son and ourselves. But we never imagined that people will help us in such a manner. Now Clevan is happy thinking that he will get good treatment and will become well soon. On behalf of my son, I thank entire Daijiworld family and its readers from the bottom of my heart. You gave us a second life,” says Irene.

Indeed, Daijiworld readers have once again proved that together, we can make the world a beautiful place. We are grateful to each and every person who has helped and supported Clevan and his family.

Your generosity helped them too:

Title: Thank you readers – Rs 11 lac pours in for Clevan, gives him hope