Meet Karan Acharya, the artist who was hailed by PM Modi in Mangaluru rally

Mangaluru, May 8: "It was beyond my wildest dream to receive praise from Prime Minister Narendra Modi," exclaims 29-year old Karan Acharya, whose 'Saffron Hanuman caricature' was hailed by the PM during his electoral rally on Saturday at Mangaluru. In the rally, PM Modi decried the Congress for its 'intolerance' to the creatives of the budding artist.

A native of Kasaragod, Karan Acharya, a digital artist who now works as an animator for a Bengaluru-based company says that he never thought that his artwork 'Attitude' or 'Determinant' Hanuman - as he would like to call it would become a nationwide rage. "Growing-up as a kid, I always heard tales of mythological figures. So when I stepped into the field of fine arts, I always wondered what if the anatomy of characters such as Hanuman, Ram could be enhanced from plain body or Yogic figure to Muscular structure," he says. 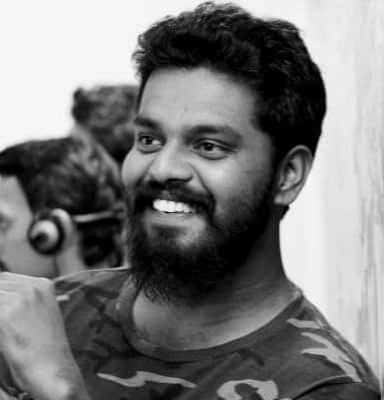 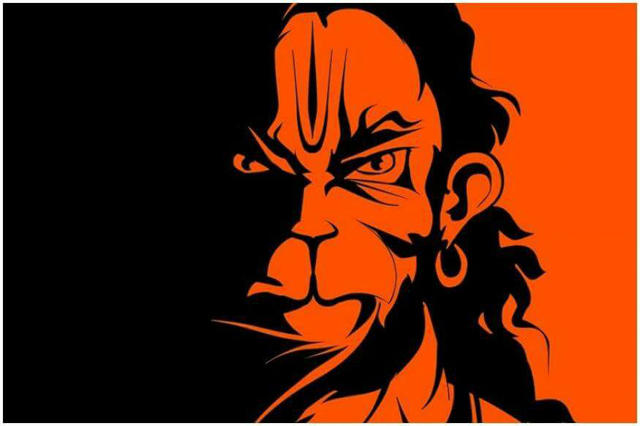 It was then back in 2015, when a few of his friends in Kumble wanting to take Ganesh procession asked him to design one for them. "We usually designed different types of 'OM' for flag poles, but this time since the group had persisted for over two months, we decided to improve our work," he says. Karan along with his cousin Bharath and Praveen sat through the night and came up with caricature. "We wanted the Hanuman with attitude, no smile, and determination. We are all Hanuman Bhakths and being into fitness we are much more into it. Therefore we highlighted on the face, chest muscle, beard and long hair," he says.

But very soon, Karan realised that the design became an instant hit as he started receiving WhatsApp messages, he was randomly tagged in social media sites and started receiving compliments to his design. The caricature was also imprinted on cars, scooters, t-shirts, umbrella and other merchandise. "I really felt appreciated for my work. People started complimenting me and so on. I never looked at it from commercial or political point of view," he says.

Born in a family of artists, Karan says his 45-year old mother Manjula is his true inspiration. "She along with my uncle Yagnesh and grandfather Ramachandra Acharya were all artists. Since childhood my mother insisted me to pursuit my skills. She used to also narrate many mythological stories and this could have laid the foundation of my art being blended with mythology."

After completing his 12th grade in 2003 at Tagore College Vidyanagar in Kerala, Karan pursued fine arts for two more years. "Several faculties including mentors Laxmish Acharya, Girish Acharya, guided me to pursuit my interest," he says. Although, Karan works on various designs, depending on his client's order - God and Goddesses remain his favorite theme.

The artist says he is considering of filing a copyright for his Hanuman design. "I would never charge anything from regular designers or small time agencies for my work, because like me, I understand they have to look after their livelihood. However if anyone is looking at the design as commercial, then I would definitely appreciate them to request for permission," he says.

On being asked his political affiliation, Karan says, he does not vouch for a particular party. "I very much follow PM Modi, and I think he is doing a good job. Similarly if you visit my hometown in Kasargod, CPI is also doing good administration. I would call myself not-political, though I appreciate many political leaders," he says.

Regarding the criticism faced for his artwork for promoting masculinity, Karan says that he has come across people a few accouncing to boycott the cabs that paste the picture, at the same time people offering the driver Rs 50 extra if they have such labels. "As an artist I did my job. If some people think like that, I really can't do anything about people's perspective. For me it's solely about my caricature," he says.

At present, Karan says he is planning to help his friends launch a comic book based on a few mythical characters in Hindu mythology. "My friends have written a series, one on a futuristic tone of immortal characters like Hanuman or Parashuram. Another comic is on superhero characters like Marvel or DC comic like Batman, but an Indian version," he says

In his speech on Saturday, Modi lauded Karan Acharya for his artwork, while taking potshot at Congress for being 'anti-democratic' and being 'intolerant' for the creative work of the artist. "I was not invited by any of BJP functionaries to attend the rally, nor I expected any compliment. I was at Hyderabad for some work and it was my friends who attended the rally informed me of the PM's compliment. It’s a proud moment for me that the PM of our country took note of my work," he said.

Title: Meet Karan Acharya, the artist who was hailed by PM Modi in Mangaluru rally