Bantwal, Jul 27: The Bantwal police on Thursday July 27 arrested a leader of Hindu Jagarana Vedike (HJV) in connection to the attack on a youth last month.

A group of four including Ratnakar had allegedly attacked Khaleel and escaped from the spot. At the time of the incident, it was also reported that Ratnakar had also been stabbed as he had been admitted to hospital. He had claimed that Khaleel had attacked him. 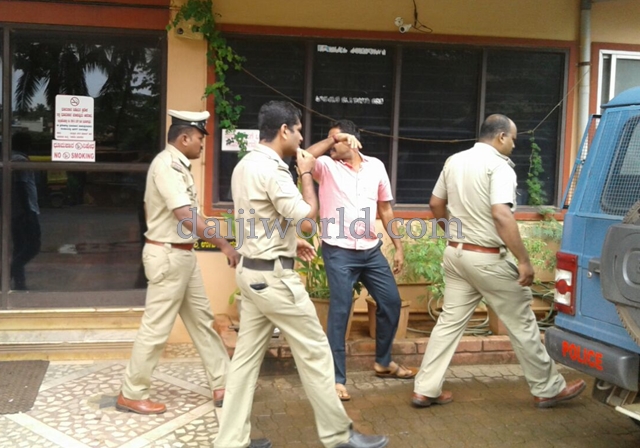 On Thursday, the police arrested him from the Puttur hospital he was admitted in. He was later produced in the court, sources said.

It may be recalled that two days after the stabbing incident, reports emerged that Ratnakar Shetty had escaped from the hospital despite tight security, and two police personnel were suspended the same day. But later in the day, he appeared again, apparently admitted to the ICU. The doctors in the hospital claimed that he was taken to Mangaluru for some tests and brought back, and that police permission was not required as he was not under arrest then.