Doha, Apr 23: Ester Noronha, the lead actress in Konkani feature film 'Sophiya', will perform live during the 17th Annual May Queen Ball to be held on May 4 at the Radisson Blu, Doha from 7.30 pm onwards. She will perform along with Goa's top live band Alcatrazz.

The highlight of the event will be the crowning of the 17th May Queen by bollywood celebrities along with Ester Noronha. Every participant in the contest will be gifted with cash prizes and the winners will be gifted with fabulous prizes like gold necklace, diamond ring, airline tickets, wrist watches, electronic items, starred hotel vouchers, cosmetic sets and many more valuables, says Goan Welfare Association president, Simon D’Silva. 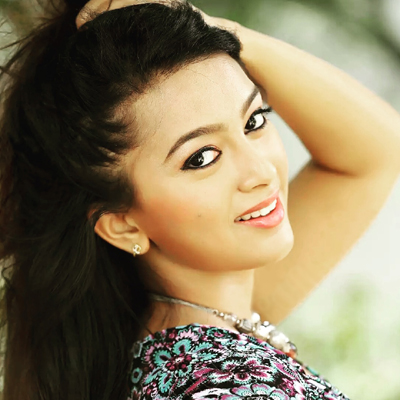 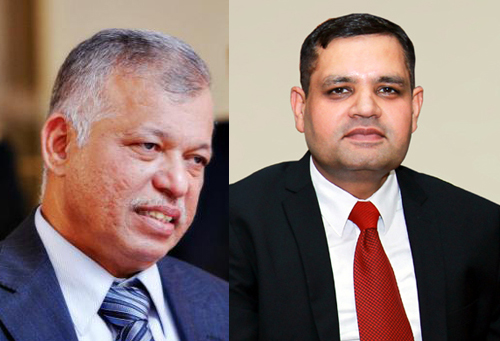 Luizinho Faleiro, MLA and president of Goa Pradesh Congress Committee (GPCC) and former chief minister of Goa has consented to be the chief guest. Raj Kumar Singh, deputy chief of mission, Embassy of India, Qatar will be the guest of honour.

Alcatrazz, the most celebrated liveband from the western Indian state of Goa, will be another highlight of the show along with DJ Glorio. Updesh Swar and Mahesh Prabhu will compere the event.

Ester Noronha was born in Bahrain and due to her interest in music and dance at a very young age, her mother, Janet Noronha gave up her career and came down to Mangaluru, where Ester continued her schooling and simultaneously pursuing training in piano, Bharatnatyam, Carnatic singing, guitar and also performing in live shows in Konkani language at the age of 9. She then became very popular and performed in numerous shows locally and abroad.

Ester was trained in Kathak and Bollywood dancing under Saroj Khan where she got introduced to the world of movie makings. Saroj Khan offered her to work in a non-commercial Hindi movie "Baromas", which she herself was choreographing. Ester went on to be featured and nominated in various countries and film festivals around the world including the 2012 South Asian International Film Festival in New York City and the DCIFF (DC Independent Film Festival) in Washington, DC. It was the only Indian movie to be selected and competing in feature films category against films from United States, Switzerland, UK and Canada.

She was then cast by the renowned director Teja in his Telugu movie "1000 Abaddalu" in 2013 which went on to be a hit and Ester was immediately signed by the prestigious 'Suresh Productions' for their golden jubilee project "Bhimavaram Bullodu" opposite lead actor Sunil. The project was in celebration of the 50th year of the production house and it turned out to be a massive hit completing 50 successful days in theaters across Andhra Pradesh and Telangana thus making Ester Noronha popular and loved by the audience in the Telugu film industry (Tollywood).

She is making a commercial entry into Bollywood in a project by the 'One 2 ka 4' fame director Shashilal Nair which is currently undergoing post-production. She is debuting in Marathi films with the film "Majhi Aashiqui" with director Pravin Karle of 'Maan Sanman' fame. She will be seen in a special appearance and the title song choreographed by the Salman Khan starrer 'Jai Ho' fame Jani master in the Telugu movie 'Garam' alongside hero Aadi of 'Lovely' fame. She will also be seen in the Kannada movie 'Local Train' opposite hero Sunil Nagappa popularly known as Krishna of Madarangi fame.

Ester is in support of the uplifting of her mother-tongue Konkani and is contributing by supporting one of the first efforts to make a full-fledged commercial Mangalurean Konkani movie "Noshibacho Khell" by acting in it. A few more of her movies are ''Usirigintha Neene Hattira' (Kannada), 'Garam' (Telugu), 'Meen Kuzhambum Mann Paanaiyum' (Tamil), 'Nagrik' (Hindi), 'Majhi Aashiqui' (Marathi), and now, she is also acting in another Konkani new film, produced by her mother, Janet Noronha titled 'Sophiya' (A dream girl), to be released on May 12 in India. A trailer of 'Sophiya' will be featured during the May Queen Ball in Qatar.

She ventured into playback singing and rendered her voice for award winning Konkani movie
'Nachom-ia Kumpasar' ('Let's Dance to the Rhythm') for the song 'Meu Amor'. Nachom-ia Kumpasar won many national and international awards and still running houseful in India.

Ester will be accompanied by Bollywood celebrities at the event.