The car reportedly rammed on a roadside tree on the Santhome High Road in Chennai in the early hours of Saturday and the duo got trapped inside.

The car, which was being driven by Sundar, was stuck in between the tree and a wall after catching fire and the couple were burned to death.

Nivedhitha, a doctor by profession, was working in a private clinic.

Seeing the vehicle on fire, passersby alerted the Chennai city police control room, and a team of police personnel were quickly sent to the spot but it was too late for the couple to be evacuated from the car.

A passerby uploaded the video of the BMW car burning down.

They reportedly found it hard to open the car doors and hence got trapped inside of the burning vehicle. 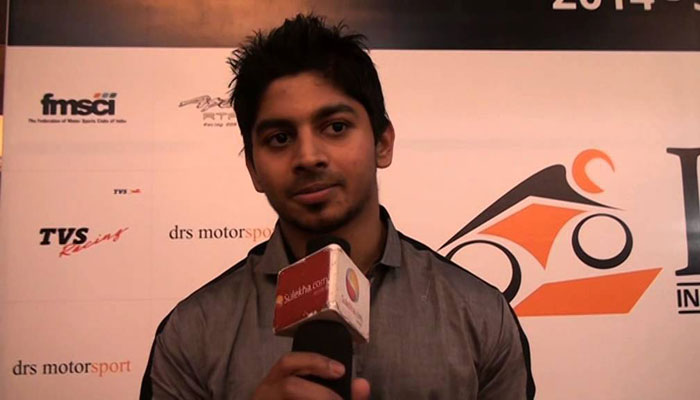 The couple's bodies have since been sent to the Royapettah Government Hospital for a postmortem.

Police officials claimed that the racer's over speeding was the reason behind the crash.

Fire and rescue services personnel from Mylapore also rushed to spot but it took around half-an-hour to put out the fire.

Sundar had won the national title in car racing and two-wheeler events on several occasions. His wife Niveditha was a doctor in a private hospital in Chennai.

In 2008, Ashwin had clinched a deal with German racing team Ma Con Motorsport and drove for the German Formula Volkswagen ADAC Championship.