Mangaluru, Jan 13: Minister U T Khader, who is known for coming to the rescue of those in need, especially in cases of accidents, has once again donned the role of the Good Samaritan, this time by helping Sabarimala pilgrims who were trapped in a car fire. 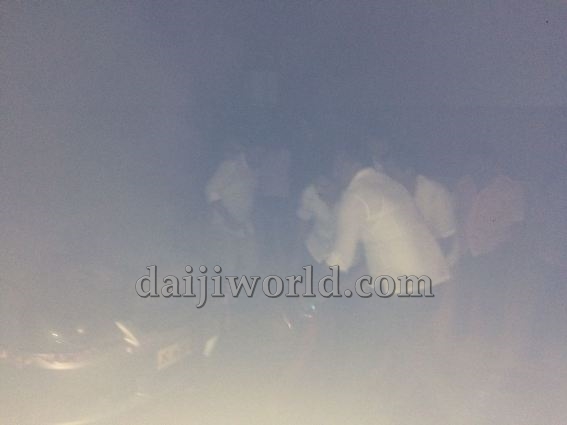 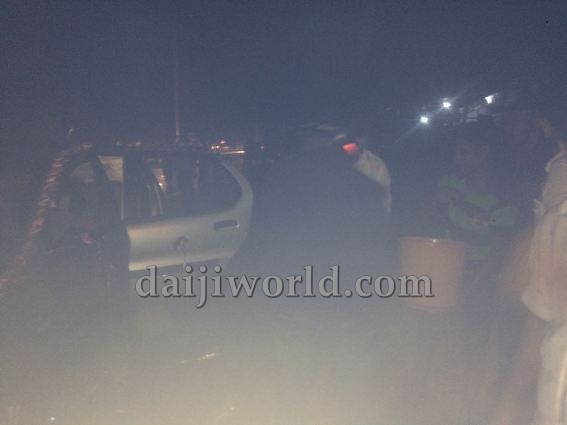 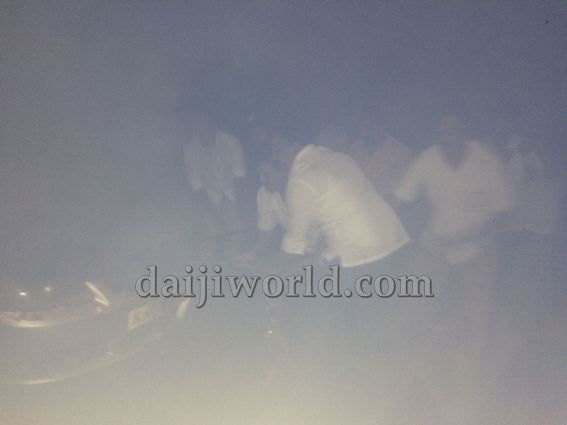 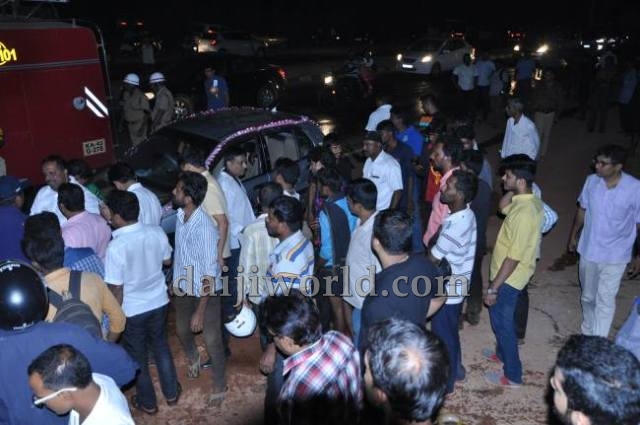 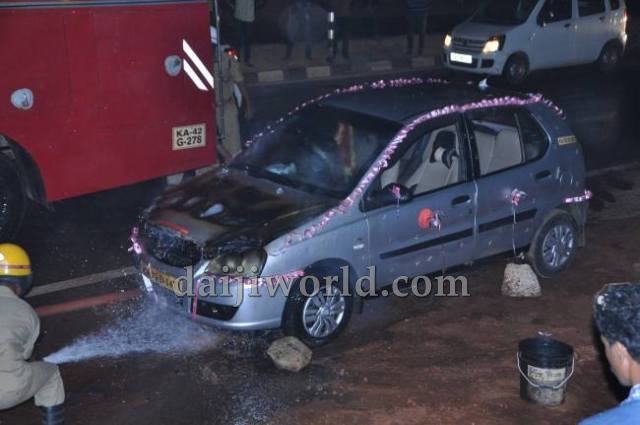 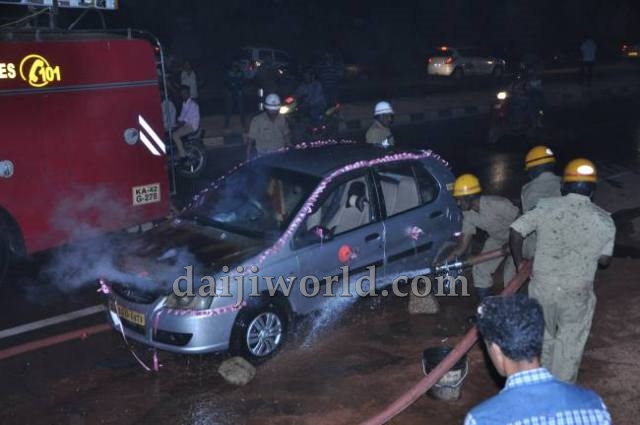 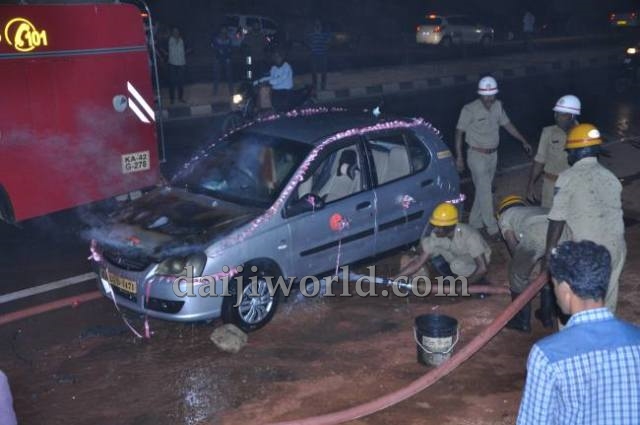 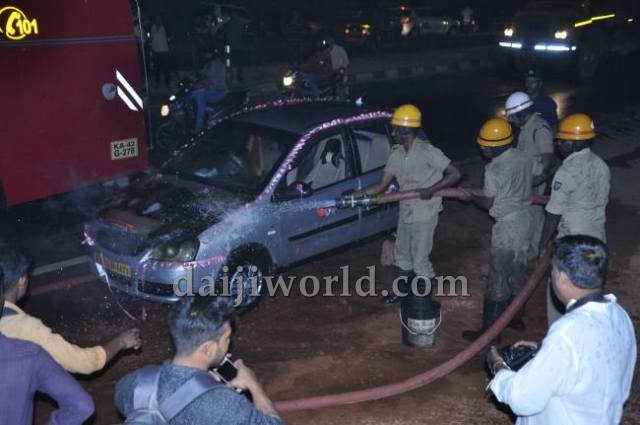 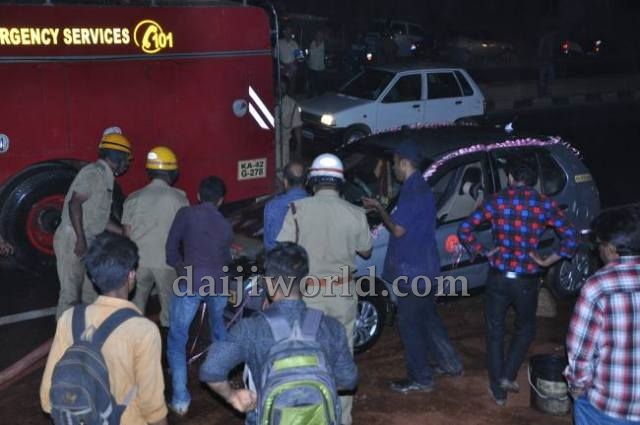 The Sabarimala pilgrims, natives of Kundagola in Dharwad, had been to Sabarimala by Indica car. On the way back, they visited Dharmasthala on Friday January 13. When they were passing by Pumpwell-Nantoor stretch in the city, the car suddenly caught fire. Even before they could understand what was happening, the fire became intense and started spreading.

To their good fortune, food and civil supplies minister U T Khader happened to be passing by the same route. The minister immediately stopped his car and rushed towards the Indica which was in flames. He rushed back to his own car, grabbed bottles of water that were inside and poured the water on the flames. He also grabbed some mud with his hands and used it to try and douse the fire.

Khader not only helped the pilgrims get out of the car safely, but even saved their luggages and a bundle of 'prasadam' from burning.

By then, the fire service personnel arrived at the spot.

Khader also made dinner arrangements for the pilgrims and even gave them money to help them return to Hubballi. He also arranged their return by KSRTC bus.