Udupi, Mar 6: In a heart-warming gesture, Sri Vishweshateertha Swamiji of Pejawar Math on Friday March 6 visited the Dalit colony at Nittur here to know the issues faced by the residents and to propogate the upcoming Virat Hindu Samajotsava scheduled to be held on March 9.

Addressing the gathering, Swamiji said, "When we visit Dalit colony, it does not mean that the practice of untouchability will stop overnight, but when the first step towards this is taken by us, the public will take two steps forward. 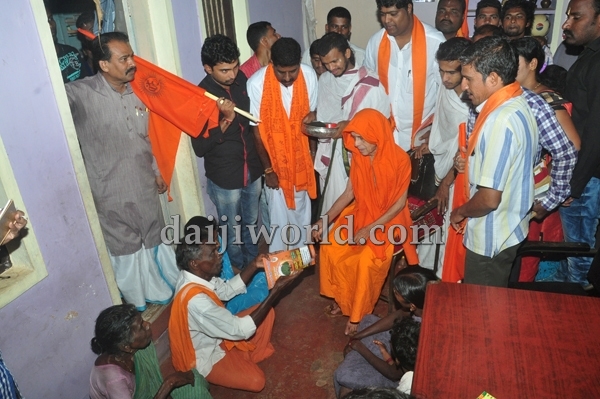 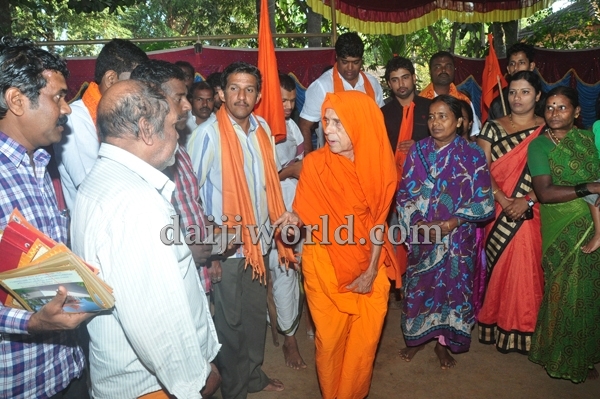 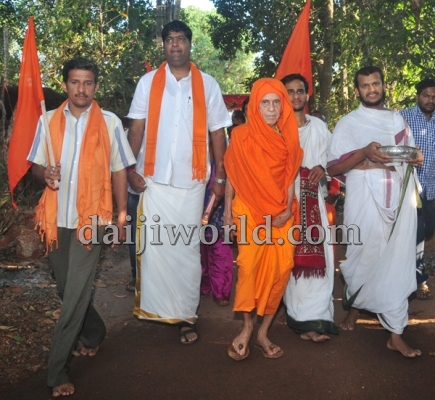 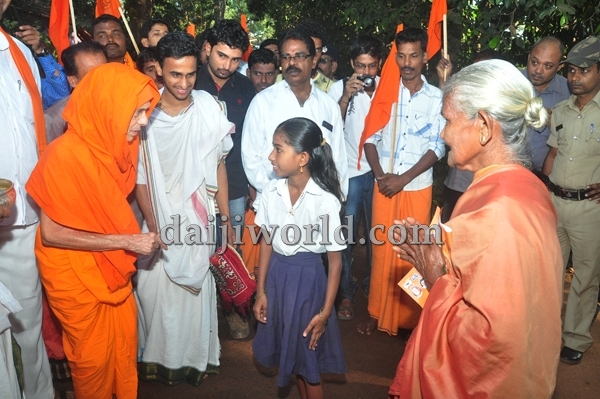 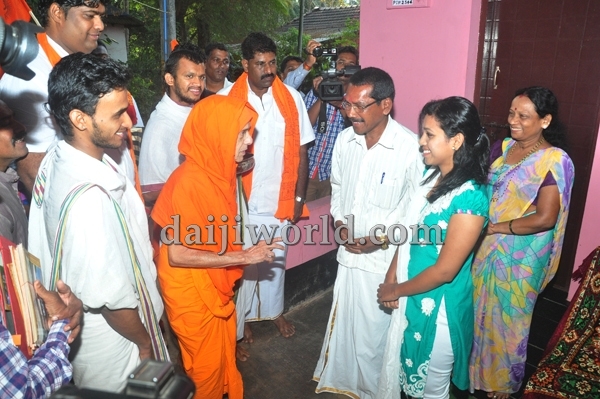 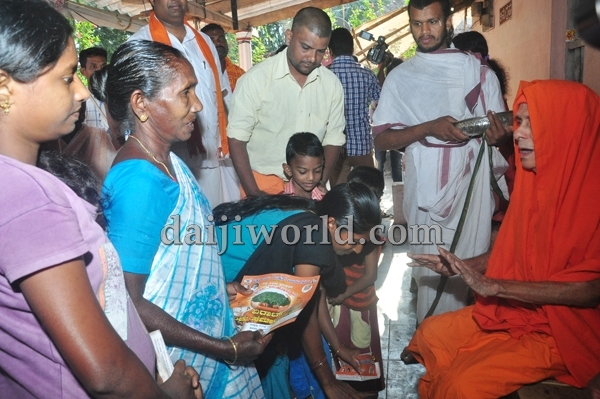 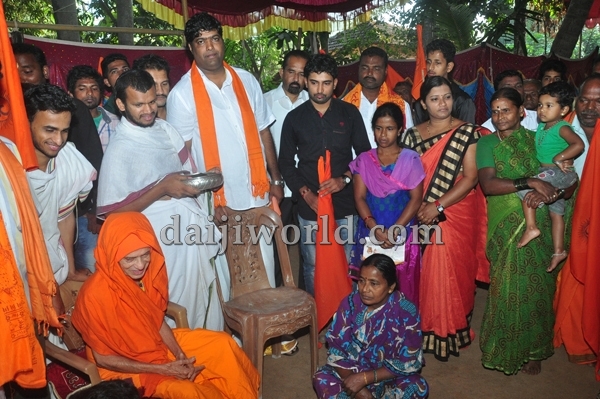 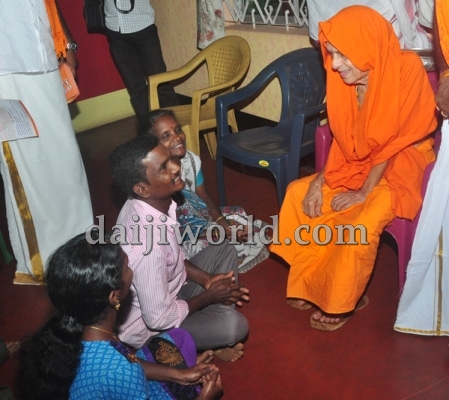 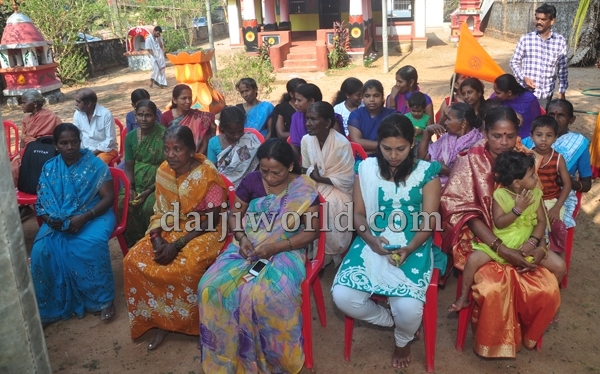 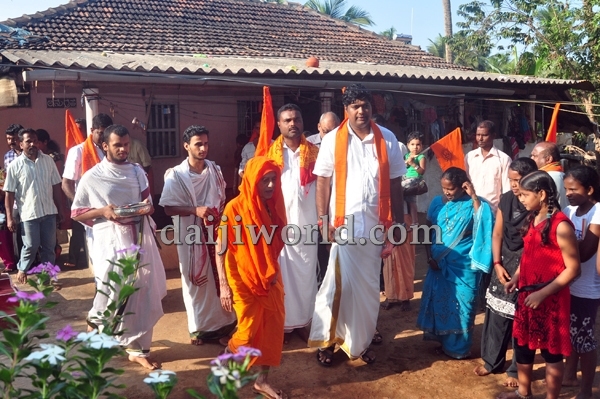 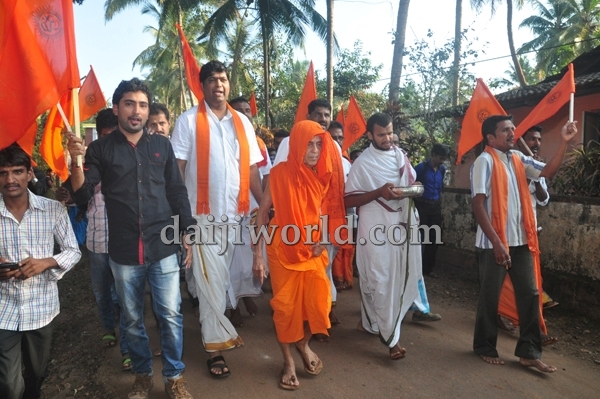 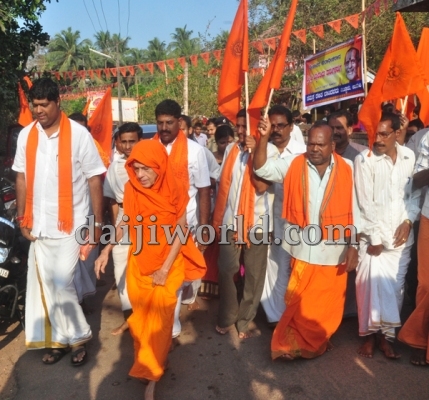 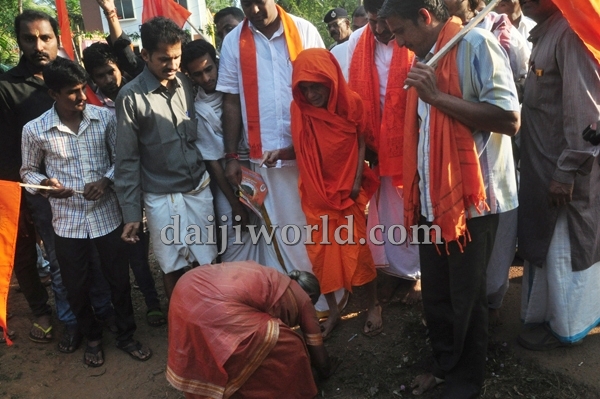 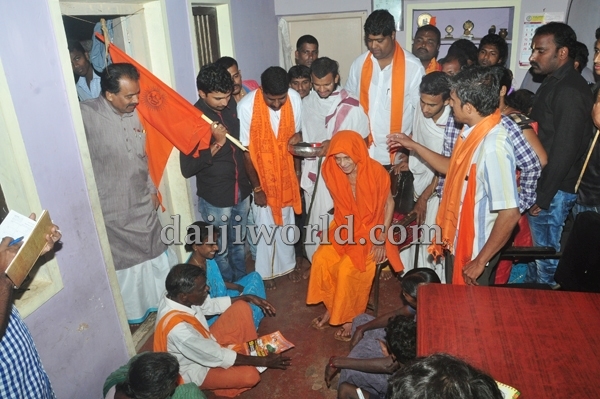 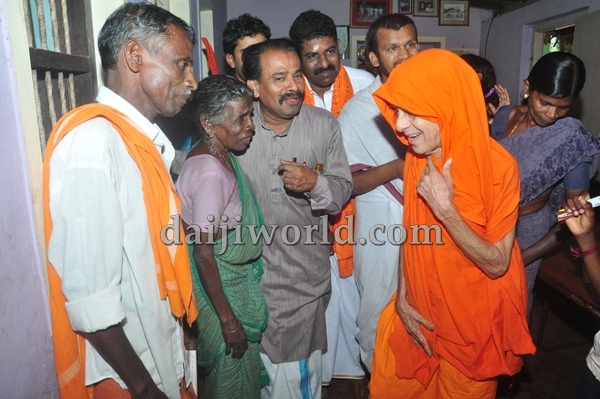 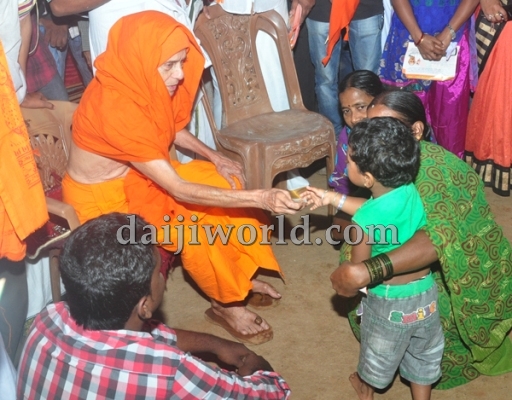 "Practice of untouchability does not exist in other religions as in Hinduism. There is no political reason behind my visit. Twenty years ago, I visited such a colony to create awareness among people about untouchability," he added.

Regarding caste discrimination at Sri Krishna Math in Udupi, he said, "I have always welcomed the idea of oneness and I am for equality in the dining hall, but I cannot force any Brahmin to practice the same and dictate where he should sit. It depends on their mindset.

"Savarna Hindus and Dalits are equal before society, and neither community is stronger, because even Dalits believe in the same Hindu god. It is not good to neglect the tribal community. All belong to the same rich Hindu culture," he said.

"A real Brahmin is one who gives up alcohol and meat," he added.

The Swamiji said that every caste's culture has its own importance, but people should cultivate Hindu traditions. "People of other castes should follow Hindu traditions. Society should achieve equality only by propagating the Hindu dharma. The welfare of the deprived people is the development of Hindu dharma," he said.

Bhaskar, a Dalit community member said, "We are very happy that Swamiji is here. It may hurt some religious leaders. No one has come here before, but Swamiji has come like god to the colony."

Pejawar Swamiji visited many houses and listened to the grievances of the colony people on discrimination in temples, work places, reservations, and facilities provided to them by society.