It was 8 o’clock in the evening. The driver parked the bus on the pavement beside the travel agent’s office. Leaving the engine on, he alighted. The agent announced the arrival of the bus from Mangalore to Goa. The cleaner assisted the passengers to place the bags in the luggage compartment. Travelers quickly boarded and began occupying their seats. Fifty-year-old Agnel burped and entered the bus. Carrying a travel bag on his right shoulder he looked for his seat. Booking was done at the last hour. His seat was reserved on the last row.

Agnel dropped his bag in the overhead compartment and sat upright in his seat. He knew sitting in the last row would worsen the discomfort with aching back and queasy stomach. Perhaps he could have managed to get a better seat if the trip was delayed for a week. He was born and brought up in Mangalore. Agnel had preferred living in Goa after buying an apartment in Vasco da Gama, a port city in the west coast Indian state. He had travelled to meet his only sister who was settled in Mangalore. His sister could not dispose of their late father’s property without his signature. Agnel decided to travel back to Goa soon after the legal formality was completed.

“Excuse me. Could I take my seat?” The man hurriedly appeared and requested him.

Agnel looked up; a surprised expression crossed his face. He knew him. Once upon a time they were neighbors. Born on the same day, studied in the same school and college, they were pitted against each other right from childhood. They competed determinedly, continuously and relentlessly. When young, he was short and stout. However, now he looked short and thin. How could he forget Henry? Agnel stood and allowed him to move in. Henry squeezed past him and occupied the window seat. 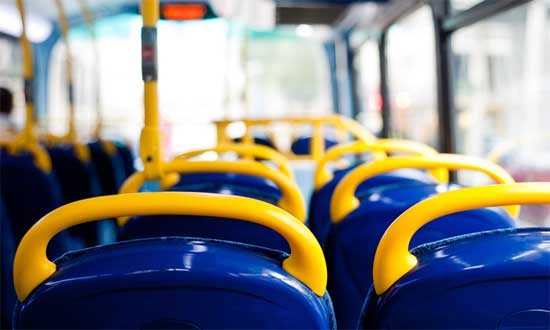 “Are you Henry Suarez?” He opened the conversation. “Do you remember me? I am Agnel Pinto.”

“We will not forget each other until our last breath.” Henry cleared his throat. “We were adversaries and we hated each other. How did we end up in the same bus on a long journey as co-passengers? That too a seatmate? This is crazy.”

“It’s unbelievable. What a coincidence! How could you be my seatmate on this trip?” Agnel shook his head in disbelief. “The contest and animosity had begun from birth to school to college. I left this city for good to find some solace. It looks like you have no plans to leave me in peace!”

“We were neighbors as well.” Henry reminded him. “It’s now over 20 years. We were done. Do you think we still carry the bad blood?”

“My father had told me our families would never be friends. We will live and die as enemies.” Agnel remembered.

“Same was cautioned at an early age by my father as well.”

“You were too good in studies. Despite efforts, I found it extremely difficult to catch up with you. That irritated my father.” Agnel took a deep breath.

“You excelled in sports and games. You won medals and everyone called you a champion. My father pushed me hard. Whereas I struggled in sports.” Henry raised his fist and dropped it slowly.

“We fought hard to grab the lead role in stage plays in both school and college.” Agnel paused for a moment.

“Your father played corrupt tricks by offering donations to the institutions. He ensured that the lead actor role was given to you.” Henry continued.

Bus agent entered, checked the tickets and signaled the driver to move ahead. The driver pressed the clutch and changed gear. The bus gradually gathered speed.

“I hate this journey!”

“I was devastated when you became school pupil leader in grade 10.” Agnel remembered.

“You had won the college union leader election in our final year. No stone was left unturned. Your father was desperate. He splurged.” Henry had not forgotten.

“We had no other choice. The Candidate who spends the most usually wins.” Agnel did not decline.

“It is called horse-trading.”

“When enemies fight to be smarter than each other, you cannot set the rules. Don’t fool yourself. You were much worse than a devil. What about your family? They were dangerous and undesirable. I was in love with Linda. Who ruined our relationship? Who spread the false rumor that I was into drugs? I was working in the Gulf. You had taken up a bank job. Before I could return on my first vacation, you were married to Linda. You must have had immense pleasure in hurting your enemy to the core. After losing the love of my life, I could not marry anyone else. You and your family played dirty. You won. I lost.” The pain overwhelmed Agnel.

“I did not win.” Henry rubbed his eyes. “It was after marriage I realized no one forgets their first love. I could never own her. Your father was never a righteous person. Your father broke my dad’s marriage alliance when they were young. I had heard this from my dad.”

Henry opened his mouth as if to speak, but didn’t say anything. They remained silent while looking into the darkness.

“If we understand the dynamics and think rationally, our fathers used us as tools to settle their scores. We turned competitive and ended up as enemies. Let us accept the truth. We were the victims of emotional manipulation.”

“I agree, we were exploited. However, it isn’t so easy to forgive and forget after holding the grudge for so long.” Agnel clenched his jaw.

“I know we had our fights over the years. I think it’s time we let bygones be bygones.” Henry tried to smile and closed his eyes.

Agnel did not smile. His enthusiasm to respond diminished. Agnel could never get over his first love. He had stayed single and unhappy. Henry had robbed his love and ruined his life. How could he forgive him? He was his enemy!

The driver parked the bus at a highway restaurant close to Udupi. Sadness swept his mind, leaving him desolate. Agnel did not feel the appetite, yet he decided to have a cup of tea. Henry got down and walked towards the washroom. After a break of about 30 minutes, the driver ignited the engine. Passengers hurriedly boarded the bus. When Agnel returned, Henry had already occupied his seat. As the bus moved, Henry swallowed a pill and gulped some water.

“Sleeping pill.” Henry clarified as if he was questioned. “This will help to sleep well without enduring the discomfort of the journey. Do you want one?”

“I do not prefer to be dependent on pills to get some sleep.” Agnel refused.

He was travelling together with the worst enemy of his life. That made Agnel awkward and unsettled. Sedated, Henry had fallen asleep. Agnel felt like strangling him to death. He closed his eyes and tried to get some sleep. Agnel woke up after dozing off for a while. Henry’s snoring annoyed Agnel. Henry’s head had dropped and rested on Agnel’s shoulder. He furiously pushed it back. Short in stature, Henry’s body slid down.

Agnel’s sleepless journey continued until the bus reached Karwar. Driver took a short break in front of a coffee shop. Agnel used the washroom and returned within five minutes. Henry’s snoring had stopped. Deep in sleep, he had turned to the other side.

The bus gathered speed as the driver accelerated. Agnel closed his eyes and fell asleep. When he opened his eyes, he heard the buzz around. The journey had come to a halt. Some of the passengers were standing and popping their heads out. He could hear the anxiety. There was a disturbance. Something had gone seriously wrong. The cleaner shouted at the standing passengers to remain seated. Henry had descended in his seat. Sleeping like a kid with folded knees, he had no clue about the impending danger.

“It appears, we are stuck on a steep mountain. We all might die if the bus tilts to the valley.” The passenger on the front sounded tense.

Agnel’s heart skipped a beat. The cleaner created a way out by opening the right-side emergency door located in the middle part of the bus. He instructed all passengers not to panic or scream and allowed the children and women to alight first. Men were made to wait. Agnel looked at Henry and showed no interest in waking him up. If the bus skids into the valley now or after he gets down, Henry would die for sure. Their relationship was destined to end this way. Agnel thought so. He was the last passenger to get down.

“Did you check? Is anyone left behind?” Cleaner asked him while stepping down.

Once exposed and adapted to darkness, Agnel felt terrified. The situation was far worse than he had imagined. They were on the top of Karmal Ghat. The bus had stopped at the edge of the cliff after passing through the damaged crash barrier. The left side front wheel had moved out of the cliff. It was hanging in the air like a kite. Although, rest of the three wheels were in contact with the ground, the left side rear wheel was balancing on the edge. Driver must have dozed off and applied brakes suddenly when woke up. Otherwise, by now the bus would have plunged deep down into the valley.

“God rescued us.” One passenger looked at the sky and offered prayer.

“What is your plan?” Visibly shaken Agnel asked the cleaner.

“All depends on the driver's skill. If the driver succeeds in moving the bus back in reverse gear, we should be able to continue our journey.” Cleaner replied. “I think the bus has been completely evacuated.”

Did everyone get down? What about Henry? There was every chance the driver could fail. Agnel had left him in a lurch on the brink of death. He looked down at the valley and gasped in disbelief. His conscience pricked him. He had never thought of killing Henry anytime in the past. Agnel always wanted to compete and outsmart him. Right now, he felt sad, solitary and inadequate.

The driver cautiously climbed into his seat. Agnel impulsively ran towards the rear wheel.

“Henry, can you hear me? Please wake up and come out. The bus is about to fall down into the valley” Agnel banged the glass.

“Are you out of your mind? Please step back.” The cleaner yelled.

“I am sorry. I believe my friend is still inside. Please allow me to rescue him.” Agnel ignored everyone and dashed towards the emergency door. He pulled the door and entered the bus. The bus teetered as soil moved downslope with the indications of landslide.

“Henry…” Agnel screamed loud, long and hard. “Wake up. The bus is stuck at the edge of the cliff. You will die if it falls down.”

Henry did not respond. Agnel shook him hard. Henry opened his eyes disoriented and scared. The bus sluggishly tilted towards the valley. The driver jumped out of his seat.

“The bus is falling off the cliff. There is no time to think. Just get out.” Agnel gasped in horror.

There was no time to think. Henry realized his life was in danger. He climbed the seat and attempted to crawl out of the window. Some of the onlooking passengers rushed for his help and pulled him out.

In a moment of desperation, Agnel threw himself towards the emergency door. Before he could save himself, the bus plunged into the deep and dark valley of treacherous Karmal Ghat.