Once upon a time, there was a nation whose people were not happy with the king. The citizens were disappointed with the way their government was functioning. Corruption was rampant. The common people were exploited by dishonest ministers of the king. The king appeared soft, humble and honourable. However, he became ineffectual by heading a deeply corrupt government. The rich accumulated wealth while the deprived sections became poorer. Trust on the king had fallen.

The oppressed desired revolt and revolution. The masses were frustrated by widespread discrimination. An upheaval occurred. A group of rebels plotted the scheme. The king’s regiment helped to overthrow the king. In a dramatic turn of events, the king disappeared from the palace and managed to escape to a neighbouring nation with his family. Now the nation was faced with the most critical question. 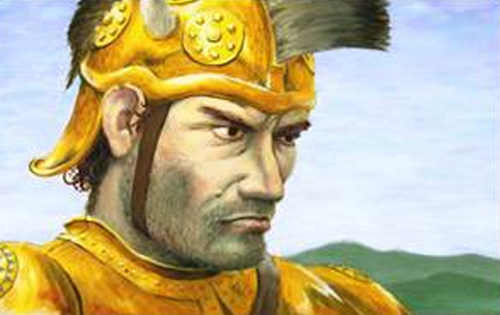 Who should be the king?

A committee of intellectuals was formed to select the king of the nation. The committee invited applications from the citizens to take up the most challenging job. A large number of rich and powerful applied for the post. The committee was not satisfied. They wanted a simple, decent, honest and upright leader. The task was never easy. When they were bogged down by the burden, an application from a common man caught their imagination.

He was poor and not highly educated. His father when alive was a street-side food cart operator. He had grown up in a poor household. The boy had helped his father in selling sugarcane juice in the marketplace. There was no clear record of his life after his formative years. He had run away from home, travelled across the nation to explore life. However, he was found suitable to be the king for his humble background, helping attitude and honesty. He was single and detached from immediate family members. The selection committee believed this would keep him incorruptible.

Thus, the sugarcane juice seller was declared king of the nation. A ministry was appointed by the king to govern the affairs of the nation. The majority were uneducated. The king experienced a sudden shift from poverty to power and wealth. The sugarcane juice seller was given a grand throne. Life had turned extravagant. He was thrilled with life in the palace and the intoxication of power. A luxurious life was gifted to him on a platter. The pressure to earn a living had departed secretly. He had the key to the treasury with lots of money at his disposal. Expensive food and clothing came free. The palace was filled with servants. He was the most important person at public gatherings surrounded by security. There was no restriction to travel abroad. He roamed a wide-open world at the tax-payers cost. The attention given by other nations during official visits made him ecstatic. He spent more time on foreign soil than on his own and earned the tag of ‘Non-Resident King’. His fondness for hugging made kings of other nations uncomfortable. However, it helped him to conceal his inferiority complex.

Suddenly, the king developed a fear of losing attention, importance and material comforts. He began hating his critics. Overpowered by greed and delusion, he desired to enjoy the throne until his death. He thought, one more revolution was never ruled out. He could be thrown out of the palace like his predecessor. A meeting was called to know the feedback from his ministers.

“What do people say about me?” the king asked.

“People are stupid,” his key advisor explained. “They seem not happy. According to them, our economy is not doing good, affected by inflation, poverty and unemployment. People think an uneducated king cannot bring progress and development.”

“That means people will accept my governance if I am educated. It is simple. You will have to create my academic certificates showing I was graduated from a very popular Gurukula. Do it immediately,” the king instructed.

“Brilliant idea your majesty my lord,” the key advisor bowed his head.

The king proved the people wrong by showing his certificates of higher education from a prominent Gurukula. That did not change the economic conditions of the nation. The growth plummeted. The feeling of discontentment among the people continued. The king called one more session with his trusted ministers.

“What do the citizens say now? Do they believe that I am highly qualified?” the king was inquisitive to know.

“They never learn. They will remain stupid,” the key advisor said frustratingly. “On what grounds do they say that a sugarcane juice vendor is unsuitable to lead this nation? They are demanding a change in power. This is unbelievable. You are highly popular all over the globe.”

“Do they continue the negative campaign?” the king was astonished. “Do you think anybody else can bring progress in this nation other than me?”

“No, your majesty my lord.”

“If I leave, someone else will occupy the throne to reap the benefits. It looks like the opposition is jealous. We will have to break them hard.”

“What is in your mind?” the key advisor was curious.

“Opposition must be having black money. Let’s surprise them by announcing demonetization. Those who are on our side will be given secret and quick exchange of old and new money. We shall identify our detractors and will make them suffer. I want to bring them to their knees.”

“Common man may not like it.” The key advisor hesitantly replied.

“Do not worry.” King scratched his grey beard. “Common man will forget the problems faced by the nation while getting occupied in exchange for money. They will be not be bothered by unemployment, inflation and dip in the economy. We shall make them believe that demonetization helped to purge black money.”

“Brilliant idea your majesty my lord.” The key advisor bowed his head.

The King announced demonetisation, which caused heavy jolt. It was a painful sight. People stood in serpentine queues to exchange their old money with new. Citizens suffered a great deal of inconvenience for the next few weeks. It consumed their working hours. In the process, the nation’s economic activity declined, and the market collapsed.

Life returned to normal after horrifying hardships faced by the common man.

“How is the situation? Did the citizens stop worrying about national issues?” King asked his cabinet after returning from a foreign visit.

“No. People are not happy.” The key advisor sounded downcast. “They still talk about unemployment, poverty, inflation and slumping economy.”

“People are falling to fake news.” King shook his head in disbelief. “I suggest let us divert the attention of people. Tell them that there are threats from the neighbouring kingdoms.”

“I got it.” The key advisor nodded. “We will have to distract our people from our domestic strife. Those who speak against the king, we shall declare them traitors.”

“Perfect counter-ploy.” King turned cheerful. “As long as I am alive, no one else should dare to be the king. I am a watchman of this great nation of rich heritage. I have more ploys up my sleeve to suppress the dissent. Why not ask the people to prove their citizenship? Those who support us will remain as citizens. Rest could be declared as illegal migrants. That will make my throne stable and safe. We will have all supporters and no detractors.”

The cabinet ministers swung into action. They appealed to the people to remain unified while neutralizing threat from the neighbouring kingdom. Those who questioned the actions of the king were charged antinational. The citizenship bill took the nation by surprise. Thousands of people took to streets and rallied in protest against new laws. Many died during clash among groups. The king silently roamed the world and allowed a campaign of hate to go on.

“How is my nation?” King asked his cabinet after returning from one more foreign trip.

“There have been bloody riots. Many have lost their lives.” The key advisor reported.

“That is good news.” King was delighted. “If they fight amongst themselves, we remain safe. It will divert public attention from the nation’s chronic economic problems. Any other issue?”

“There is a major crisis,” the key advisor hesitantly replied. “We have a cash crunch. Not much money left in the treasury. It appears we have overspent on foreign trips.”

“Do not worry. I have a quick-fix solution to this problem.” King snapped his fingers.

“We have lots of assets and properties that were earned and accumulated by past kings. Let us start selling. We will have enough cash until our time is through.” King smiled and gave thumbs up.

“You are truly genius, your majesty my lord.” The key advisor bowed his head. “How did you get this idea?”

“Let us accept our reality.” King proudly explained. “Today we have no money. So, what’s wrong if we liquidate leftover assets and properties to make our lives tick better? Experience is the greatest teacher of all. I was born and brought up in a very poor family. My father struggled to make ends meet. Do you know what he did when he fell short of money? He sold ancestral belongings. He had sold inherited furniture and cooking utensils as well.”