High court judge Anant Padmanabhan jolted out of deep sleep. Humming of ceiling fan continued over his bed. Beads of sweat had appeared on his forehead. That was strange and unnatural. He woke up and turned to his side to check the time in his cell phone. It was 11:30 pm. Creeping in darkness, he turned off the fan and switched on air-condition.

“Why AC?” His wife lifted her head from pillow. “It is cold. You must be feeling hot due to high blood pressure.”

Taking a deep breath, he switched on the fan while turning off the AC without uttering a word. Fan blades started rotating and gathered speed. 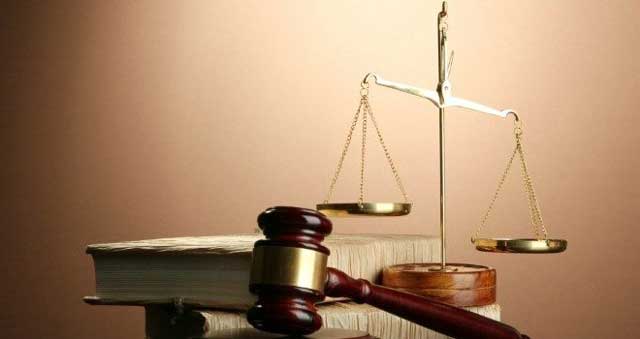 “What’s wrong with you?” She grumbled. “You are regularly waking me up in middle of the night and ruining my sleep. Something is bothering you. It’s that case, Isn’t it?”

Padmanabhan did not know what to say. He knew what was going thru his mind. She had told the truth. He went to washroom, relieved himself, washed his hands and lied on bed. His eyes remained wide open as he continued staring at ceiling fan. The wind raged from fan and he felt uncomfortable. His mind whirled and chances to fall asleep became remote with each passing moment.

Anant Padmanabhan was disturbed. He tossed and turned. A legal case had left him mentally keyed up. Being a high court judge such state was not new to him. He had undergone umpteen number of stress situations while working as lawyer and during his tenure as judge. However, by experience he had learnt the skill to switch off after office hours and get into blissful sleep.

He tried to detect the reason why the skill had deserted him.

This case had come to trial about six months back. Prime accused were two businesspersons brothers indicted under COFEPOSA law. Brothers were involved in smuggling gold from Middle East through airport. DRI investigation had found they had smuggled over 500 kg of disc shaped gold over a period. The duo had procured gold from African countries, got it melted at Dubai and smuggled into country by courier as machine parts. Scanning at the courier terminal threw up dark images indicating it contained metal. Unless the goods were opened and examined, it was not possible to find out the concealed gold.

Trial had ended and verdict was scheduled for tomorrow!

The evidence was convincing. It appeared like open and shut case. A simple criminal case had turned complicated for some reasons. Men at powerful positions had attempted to interfere and change the verdict favorable to the accused. First sign of meddling occurred three weeks back.

It was nine in the morning. Anant Padmanabhan was surprised by the unexpected appearance of the home minister. The minister’s visit without prior appointment was unusual. Armed guard had allowed the minister in. The call was unusual, that made him to ponder. Anant Padmanabhan respectfully came to hall as soon as his secretary informed him.

“Good Morning.” Padmanabhan had replied with forced grin while sitting beside home minister.

“I was on my way home after a morning walk. Just thought of you.” The minister had glanced around the hall. The presence of CC TV must had caught his eyes. He stood up and slowly walked towards balcony. Padmanabhan silently had followed him.

“The plants are lush green. Who is taking care?” The minister had entered balcony without permission.

“My wife has penchant for indoor and outdoor plants.” The judge had stepped into balcony.

“I know it is no easy job.” Home Minister had pulled the sliding door. “Human life is same as plants. One need to take lots of care to keep the life in order. An effort is needed to maintain. You must have heard the proverb: For the waywardness of the simple will kill them and the complacency of the fools will destroy them.”

“I believe you are handling the sensational gold smuggling case. The accused is powerful. He has high-level connections. I thought of warning you before verdict is given. We cannot be always good and righteous. Please take care.” He had continued.

Padmanabhan stood speechless as if he was frozen. The home minister had vacated with word of caution. This was just the beginning of chain of unexpected events. A week later, he was unnerved by an encounter with police commissioner at public park during his customary walk. It was Sunday morning.

“I have something to discuss. Shall we sit and talk for a while.” Police commissioner had proposed.

“Why not?” Judge sat next to him on a concrete bench.

“Is there any progress with gold smuggling case?” The police commissioner had inquisitively asked.

“Accused are blessed with strong political connections. DRI officials hurriedly filed this case. Otherwise it would not have reached the court.” Police commissioner had whispered in his ear. “I can see a real opportunity to make some good money. Not peanuts, real good money. Minimum of twenty million should be as easy as eating a piece of sweet, juicy pie.”

“Give it a serious thought.” The police commissioner had got up and continued to run at slow pace.

Padmanabhan was left alone unsettled over the bench. He felt sick, discontinued his walk and returned home.

The chain of uncommon incidents did not stop. The scary wind virtually had never let up. He had taken his wife to a five-star restaurant last weekend. They had occupied back seat of their car after dinner and driver was behind the wheel. A pick-up truck had deliberately hit the rear bumper while moving out from the gate. They had jerked back and forth. Driver had involuntarily stopped the car with intention to step out. By then two strangers appeared at back seat door and pulled the door open. The couple and driver were terrified.

“Judge Sir…” One bent down and peeped inside. “Do not worry. A very small dent. Who knows? Next time, a truck might hit and run away. Keep you and your family safe by giving a favorable verdict to the defendant of gold smuggling case.”

Strangers had left immediately after the threat.

“Do not stop. Take us home.” Padmanabhan had instructed the driver.

The ordeal had left his wife pale and drawn. Soon after the incident, he was given X level security by local police on request.

Judge Padmanabhan struggled to get sleep. He quietly got up from bed without disturbing his wife. Walking in darkness, he reached dining table. He drank water and sat for a while. Political pressure was not new. He had experienced in the past and always tried hard not be susceptible to outside interventions. However, this was a bit strange. Different tools were used in one case to undermine judicial system. Political muscle, money power and physical threat had come as package. The situation had worsened and degenerated into battle of integrity. Dealing with conflict had become a tough challenge.

A difficult decision had to be taken. Padmanabhan sauntered in room for next fifteen minutes. He returned to his bedroom and tried to fall asleep. Somehow managed to get some sleep after 4 am. His wife waked him up at 6 am. Morning routine was complete as he joined for breakfast at 8 am. His secretary arrived at 9 am. The next course of action was planned with the secretary. Thereafter, he left home to attend court proceedings.

As his car stopped outside the court building, group of press reporters and photographers came running to meet him. The attentive security guard stopped them getting closer. His secretary arranged a press conference outside the court hall.

“Please give me ten minutes.” The judge requested with folded hands. “I will join you quickly.”

The gathering buzzed in anticipation as he walked through them to his office. Padmanabhan retuned to press conference after a conversation with Chief Justice. He was instantly surrounded by journalists.

“Good Morning.” The judge greeted the audience. “A press conference in this manner on an ongoing trial is unusual. It is with no pleasure I am compelled to call this press event. I was expected to give verdict on gold smuggling case on this day. However, many things, which are, less than desirable, have happened in last few weeks. I am pained to reveal that some outside forces have tried to intervene and influence the verdict.”

“Who are they?” Press reporters screamed.

“I would not reveal the names at this moment.” Padmanabhan replied. “I am withdrawing from this case.”

“Does it mean outside factors succeeded in creating fear in you?” One hurriedly questioned.

“Fear is natural.” The judge justified his stand. “It can create anxiety; doubt and it can cause worry. Outside forces tried everything including political manipulation, bribe offer and physical threat. I condemn the forces that used unethical ways to give verdict in their favor. By doing so, they threw me into a situation of inner conflict. I am making way to a new judge who could hear the case without outside pressure and end up in giving a fair verdict.”

“Why are you hiding the names?” someone asked. “Are you succumbed to fear?”

“I am not hiding any names.” He responded. “It is not proper to make the names public at this juncture. The Governor and Chief Justice have been briefed. Necessary action will be taken through proper channels.”

“There are only two ways to deal with fear.” Padmanabhan concluded after a brief pause. “Surrender or fight. I chose to fight. That is all what I want to say. Thank you.”

Judge Padmanabhan was greatly relieved on his way to his office after concluding the press event.